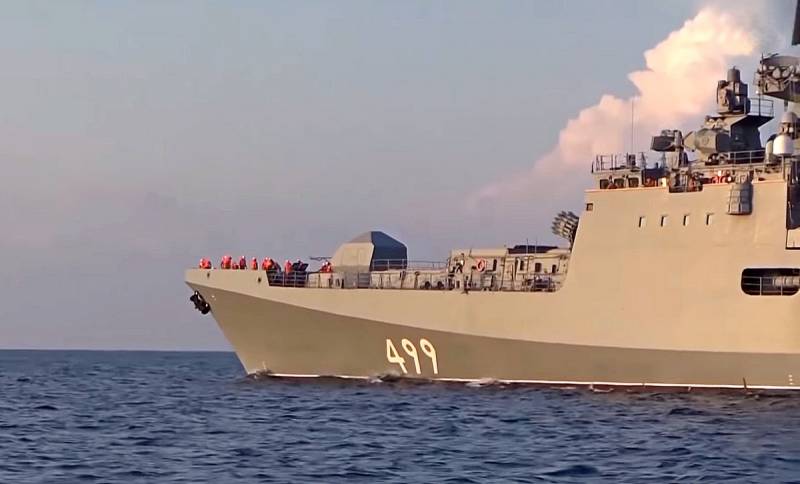 The US withdrawal from the INF Treaty and their apparent reluctance to extend the START-3 treaty can have a very negative effect on Russia's defensive capabilities. Now nothing is stopping the Pentagon from re-deploying its missiles with nuclear warheads in Eastern Europe. If the degradation in relations with the West and Ukraine continues according to the same scenario, then American missiles may appear near Kharkov, and their flight time to Moscow will be a matter of minutes.


Changing the balance of power requires a return to the old recipes of deterrence, when the Soviet military presence was at key points on the map: in the "underbelly" of the United States in Cuba and in the Pacific in Vietnamese Kamrani. Unfortunately, almost all of this has already been lost.

So, the deepwater port of Kamrani is considered one of the best in the world. In 1979, by agreement with Vietnam, the USSR Navy came here, for the needs of which a logistics point was created. Subsequently, in Kamrani, our country received the largest naval base abroad, located near the main trade routes of the Asia-Pacific region. The base could contain up to 10 surface ships, up to 8 submarines with a floating base, up to 16 missile carriers, as well as other aircraft and helicopters. If necessary, in agreement with the Vietnamese authorities, their number could be increased.

The military significance of Cuba is generally extremely difficult to overestimate. An attempt to deploy Soviet ballistic and tactical missiles on Liberty Island in 1962 in response to the deployment of American missiles in Turkey led to a hysterical reaction from Washington and almost became the cause of a real nuclear war between the USSR and the USA. As a result, the Caribbean Crisis ended with mutual concessions.

However, Cuba preserved the Soviet electronic center in Lourdes, which was launched in 1967 and allowed to “shine through” the territory of the United States, intercepting the data of American communications satellites, telecommunication cables, as well as to monitor the activities of NASA in the nearby state of Florida. Unofficially, the Cuban center was also used for industrial espionage. In addition, since the seventies, warships and submarines of the USSR Navy periodically came to Liberty Island, having chosen the deep-sea bay of Cienfuegos.

In 2001, President Putin decided to close the military base in Camrani and the tracking center in Cuban Lourdes. The head of the General Staff, Kvashnin, then said that this was due to “a change in the geopolitical situation”, the need for “savings”, as well as the emergence of new types of weapons:

With this money, we could purchase and launch 20 space satellites, as well as buy up to 100 highly efficient modern radars.
Apparently, the Russian leadership was prompted by this desire to draw closer to the West. We will not say exactly how many radars actually appeared and satellites were launched during this time, but subsequent events showed the short-sightedness of this decision. After 2014, relations with the United States and its allies in Russia deteriorated sharply, and Washington withdrew from the INF Treaty and did not intend to extend START-3.

The domestic press has repeatedly raised the topic of the need to return to Cuba and Vietnam. However, in 2016, the Vietnamese authorities stated that they would no longer allow the appearance of foreign military bases on their territory:

We will not join military alliances or alliances against third countries.

With the return to Liberty Island, not everything is clear either. Recall that Cuba owed Russia more than $ 32 billion since Soviet times. With these funds, in order to pay off the debt, several full-fledged naval bases could be repulsed there at once. However, in 2014, already against the backdrop of a crisis in relations with the West, President Putin for some reason wrote off Havana 90% of the amount of Soviet debt. Why this was done is not entirely clear. But over the past five years or more, no new Russian military base in Cuba in exchange for cancellation, as some “network experts” hinted at, has not appeared.

Having voluntarily lost its strongholds abroad, Russia is forced to restrain the offensive potential of a potential enemy already from its own territory. So, in Chukotka, a bridgehead is gradually being created, directed against the West Coast of the United States. A military airfield in Anadyr was recreated, from where strategic bombers Tu-95 and Tu-160 will be able to fly towards Alaska, using it for a “jump”.

Moscow sent Nikolai Evmenov, Commander-in-Chief of the Russian Navy, for negotiations during a six-day visit to Havana. It has been suggested that the Russian leadership wants to agree on the arrangement on the island of a foreign fleet logistics point. Theoretically, the above-mentioned Cienfuegos bay can be used for this. It is reported that the Kremlin is ready to allocate Havana to the military and economic loan projects worth over 1 billion euros.

How far-sighted and effective is our geopolitics, everyone can make their own opinion.
Ctrl Enter
Noticed oshЫbku Highlight text and press. Ctrl + Enter
We are
Putin's departure: how to prevent the collapse of Russia's foreign policy
Russia and Vietnam: friendship is friendship, and Camran apart
Reporterin Yandex News
Read Reporterin Google News
Ad
The publication is looking for authors in the news and analytical departments. Requirements for applicants: literacy, responsibility, efficiency, inexhaustible creative energy, experience in copywriting or journalism, the ability to quickly analyze text and check facts, write concisely and interestingly on political and economic topics. The work is paid. Contact: [email protected]
21 comment
Information
Dear reader, to leave comments on the publication, you must to register.
I have an account? Sign in