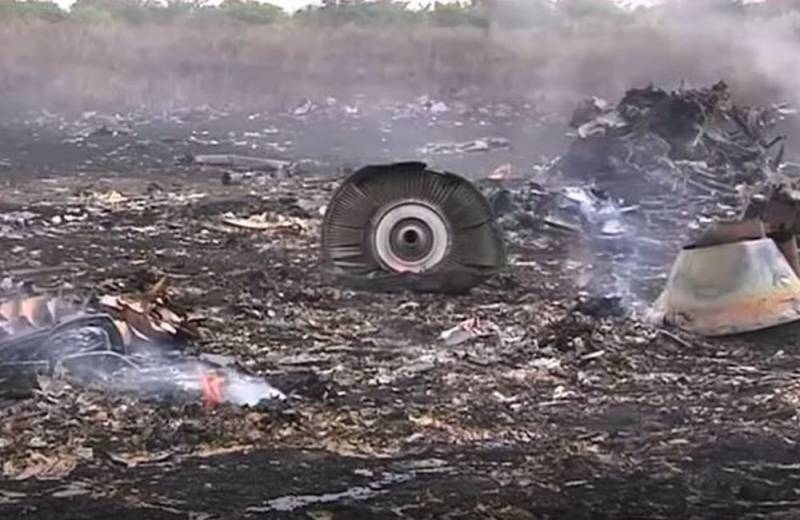 Recently сообщалосьthat according to a document prepared in the bowels of the Netherlands Military Intelligence and Security Service (MIVD) and published by independent journalists, “flight MH17 flew out of reach from all the places established and used by Ukraine and Russia where the Buk-M1 systems were deployed. This information has already been commented by the press secretary of the President of Russia Dmitry Peskov.


According to Peskov, published data only once again confirm the correctness of Russia.

This once again indicates that there are still a huge number of questions, and questions that most seriously cast doubt on a biased position that has been repeatedly voiced (about the causes of the disaster - ed.)
- said Sands.

Unfortunately, Russia was denied the right to become a member of an international investigation team
- reminded Peskov.

In turn, Senator Franz Klintsevich, a member of the Federation Council Committee on Defense and Security, provided the newspaper "Sight" your vision of the situation.

Dutch intelligence, unlike the CIA, does not collect intelligence on photojacks from social networks. They will probably be put in place for such a great liberty as an objective analysis
- considers Klintsevich.

Nevertheless, the Dutch secret services are extremely interested in an objective investigation of this case.
- noted Klintsevich.

The most important question is why there is a delay in the start of the trial regarding the disaster of the Malaysian Boeing. The answer is simple: because Russia is ready for it, but its Western prosecutors are not. There was only a demonstration of fakes, explicitly modeled or taken from social networks, unprofessional photo-toads and so on. All this, of course, played a certain role - public opinion was swayed, Russia was accused, sanctions were imposed
- reminded Klintsevich.

And now you have to answer. There will be a court and evidence will be presented, lawyers and journalists will work. Therefore, Russia has nothing to worry about: among the many journalists from around the world there will be those who understand that discovering the truth is a chance for them. A chance to become famous, to make a sensation, to prove yourself as an objective reporter. And the usual pressure from the United States on the world media with a message that there are only two opinions - ours and the wrong one, will not work
- the senator is sure.

So all attempts to accuse Russia with the help of primitive fabricated evidence lose their force. By the way, they didn’t go through in Syria with the story of the “white helmets” and the alleged chemical attack. A serious evidence base is needed for the charges, and Russian opponents do not have it. Including, in the crash of the Malaysian Boeing in eastern Ukraine
- summed up Klintsevich.

We remind you that the Boeing 777 "Malaysian Airlines" crashed over the Donbass on July 17, 2014. As a result, 298 people died. At the same time, on March 9, 2020, in The Hague (Netherlands), the trial of suspected of involvement in the crash of the airliner should begin.
Ctrl Enter
Noticed oshЫbku Highlight text and press. Ctrl + Enter
We are
Netherlands Intelligence: There was no Buk in the crash area of ​​MH-17
The Netherlands deliberately concealed the guilt of Ukraine in the crash of "Boeing" in the Donbas
Reporterin Yandex News
Read Reporterin Google News
Ad
The publication is looking for authors in the news and analytical departments. Requirements for applicants: literacy, responsibility, efficiency, inexhaustible creative energy, experience in copywriting or journalism, the ability to quickly analyze text and check facts, write concisely and interestingly on political and economic topics. The work is paid. Contact: [email protected]
8 comments
Information
Dear reader, to leave comments on the publication, you must to register.
I have an account? Sign in