To catch up with Belarus, Ukraine will need 50 years and $ 100 billion 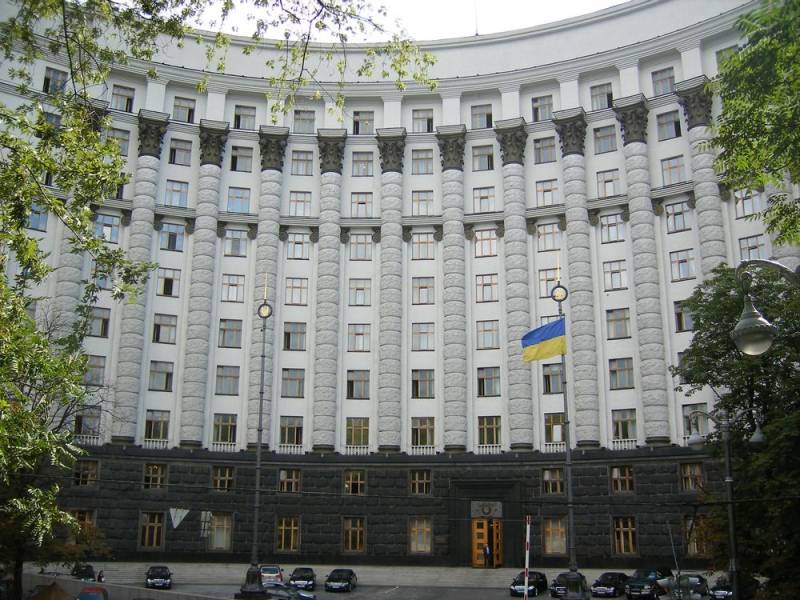 The famous Ukrainian “grant-eater” with indefinite sexual orientation Timofey Milovanov, “economist, philosopher and professor” from the party of the “philanthropist” George Soros, currently working as the Minister of Development economics, trade and agriculture of Ukraine, talked about the significant technological lag "independent" from neighboring countries. At the same time, he said that the depreciation of fixed assets in the Ukrainian economy is 62%, which is much higher than that of neighbors.

The percentage of high-tech goods and services in export is 17%, all the rest is raw materials ... In the processing industry, 3% are high of technologies. Our economy is now technologically advanced. We need to restore and catch up with the world.
- Milovanov said during the presentation of the government program “Economic Strategy: Growth Through Investments”.

According to Milovanov, Ukraine needs billions of dollars of investments, which have not been since the 90s, to increase the manufacturability of production and reduce the level of depreciation of fixed assets. 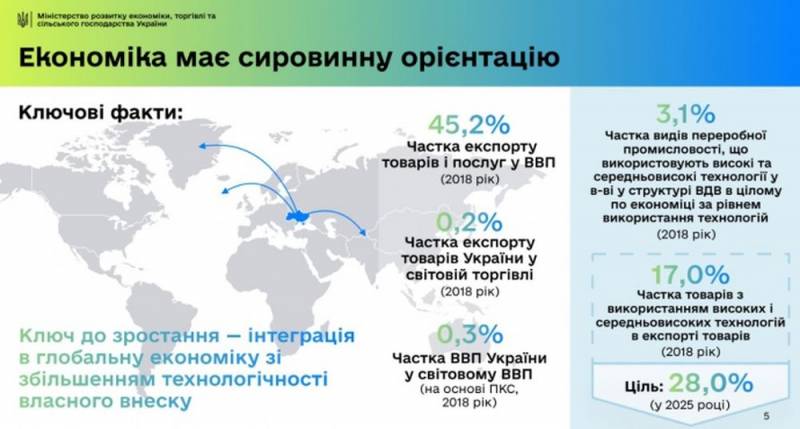 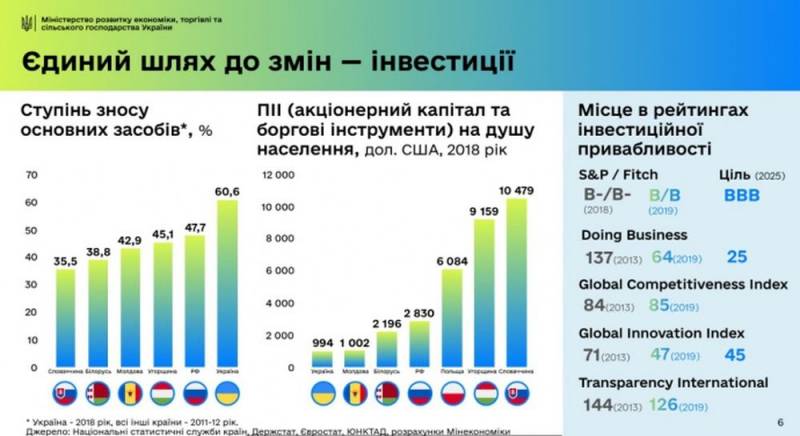 Since the 90s, the industry that has remained for us, in fact, has eaten it. Agro and IT began to recover, but in most cases there was no investment inside. Because the money was withdrawn from Ukraine or from companies. Today we are in a state that is a consequence of this
- summed up Milovanov.

In fact, the chief economist of the “nation” told how they “devoured” the legacy of “totalitarianism”. At the same time, he signed his complete professional helplessness and demonstrated the entire “economic efficiency” of the Ukrainian authorities, for three decades of its existence. We remind you that Milovanov has been in the post of Minister since August 29, 2019. During this time, he became a defendant in a number of high-profile scandals that have nothing to do with investments or the economy of Ukraine.
Ctrl Enter
Noticed oshЫbku Highlight text and press. Ctrl + Enter
We are
Ukraine offered to sell the United States "for protection"
Ukrainian university refused to teach in Ukrainian
Reporterin Yandex News
Read Reporterin Google News
Ad
The publication is looking for authors in the news and analytical departments. Requirements for applicants: literacy, responsibility, efficiency, inexhaustible creative energy, experience in copywriting or journalism, the ability to quickly analyze text and check facts, write concisely and interestingly on political and economic topics. The work is paid. Contact: [email protected]
3 comments
Information
Dear reader, to leave comments on the publication, you must to register.
I have an account? Sign in