Force to drive the Turks out of Syria will not work: how to solve the conflict in Idlib 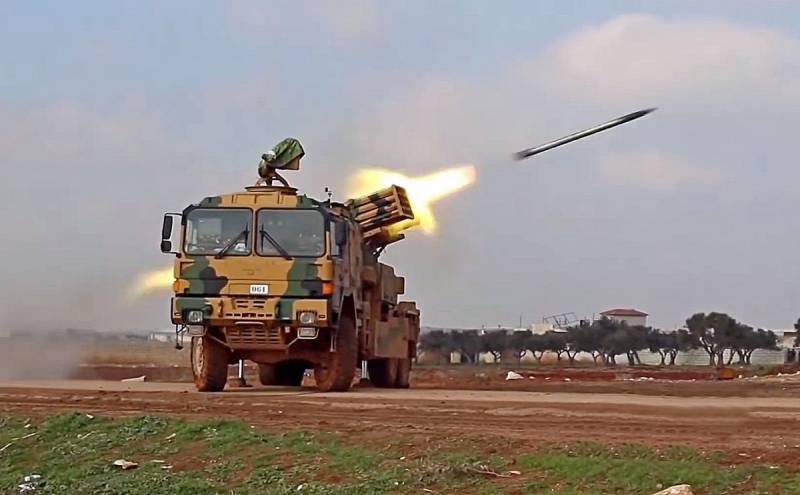 The operation of government troops to liberate northern Syria from terrorists, carried out with the support of the Russian Aerospace Forces, continues. Amid success, President Bashar al-Assad promised the complete liberation of the provinces of Aleppo and Idlib from militants. However, with each next step, the risk of a direct clash between Syrians and Russians with the Turkish army increases.


The main reason for such a rapid advance of Assad’s troops is that they are opposed not by a systemic opponent, but by the so-called “barmalei”. Unfortunately, further everything will be much more complicated. Ankara gathered in Idlib, according to some sources, a group of 7 thousand military personnel with 2 thousand military units equipment. This is more than the combined Russian and American contingent in the SAR. Moreover, the Turks are doing everything in a pointed manner and not hiding to indicate the seriousness of their intentions.

The fact is that Ankara has something to lose if Damascus succeeds. Two large-scale military operations have already been undertaken so that Turkey can take control of the northern border of Syria to stop the so-called Kurdish threat. On this, President Erdogan decided not to limit himself and in fact turned Idlib and part of the neighboring province of Aleppo into a real terrorist enclave.

This Ankara killed three birds with one stone. Firstly, control over the border and the “buffer zone” from the armed groups of the Kurds. Secondly, due to these territories, it is possible to solve the problem with the millions of Syrian refugees who are Turkey itself unnecessarily. This is a minimum program. Thirdly, a de facto quasi-state not controlled by official Damascus was created in the SAR, where oppositionists dissatisfied with the Bashar al-Assad regime flocked. In the long run, Ankara could use this geopolitical trump card to change power in Syria, which was a province of the Ottoman Empire a century ago, and bring its own “pocket satraps”. And this is the maximum Turkish program.

For obvious reasons, these plans cannot be delighted in Damascus and Moscow. There are irreconcilable contradictions between the parties that can only be resolved by force. But with this the Allies may have serious problems.

In fact, the Syrians have already stopped, not having passed the last 8 kilometers to the capital Idlib. It turned out to be enough for the Turkish military to deliver a series of attacks on their positions. In order to slow down the air support of the Russian Aerospace Forces, the Turks handed out to the militants MANPADS of unknown production, with the help of which they had already shot down two Syrian helicopters. President Erdogan directly threatened to bring down "any planes" that would operate in Idlib, apparently alluding to the Russians. It can be assumed that if a decision is made, more serious anti-aircraft systems will be involved.

The situation has come to the point where it is necessary either to negotiate, or to fight seriously, with corresponding losses on both sides. Apparently, at this stage, the most rational is to reach a new agreement with Turkey on the next redistribution of the north of Syria, in which Ankara’s ambitions will significantly decrease, but its interests will be respected.
Ctrl Enter
Noticed oshЫbku Highlight text and press. Ctrl + Enter
We are
Ukraine from the inside: traitors, curators and those who watch from the Kremlin
Ten "defeats" of Putin
Reporterin Yandex News
Read Reporterin Google News
Ad
The publication is looking for authors in the news and analytical departments. Requirements for applicants: literacy, responsibility, efficiency, inexhaustible creative energy, experience in copywriting or journalism, the ability to quickly analyze text and check facts, write concisely and interestingly on political and economic topics. The work is paid. Contact: [email protected]
10 comments
Information
Dear reader, to leave comments on the publication, you must to register.
I have an account? Sign in