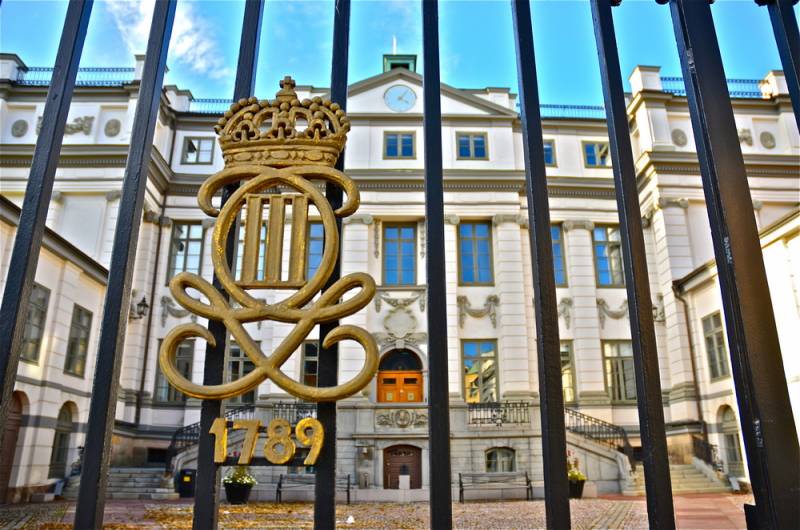 According to the decision of the Supreme Court of Sweden, Lithuania, which decided to earn money by co-operating with the Russian Gazprom, now it will have to pay itself.


As follows from the message of the Ministry of Energy of Lithuania, the Baltic Republic in the last instance lost the case of financial claims against a Russian gas producer in the amount of $ 1,4 billion.

TASS quotes the message of the Lithuanian department:

The Swedish Supreme Court rejected Lithuania’s request for a review of the decision of the appellate court of that country, which was unfavorable for us, which upheld the 2016 Stockholm arbitration order.
In view of this decision, the dwarf Baltic tiger will have to pay legal costs in the amount of 10,5 million euros from its own pocket (read - from the pocket of its citizens).

The decision of the Supreme Court of Sweden was the result of an eight-year lawsuit initiated by the Lithuanian authorities.

In Vilnius, they clearly overestimated their strength when they filed a lawsuit in the Stockholm arbitration in which they stated that Gazprom had abused the monopoly position and in 2004-2012 “milked” the unhappy young European democracy.

Having filed a lawsuit, the Lithuanians did not bother with the most important thing - the evidence base, and, as expected, lost.

Perhaps this example will cool a number of hotheads, including from Ukraine, who want to earn millions of bonuses from scratch.
Ctrl Enter
Noticed oshЫbku Highlight text and press. Ctrl + Enter
We are
Details of court ruling on gas dispute between Russia and Ukraine are disclosed
The Supreme Court of Ukraine supported the subsidiaries of Russian banks
Reporterin Yandex News
Read Reporterin Google News
Ad
The publication is looking for authors in the news and analytical departments. Requirements for applicants: literacy, responsibility, efficiency, inexhaustible creative energy, experience in copywriting or journalism, the ability to quickly analyze text and check facts, write concisely and interestingly on political and economic topics. The work is paid. Contact: [email protected]
5 comments
Information
Dear reader, to leave comments on the publication, you must to register.
I have an account? Sign in