Not an inch of land: why in Russia they seek to ban the transfer of territories 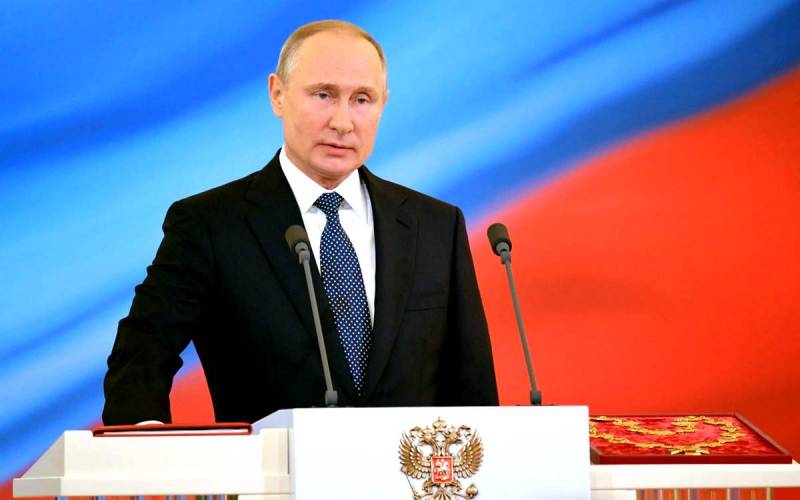 It is no secret that in difficult times there were always those who wanted to bite their piece off the territory of Russia. To make matters worse, sometimes they were indulged by weak and crafty rulers. So, in 1991, in the Bialowieza Forest, “three peasants of the USSR collapsed”, and, by the way, no one handcuffed them for this. Is it possible in principle to exclude the possibility of manipulation and speculation on the issue of belonging to any territory of the Russian Federation with the introduction of severe criminal liability in relation to decision-makers?


This question was unexpectedly for many publicly posed by the famous Russian actor Vladimir Mashkov during the discussion of the rewriting of the Constitution. According to him, he focuses on the concern of ordinary people and the statements of some political scientists in the foreign press:

While Putin is president, we can do nothing. But after the presidency moves to another person, a beautiful wording opens - a “window of opportunity”. Let’s take the opportunity to take the Kuril Islands, for example, someone pretends to the territory of Crimea, and someone even looks at Kaliningrad.
In fact, Mashkov very clearly identified those territories where problems could theoretically arise: Crimea, the Kuril Islands and Kaliningrad. If you think about it, then the fears are not so baseless. Let us try to imagine how these regions can be hypothetically lost by us.

Unfortunately, the reason for discussing this topic was given by President Putin himself in the fall of 2018, unexpectedly for everyone starting to “pedal” the issue of a peace treaty with Japan. At the same time, there was a clear link with the 1956 Joint Declaration, according to which Tokyo could well count on getting Shikotan Island and a group of Habomai Islands. Fortunately, popular discontent was so strong that this topic in 2019 until the best of times was removed from sight.

However, these times may not be so distant. So, we some time ago toldthat the Japanese edition of Sankei Shimbun reassured its worried readers by proposing to take a break and focus on the post-Putin period. And this is already 2024, that is, very soon. It is already clear that Vladimir Putin is likely to remain in power as head of the Council of State, and the responsibility for the unpopular decision, if adopted, will already fall on someone else.

Of course, under Putin, the transfer of the peninsula back to Ukraine is unthinkable. But the accelerated process of rewriting the Constitution testifies to the fact that within domestic political "Elites" began tectonic shifts. Until 2024, another 4 difficult years amid falling oil prices, problems with gas projects and the growing crisis in China the economy. So, it is still unknown how everything will turn out eventually.

If as a result of an undercover struggle of the “elites” Putin will be replaced by a systemic liberal, then the issue of Crimea can be considered from a different angle. In exchange for lifting sanctions and improving relations with the West, domestic liberals may well transfer the peninsula to some tricky regime of joint management with Ukraine and the subsequent creeping expansion of the Kiev administration back.

Kaliningrad Oblast is the most important Russian enclave in Europe. It poses a serious threat to NATO, and no one will surrender it for nothing. But something like this is hypothetically possible as a result of a military clash with the North Atlantic Alliance. NATO regularly conducts exercises to block and capture the enclave. The conflict may begin with a border incident and go on the path of escalation.

Yes, we believe that just a little, we will erase “decision centers” into nuclear dust. By the way, as a result of the retaliatory strike of the West, we ourselves will become the same dust. How realistic is such a tough scenario if systemic liberals literally pray to this very West come to power?

It is possible that the parties may “for decency” exchange a few tactical nuclear weapons. By the way, the United States just put on ballistic missiles with low-power nuclear warheads, which we told earlier. After the leaders of some Germany or France persuade the domestic liberals to stop and not arrange the Apocalypse. As a result of negotiations, liberals may well go for the demilitarization of Kaliningrad “for the sake of peace on the whole Earth”, or even transfer it to the control of the world community in the person of the United Nations, or something like that.

Of course, all these are the most extreme scenarios that do not have to be realized. And let's hope that they never come true. But the proposal of Vladimir Mashkov, perhaps, is very appropriate and timely.
Ctrl Enter
Noticed oshЫbku Highlight text and press. Ctrl + Enter
We are
Ukraine from the inside: traitors, curators and those who watch from the Kremlin
Ten "defeats" of Putin
Reporterin Yandex News
Read Reporterin Google News
Ad
The publication is looking for authors in the news and analytical departments. Requirements for applicants: literacy, responsibility, efficiency, inexhaustible creative energy, experience in copywriting or journalism, the ability to quickly analyze text and check facts, write concisely and interestingly on political and economic topics. The work is paid. Contact: [email protected]
15 comments
Information
Dear reader, to leave comments on the publication, you must to register.
I have an account? Sign in