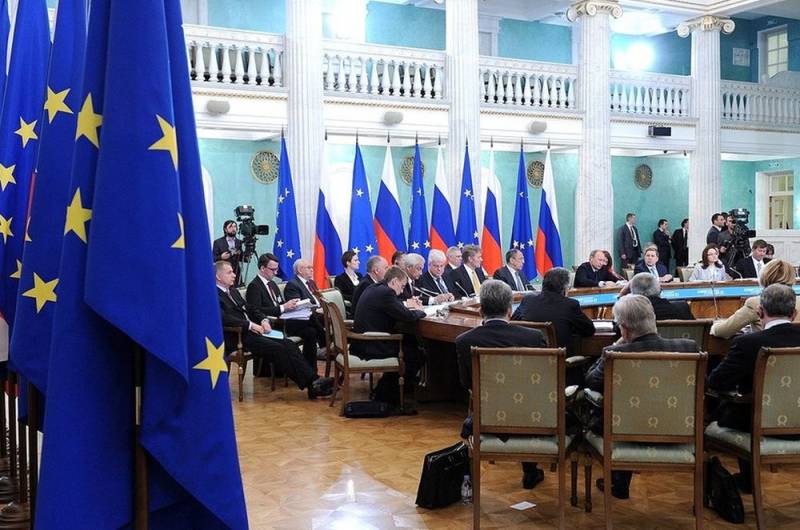 On February 15, 2020, during the Munich Security Conference, French President Emmanuel Macron declared that Russia cannot be blocked and ignored. The French leader is confident that Europe needs a dialogue with Russia to resolve frozen conflicts and cybersecurity. At the same time, Russian Deputy Foreign Minister Alexander Grushko, on the sidelines of this conference, said that Moscow was "carefully analyzing" Macron's proposal to improve dialogue.


In comments RBC Grushko specified that Europe should take concrete steps to improve relations with Russia, changing its systematic approach to dialogue. According to Grushko, improving relations is possible only in case of changes policy two key institutions of Europe - NATO and the European Union.

First, Moscow expects more specifics from the EU. After all, the current attitude of the European Union towards Russia is rooted in the activities of the EU High Representative for Foreign Affairs and Security Policy Federica Mogherini, that "even with the greatest stretch of the imagination can not be described as some kind of strategy or intelligible policy."

Secondly, the "peace-loving" and regularly increasing in size NATO bloc needs to stop focusing on "deterring" Russia, trying to return everything during the Cold War. Indeed, it was on the initiative of the Alliance that all cooperation projects were suspended. At the same time, the Alliance continues to “uselessly spend money”, building up its military potential on the “eastern flank”.

Thirdly, it is necessary that European countries show more independence in relation to Russia without looking at Washington, even if it is against normalization of relations with Moscow. That is, the Europeans must reconsider what was imposed on them from the United States.
Ctrl Enter
Noticed oshЫbku Highlight text and press. Ctrl + Enter
We are
In Poland, they were surprised by the “bows” of Macron to Russia
Scandal in France: Macron sharply spoke about "Ukrainian gangs"
Reporterin Yandex News
Read Reporterin Google News
Ad
The publication is looking for authors in the news and analytical departments. Requirements for applicants: literacy, responsibility, efficiency, inexhaustible creative energy, experience in copywriting or journalism, the ability to quickly analyze text and check facts, write concisely and interestingly on political and economic topics. The work is paid. Contact: [email protected]
7 comments
Information
Dear reader, to leave comments on the publication, you must to register.
I have an account? Sign in