C919 under attack: US considers ban on aircraft engine shipments to China 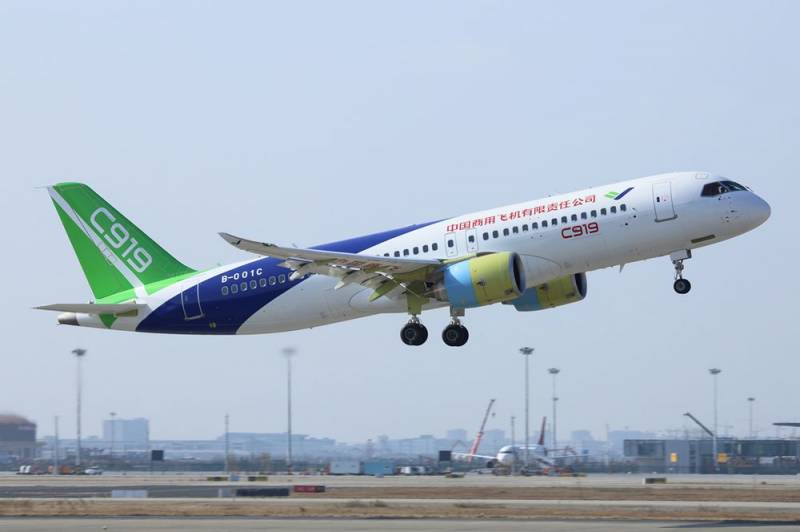 In the summer of 2019, the developers of the Chinese narrow-body medium-range airliner S919 reportedthat they are ahead of their Russian counterparts developing the Irkut MS-21 (“XNUMXst Century Mainline Aircraft”). And now, the US authorities have already thought about introducing a ban on the supply to China of aircraft engines manufactured by the American corporation General Electric and the French industrial conglomerate Safran SA.


The thing is that these companies produce the engine that is needed for the C919. At the same time, US authorities fear that China will take advantage of supplies and create a similar engine. Therefore, the issuance of the necessary license to a joint venture (joint venture) CFM International is in question. For clarity, CFM International is a joint venture of French Snecma (Safran's subsidiary) and American GE Aviation (a division of General Electric).

It should be added that the C919, developed by the Chinese company Commercial Aircraft Corporation of China (COMAC), is a family of passenger aircraft designed for 156-190 seats. This is part of China’s long-term goal of breaking the duopoly of Airbus and Boeing, and it will undoubtedly compete with the Russian MS-21. According to COMAC, orders for 570 such airliners have already been received. By the way, the C919 should not be confused with the joint Sino-Russian development of the wide-body long-range CR929.
Ctrl Enter
Noticed oshЫbku Highlight text and press. Ctrl + Enter
We are
Chinese mid-range С919 ahead of the Russian MC-21 airliner
The newest Russian liner MC-21 may fall under the new sanctions
Reporterin Yandex News
Read Reporterin Google News
9 comments
Information
Dear reader, to leave comments on the publication, you must sign in.