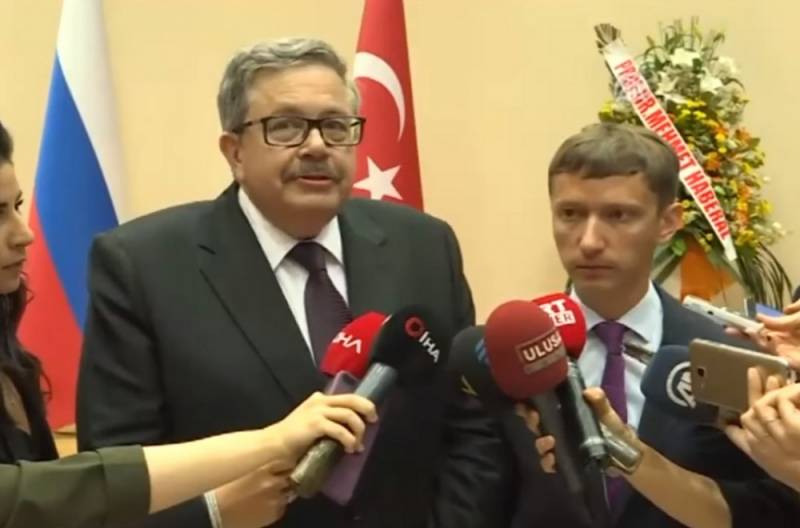 The escalation of hostilities in Idlib, as a result of which Turkish soldiers died, caused the anti-Russian hysteria, which was organized by the Turkish “divan troops” in social networks.


In an interview with Sputnik.tr, the Russian ambassador to Turkey, Alexei Yerkhov, said that the Turkish social media segment was filled with threats against him.

He cited several examples of threats that he had to face in social networks: “Farewell to life”, “No one will mourn you”, “It is time for you to burn”.

The diplomat noted that this exacerbation is far from the first since Russia began to provide assistance to the Syrian government: something similar happened already five years ago, when fierce battles were fought in Aleppo.

The representative of the foreign ministry recalled that at that time the escalation of the situation by Turkish users and the media ended with the assassination of Andrei Karlov and the “plane” crisis, when Turkey shot down a Russian combat aircraft.

Alexei Yerkhov expressed regret that history has not taught the Turkish authorities anything, and Ankara’s reluctance to accept someone else’s point of view may turn into a new disaster.

Recall that in the province of Idlib, Syrian government units are fighting with pro-Turkish groups from the so-called “armed opposition”.
Ctrl Enter
Noticed oshЫbku Highlight text and press. Ctrl + Enter
We are
Turkey moves troops to Syria to avoid “nightmare scenario”
US refused to fight for Turkey in Syrian Idlib
Reporterin Yandex News
Read Reporterin Google News
3 comments
Information
Dear reader, to leave comments on the publication, you must sign in.