Zelensky will build a "garden city" for immigrants from the Crimea 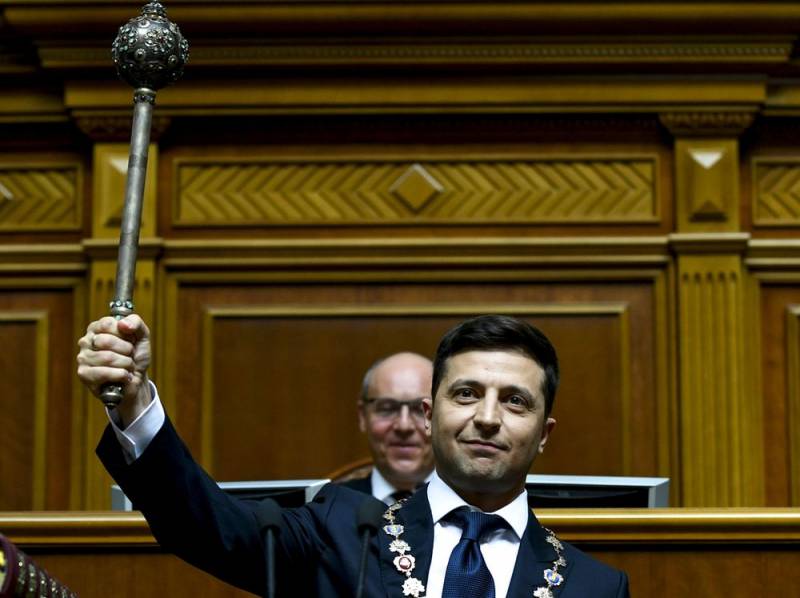 On February 13, 2020, 42-year-old President of Ukraine Volodymyr Zelensky met with the “team of the Presidential Representation in the Crimea. The event discussed "pressing problems of Ukrainians from the occupied peninsula." This is stated on the official website of the new "father of the nation."

If not with your own eyes, then with the eyes of people living in Crimea. So that they provide us with information, and so that we can receive it through you
- said Zelensky, who wants to receive data on the situation on the peninsula directly from those who are there.

After that, Zelensky said that in the Kherson region it is planned to build a town for immigrants from the Crimea, of which more than 500 Crimean Tatars families. Moreover, agreements on this issue were reached on February 3, 2020 during a meeting with Turkish President Recep Tayyip Erdogan.

We want to build such a town. This year we must begin to do this. You need communication and control
- Zelensky emphasized, looking around the “team”.

Zelensky said that at the Chongar entry-exit checkpoint (CPVV) on the border with the Crimea, a “special hub with developed infrastructure” will be created so that Ukrainians can comfortably cross the specified CPVV. The president promised high-quality roads and even transport links (for clarity, for six years now, Ukrainians have been reaching the border with Crimea on what will happen and how it will turn out).

My idea is that they see how we relate to people, to Crimeans. You are coming, and here is the "garden city". You feel the difference, because everything here is at the highest level: gas station, school, kindergarten, at home
- said Zelensky.

After that, the “guarantor” called on Anton Korinevich, “the Permanent Representative of the President of Ukraine to the Crimea,” to become the “engine” of this project. True, there was no talk about the construction of the spaceport. But the question was raised "simplifying the procedure for teaching children from occupied territories in Ukrainian universities."

So that at once at the CPVV they would receive all the documents and know about the opportunity to enter any university
- emphasized Zelensky, who forgot that not every Crimean wants to study in Ukrainian.

In conclusion, Zelensky supported the proposal to create a special fund that will provide grants to talented Crimeans for the development, training, and representation of the Ukrainian state at international venues.

This is an exclusively humanitarian initiative. She will show that this state is waiting for them, that Ukraine is truly Europe and freedom
- enthusiastically approved Korinevich Zelensky’s idea, because who else but he should know that grant-eaters are now “panning” in Ukraine.


Russia has already commented on another initiative of Kiev. For example, the press secretary of the Russian president, Dmitry Peskov, approved the idea of ​​the Ukrainian authorities to build a "city of dreams." At the same time, he drew attention to the fact that the Crimeans made their “dream choice” back in 2014 at a referendum. Moreover, from the State Duma of Russia they said that Zelensky was late with the initiative, since a "garden city" for Crimeans had already been created on the peninsula.
Ctrl Enter
Noticed oshЫbku Highlight text and press. Ctrl + Enter
We are
In Crimea Zelensky answered the words about the return of the peninsula to Ukraine
Zelensky said that he would free the homeland of the Crimean Tatars from "occupation"
Reporterin Yandex News
Read Reporterin Google News
Ad
The publication is looking for authors in the news and analytical departments. Requirements for applicants: literacy, responsibility, efficiency, inexhaustible creative energy, experience in copywriting or journalism, the ability to quickly analyze text and check facts, write concisely and interestingly on political and economic topics. The work is paid. Contact: [email protected]
6 comments
Information
Dear reader, to leave comments on the publication, you must to register.
I have an account? Sign in