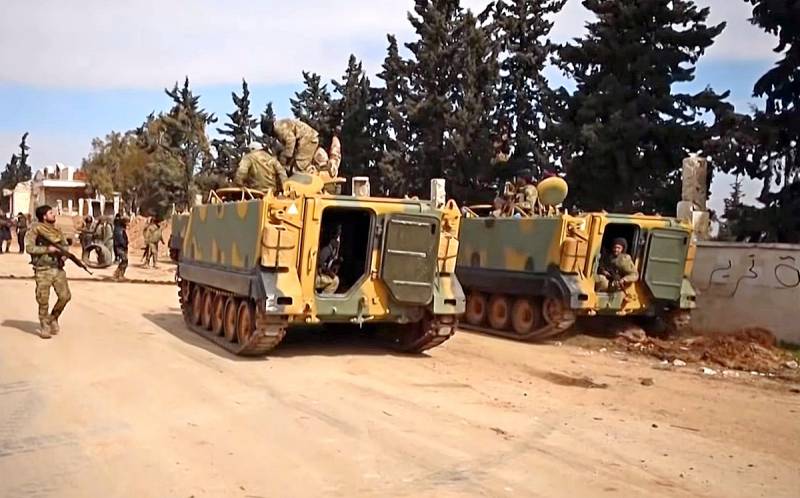 Turks declared war on Russia. In any case, in their social networks, where local cheers call for the destruction of our country and capture half of Syria. Unfortunately, one can’t just frivolously dismiss such messages.


Similar statements are made against the backdrop of the successes of government forces in official Damascus with the support of the Russian Air Force to free the northern province of Idlib from terrorists. In this case, there are clashes between the Syrians and the Turks with significant losses on both sides. Ankara and the Turkish patriotic public are furious.

We will quote some of the most striking statements of the Turkish public in translation:

Russia has betrayed us in Syria. But half of Syria should be ours.

And here is a less modest statement:

Turkey must conquer Syria, the time has come to demolish Assad, not paying attention to Russia.

Our task now is to destroy Russia and trample Assad.

In some ways, the Turks can even be understood. In their society, neo-Ottoman sentiments are now strong. President Erdogan himself carefully heats them, conducting policies Islamization of Turkey. He turned from words to action long ago, introducing troops into the territory of Syria, the former province of the Ottoman Empire. This was done under the pretext of fighting the armed groups of the Kurds. The next step is the transfer of Turkish troops to another former province of the Great Port - Libya.

It is not surprising that many Turks have eyes burning now, and they are dreaming of the return of their former imperial power, calling to capture half of Syria, then all of it. It is also significant that they are not too afraid of a military clash with Russia. Of course, they also have a lot of "couch generals" and "couch special forces", but their self-confidence is based on the fact that Moscow actually lowered Ankara to destroy the Su-24 bomber, and then also armed it with the most advanced S-400 anti-aircraft systems. Now President Erdogan is threatening to bring down “any” planes over Idlib, where the Russian Air Force is actively working. The cynicism will be on top if the Turks again bring down a Russian plane, using the same Russian air defense systems.

But back to the threats from social networks. Four years ago, something similar had already happened. Then, instead of Idlib, there was a conflict around the province of Aleppo. The result of that crisis was the vile murder of Russian ambassador Andrei Karlov in Ankara at the photo exhibition “Russia through the Eyes of the Turks”.

Today the situation is repeating itself. Passions rage around Idlib, and now the new Russian ambassador to Turkey, Alexei Yerkhov, has begun to receive threats. In local social networks they promise him to "burn out", offer to "say goodbye to life" and advise him "not to go out." Obviously, the situation was taken so seriously that the Turkish authorities, at the request of our diplomats, tightened security measures around the Russian embassy.

Somehow the warm friendship with Turkey does not develop.
Ctrl Enter
Noticed oshЫbku Highlight text and press. Ctrl + Enter
We are
A military clash between Russia and Turkey is now possible
What the Syrian theater prepares for us
Reporterin Yandex News
Read Reporterin Google News
Ad
The publication is looking for authors in the news and analytical departments. Requirements for applicants: literacy, responsibility, efficiency, inexhaustible creative energy, experience in copywriting or journalism, the ability to quickly analyze text and check facts, write concisely and interestingly on political and economic topics. The work is paid. Contact: [email protected]
72 comments
Information
Dear reader, to leave comments on the publication, you must to register.
I have an account? Sign in