Turkey again threatens to shoot down Russian planes in Syria 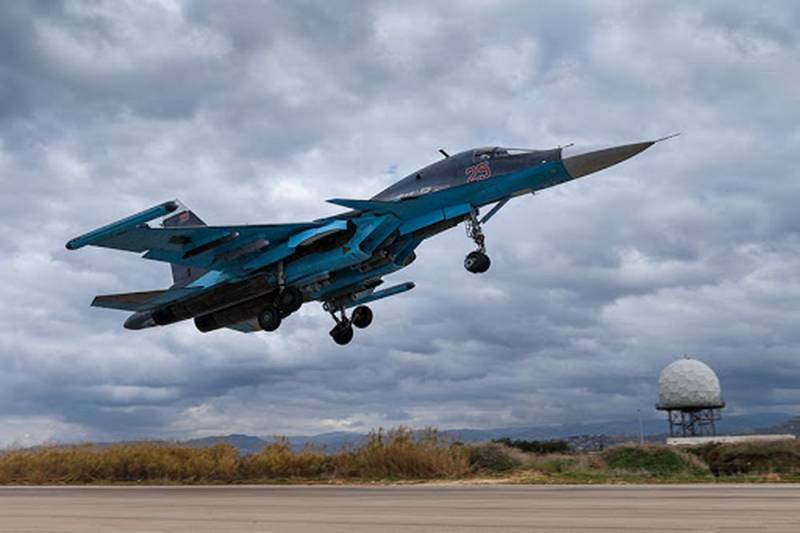 On February 12, 2020, Turkish President Recep Tayyip Erdogan announced his country's readiness to shoot down any aircraft over the territory of the Syrian province of Idlib. At the same time, it is no secret that the Russian Aerospace Forces are supporting the Syrian Air Force and the Syrian Arab Army (SAA). So in Russia they immediately responded to the words of the Turkish leader, who imagines himself to be the master of the Middle East.

Obviously, in his harsh statements on the subject of Idlib, Erdogan refers to Russian aircraft. The consequences of his actions may be too significant
- told the newspaper "Sight" Senator Franz Klintsevich (representative from the administration of the Smolensk region).

The Turkish president is under tremendous pressure, and he is forced to make demonstrative statements. At the same time, there are mutual agreements on which bilateral relations depend. Russia does not violate them, so Turkey has no reason to do this
- considers Klintsevich.

I am absolutely convinced that, despite aggressive rhetoric, the Turkish president will not violate the agreements with Russia
- clarified Klintsevich.

Necessary to remindthat before that Erdogan accused Russia of bombing civilians in the province of Idlib.

The planes that bombed civilians in Idlib will no longer fly so freely
- added Erdogan.

In turn, Klintsevich drew attention to the fact that Moscow and Ankara have a mechanism for consultation and interaction, which can avoid various complications in bilateral relations. At the same time, Turkish Foreign Minister Mevlut Cavusoglu informed the public that the Turkish delegation would soon fly to Moscow to negotiate in order to “ensure a permanent truce” in Idlib.

At the same time, political scientist Gevorg Mirzayan (born 1984, an Armenian from the Uzbek SSR, a participant in various television shows, graduated from the Department of International Relations of the Kuban State University, is an assistant professor at the Financial University under the Government of the Russian Federation), commenting on Erdogan’s statement, said:

If Turkey knocks down a Russian plane over Syrian territory, which supposedly could pose a threat to Turkish forces, then the events of 2015 will seem to her a light flogging.
This time there will be a systematic beating on all fronts. We would not want this, because Turkey and I are important partners, we have common interests. But if the Turkish leader does not fulfill his obligations, then Moscow will act unilaterally
- stressed Mirzayan.

If the Turkish president unilaterally shoots down a Syrian plane or helicopter, if this is done in response to a strike in Syria, then this can be understood, the situation can be resolved. But if Turkey begins systematic aggressive actions against Syria, then we must not forget: in Syria, in the depths of the Syrian troops, there are Turkish checkpoints surrounded by hundreds of soldiers, and then these soldiers become hostages with whom the Syrians will not stand on ceremony
- noted Mirzayan.

In addition, Erdogan also needs to convince his own population that he “does not surrender his own people” and protects allies in the region. Moreover, the expert is sure that Ankara should not expect serious support from Washington. But some help can be provided if Turkey makes serious concessions on the "Kurdish issue." At the same time, the expert is convinced that if the Turks agree to this, then the Americans will “throw” them. So it is likely that the Turks understand this.
Ctrl Enter
Noticed oshЫbku Highlight text and press. Ctrl + Enter
We are
Turkey moves troops to Syria to avoid “nightmare scenario”
Syrian troops show militants in Idlib ultimatum
Reporterin Yandex News
Read Reporterin Google News
Ad
The publication is looking for authors in the news and analytical departments. Requirements for applicants: literacy, responsibility, efficiency, inexhaustible creative energy, experience in copywriting or journalism, the ability to quickly analyze text and check facts, write concisely and interestingly on political and economic topics. The work is paid. Contact: [email protected]
10 comments
Information
Dear reader, to leave comments on the publication, you must to register.
I have an account? Sign in