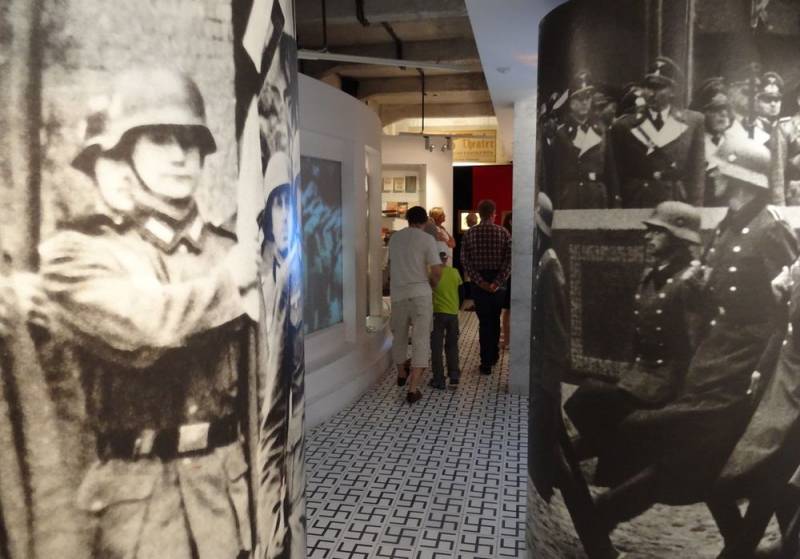 The russophobic authorities of Poland do not abandon attempts to rewrite history. For example, on February 8, 2020, the Polish ambassador to Germany Andrzej Psilebsky in his article in the newspaper Märkische Oderzeitung reported on the "greatest benefit" of the USSR from the end of World War II and the "occupation" of the territories of Belarus and Ukraine by Moscow.


It should be noted that in the material “The war did not start in 1941”, the Russophobe asserts that the USSR attacked Poland on September 17, 1939, supposedly making further resistance to the Poles of Nazi Germany impossible. After which, for some reason, he demanded that Russia “finally admit” that the Second World War began in 1939, and not in 1941. And Pshilebsky announced that the West made a decisive contribution to the defeat of the Third Reich.

The Russian Embassy in Germany has already responded to this “Polish patriotism”. According to Russian diplomats, the declared Psilebsky is another example of historical revisionism, aimed at trying to falsify history.

We drew attention to an article in which the Polish ambassador to the Federal Republic of Germany, Andrzej Psilebsky, following the guidelines for falsifying the history of the Second World War, accused the USSR of equal responsibility with the Third Reich for unleashing the most terrible conflict of the XNUMXth century. The Soviet Union, in the interpretation of a high-ranking Polish diplomat, was one of its main beneficiaries (sic!) ... Another striking statement, far from the historical truth, is that “not the USSR, but the Western allies made a decisive contribution to ending the war
- says the statement of the Russian Embassy in Germany.

The embassy recalled that the USSR paid the most terrible price - 27 million lives of its citizens. At the same time, “Polish patriots” literally flew off the coils for the 75th anniversary of Victory in the Great Patriotic War. But for the liberation of Poland from the Nazis killed 600 thousand. Red Army soldiers.

The oblivion of this objective historical fact in attempts to turn the USSR in public consciousness from a liberating country into a culprit of war for the sake of momentary opportunistic goals is simply immoral. As well as the ongoing destruction of monuments to Soviet soldiers-liberators. In Russia, remember the Polish soldiers and resistance fighters who fought shoulder to shoulder with the Red Army for the liberation of Europe from Hitlerism. Once again, we call for honest and careful treatment of our common history. This is necessary to prevent a recurrence of the tragedy.
- consider in the diplomatic mission.

In addition, commented on what is happening and the official representative of the Russian Foreign Ministry, Maria Zakharova.

Statements that the Soviet Union occupied itself, and that is how they can be qualified, are an indication that Warsaw, I'm not talking about Poland, Poland is the Polish people, historians, experts, official Warsaw has played. This frank lie is now presented as some historical facts. The fact that the Red Army did not liberate Warsaw is a lie, that the USSR occupied Ukraine and Belarus is not just a lie, it is an absurd lie
- said Zakharova in an interview Channel One.

Zakharova is sure that there will be many more similar attempts by the “Polish patriots”. But Moscow is ready for this and will not allow to rewrite history.
Ctrl Enter
Noticed oshЫbku Highlight text and press. Ctrl + Enter
We are
Details about the life of a US spy evacuated from Russia
Putin may come to Poland on the anniversary of the invasion of Germany
Reporterin Yandex News
Read Reporterin Google News
2 comments
Information
Dear reader, to leave comments on the publication, you must sign in.