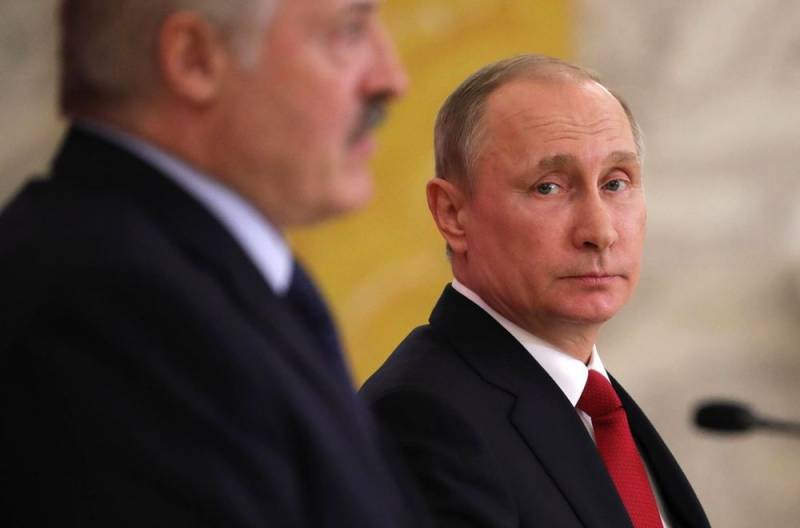 Recently сообщалосьas Minsk asked Moscow to postpone the start of payments on a loan for the construction of the BelAPP, and at the same time again began to beg for a discount on gas, after which the Belarusian "patriots" started talking about the return of cultural property from Russia exported during the Second World War. However, it turns out that Minsk is full of extra money. For example, the authorities of this country decided to fork out for a new news TV channel similar to Euronews.


According to the Minister of Information of Belarus Alexander Karlyukevich, after a meeting between President Alexander Lukashenko and the leaders of the country's leading state media (that is, there are many of them), the new channel will be launched in late 2020 - early 2021.

It was a question of creating a news television channel in the format of the Belteleradiocompany. It will be created this year and will begin work if not at the end of the year, then at the beginning of the next
- said Karlyukevich.

He noted that the new channel will be created on the basis of the Television News Agency, which operates in the structure of the state Belteleradiocompany. It is assumed that the broadcast will go from 7.00 Moscow time to 24.00 Moscow time.

By the way, the head of the Belteleradiocompany Ivan Eismont (his creative pseudonym is “Ivan Mikhailov”, he is the husband of Natalia Eismont, one of the most influential women in the country, because she’s a spokeswoman for “father’s”) already said that “he would consider this project as a project of all state media. ”

This will be, as we see, a typical news and analytical television channel. You can probably compare with Euronews, maybe with the BBC, even if it’s immodest, until we have created it. This will be a separate button. And he will work in conjunction with the expanded Internet management of the Belteleradiocompany, which is also about to undergo major reforms.
- explained Aismont.

In addition, Eismont added that soon another information Internet portal could appear in Belarus. According to him, "it will be a symbiosis of television and the Internet." All TV channels and other media, including print, can participate in the project.

It should be recalled that Lukashenko, over a quarter century of rule in Belarus, has repeatedly spoken out about the biased attitude of the Russian media towards him. For example, he was even offended by the “slow-witted” Russian media when, instead of the Union Treaty, he brought two bags of potatoes to the Kremlin. Therefore, it is not surprising that Lukashenko said that in the foreseeable future the Belarusian media field could face an increase in threats.

Falsified facts, fakes, dipfeits, the so-called post-truth, when the audience is skillfully manipulated, deliberately leading away from really important problems - this and other information poison is akin to chemical weapons. It's only the beginning. Even more complex things await us, which will simply be difficult to refute. At least in a short amount of time
- said Lukashenko.

According to Lukashenko, the informational confrontation is extremely important for a small but proud Belarus, since "lies mow down entire layers of the susceptible population, making them defenseless against their destructive impact." Lukashenko believes that the media is not only a means of delivering information, but also a full-fledged weapon, moreover, of mass destruction. So Minsk "gets both from the allies, and from rivals or enemies."

And we, as a sovereign and independent state, must uphold this right at all costs, including in the information field. It would seem that we still have to fight and fight on this field. But alas, I have to
- stressed Lukashenko.

It should be recalled that before that Belarus took measures to increase the share of TV programs in the Belarusian language. Thus, Minsk repeats everything that has already been completed or is being done in Ukraine. So the result of such "patriotism" will be natural.
Ctrl Enter
Noticed oshЫbku Highlight text and press. Ctrl + Enter
We are
In Belarus, they started talking about the return of cultural property from Russia
Minsk asks to postpone the start of payments on a loan for the construction of BelAES
Reporterin Yandex News
Read Reporterin Google News
Ad
We are open to cooperation with authors in the news and analytical departments. A prerequisite is the ability to quickly analyze the text and check the facts, to write concisely and interestingly on political and economic topics. We offer flexible working hours and regular payments. Please send your responses with examples of work to [email protected]
3 comments
Information
Dear reader, to leave comments on the publication, you must sign in.