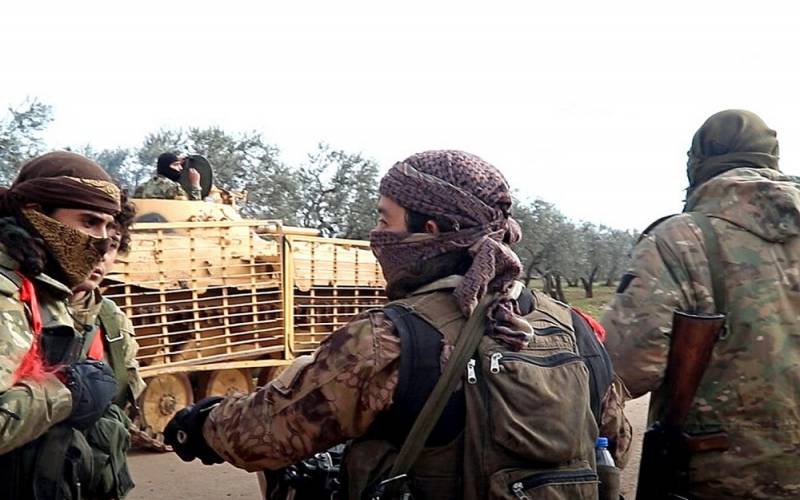 A desperate attempt by Damascus to free Idlib from the remnants of gangs of terrorists and Turkish invaders showed some interesting observations. Russians help the Syrians without fear of crossing the road to Ankara. Turkey rested in the north-west of Idlib province to death, crying out for help to NATO. And the United States refused to help the Turks, suddenly complaining that everyone considers them to be a “world gendarme” and is expecting something from them.


Operation Dawn in Idlib is developing quite successfully for the government of the SAR. Thanks to the support of the Russian Aerospace Forces and Iranian allies, Damascus was able to recapture almost half of its northern province from militants. The week began with serious losses for the Syrians: the Turkish army launched a series of attacks on the attacking and reported the killing of more than 100 government troops on Monday and another 51 on Tuesday.

There is a sharp aggravation of the situation. It got to the point that Turkey turned to NATO for military assistance. True, the result was discouraging. The White House replied that they had previously “bought them a year with one tweet” from Donald Trump. About "parachuting in Idlib" is out of the question, said Assistant to the President of the United States for National Security Robert O'Brien:

The proposal that America should do something (in Idlib) ... I do not see any real arguments in this. What should we do to stop them? Should we be the world gendarme?

Quite unexpectedly, frankly, to hear this from the "world gendarme." All that Ankara can count on from Washington is a certain coordinated position of the USA and Turkey. Understanding this, President Erdogan began an active transfer of his troops to the war zone in northern Syria. According to the Syrian Observatory for Human Rights, since the beginning of the month, more than one and a half thousand trucks from Idlib have visited technique and tanks. According to the tanks, there is information that the Turks have already brought them over 70. In addition to them, other armored vehicles, artillery, missile launchers, as well as about 9 thousand military personnel, including special forces, have been deployed.

The strength is very serious locally. Ankara demonstrates that it is ready to fight with anyone. There are calls in the Turkish media to “push the Russians back to Damascus”. But why take the risk of a direct clash with Russia?

The anti-terrorist operation carried out by the Allies threatened the “territorial acquisitions” of Ankara in northern Syria, which it received during the Shield of the Euphrates and the Olive Branch. Former military adviser Metin Gurjan believes that after stripping Idlib, the Syrians and Russians can already go to Afrin, which was recaptured by the Turks from the Kurds. Ankara’s loss of control over the border regions devalues ​​all its previous achievements in the fight against the “Kurdish threat”.

In addition, Ankara faced the most serious problem of Syrian refugees. Turkey now cannot "digest" and arrange millions of disadvantaged people. The most rational solution for her would be to create an enclave in Syria, where she would be able to dump the flows of these unwanted migrants, as well as militants, to whom the Syrian law enforcement officers have questions.

Of course, the presence of such an enclave cannot suit Damascus, but Turkey’s objective interests lead to the fact that it will be ready to fight for it to the end.
Ctrl Enter
Noticed oshЫbku Highlight text and press. Ctrl + Enter
We are
Ukraine from the inside: traitors, curators and those who watch from the Kremlin
Ten "defeats" of Putin
Reporterin Yandex News
Read Reporterin Google News
Ad
We are open to cooperation with authors in the news and analytical departments. A prerequisite is the ability to quickly analyze the text and check the facts, to write concisely and interestingly on political and economic topics. We offer flexible working hours and regular payments. Please send your responses with examples of work to [email protected]
5 comments
Information
Dear reader, to leave comments on the publication, you must sign in.