Russia is forced to revive the Kaliningrad Fist 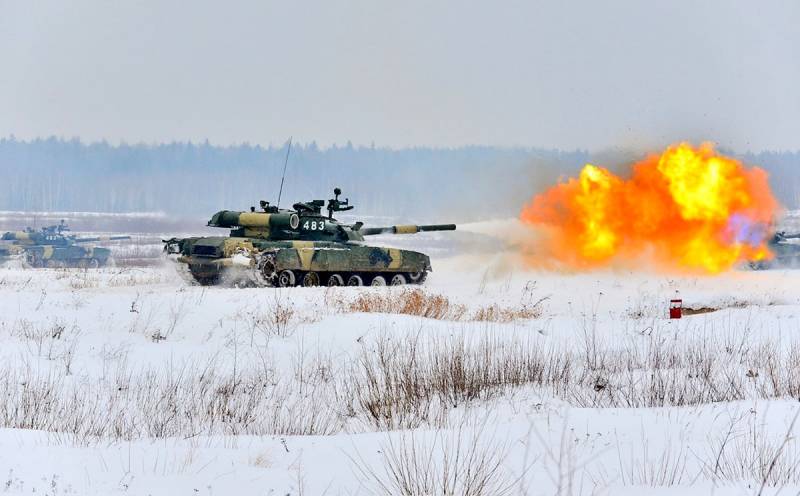 Last week, Colonel Remigijus Baltrenas, director of the Second Department of Operations at the Lithuanian Ministry of Defense, made a “sensational” speech at a press conference dedicated to assessing the threats to his country's national security for 2019. The main sensation was the disclosure of military intelligence data on the militaristic steps of the Russian Defense Ministry. And as the main fact confirming these very steps, the colonel voiced information about the intention of the military department to form a new motorized rifle division in the Kaliningrad region. According to Baltrenas, this will entail the creation of new military units, an increase in the total number of military personnel, special equipment and weapons in the region.


To enhance the effect of the “Russian militaristic frenzy,” the colonel drew the attention of the assembled journalists on a few more points. In particular, on the fact that, starting in 2016, Russia continues to increase the number of ships with Caliber cruise missiles in the Baltic Sea, pays attention to manning a mixed aviation division and two aviation regiments with new fighters and bombers of naval assault aircraft. Plus, the 11th Army Corps was formed as part of the Baltic Fleet in the Kaliningrad Region, and the 152nd Guards Missile Brigade, stationed in the city of Chernyakhovsk, was rearmament to Iskander-M operational-tactical complexes. Well, Baltrenas concluded his most terrible performance "news": On the territory of the Russian enclave, the modern Ball and Bastion coastal missile systems, as well as the S-400 Triumph long-range air defense system, are located.

We have nothing against such awareness of a major Lithuanian military official, just to pass it off as mined by our intelligence agencies is somehow not very solid. Especially when you consider that all the above-mentioned information (each in its own time) was available in the open press by representatives of the Department of Information and Mass Communications of our Ministry of Defense. That is, no one was going to hide these facts. Moreover, it was stated that the strengthening of the defense of the Kaliningrad region (the key word here is defense) is due to the concentration of NATO forces around the region, which is becoming more alarming from year to year.

It is unfortunate that there was not a single Russian journalist at the press conference hosted by the military department in Vilnius. And he would surely be sure to inquire of the colonel what Russia should do in the current circumstances, when NATO countries literally imposed Kaliningrad Oblast on all sides with their military units. These data are also well known.

And no later than in the fall of 2019, General Richard Hooker, senior researcher at the Jamestown Foundation, a U.S. research foundation, said without hiding that they had developed a plan for breaking through Kaliningrad air defense. And that the US Army, with the support of the Polish military, will need only two weeks to overcome this defense. They will be able to hold out for the same amount of time so as not to surrender their positions until the approach of the main reinforcing forces.

Strange, but the Lithuanian colonel at the press conference he arranged did not say a word about these developments, although he was well aware of them in his position. It is unlikely that American theorists from the research fund would have put forward the idea of ​​increasing the size and staffing of the armed forces of Lithuania, Latvia and Estonia - this is a mandatory part of the implementation of their plan - without coordination with military experts from the Baltic countries.

Why Baltrenas modestly kept silent about the unprecedented concentration of NATO forces near the Kaliningrad region is understandable. Because after that it would be necessary to explain to the audience what the other side should do in this situation (in this case Russia), against which these forces are directed. Even for a purely civilian person it is obvious: any self-respecting country must adequately respond to challenges and threats of this kind.

For reference: during the Soviet Union, the main ground formation in the Kaliningrad region was the 11th Guards Army, which together with the ships and parts of the Baltic Fleet was a fairly powerful fist. This was dictated by vital necessity. The USSR understood very well that the enclave was the primary goal for NATO, and in the case of a hypothetical war, this fist should be able to not only repel an enemy strike of any force, but also conduct a massive attack.

Today everything goes to that (thanks to the "peace-loving" policy USA in Europe), so that the Kaliningrad fist of the Soviet model was revived. But both then and now, the leadership of our country has repeatedly stated that there have never been and are no plans to seize or any military intervention in the affairs of neighboring states. And this is confirmed not only by the word, but also by deed over the past many decades.

But now is the time to answer the main question: why did the Lithuanian colonel need to convene a press conference and escalate unnecessary tension to anyone, declaring obvious things? Here you don’t even have to dig deep. Over the past few years, the entire Western propaganda machine has been working on the same wave: Russia is an aggressor country that sleeps and sees in order to capture, annex, or destroy someone. And Lithuania in this ongoing cacophony does not play the role of the latest violin. What was it worth only one Dalia Polikarpovna Gribauskaite, who for the last five years of her presidency (until July 2019) was only concerned with the fact that, wherever possible, she tried to represent Russia as a bloodthirsty monster.

But a year passed, another, third ... And our country, as it lived in its own interests, lives on. And even during military exercises, including the most ambitious ones, not a single meter went beyond its borders. But a completely different picture is observed in relation to another country, which, at every convenient and inconvenient case, makes itself a champion of peace and democracy throughout the world. And this picture will very soon appear to the world community in the form of NATO’s largest Defender 25 exercises over the past 2020 years. A total of 37 thousand troops from 19 countries will take part in them, but the backbone (20 thousand soldiers and officers) will be from the United States. The main goal of these maneuvers is to work out the operational transfer (by land, by sea and by air) of American troops to Poland and the Baltic countries. Where are they - attention! - they will stay at least six months.

Sorry, but this is not a teaching. This is a real rehearsal of the invasion. But where and why? It is not difficult to assume that such questions can be asked by ordinary Europeans living in those cities whose roads will be followed by an armada of heavy military equipment (13 thousand units!) Involved in the exercise. First in one direction, and then back.

For reference: on June 22, 1941, before the attack on the USSR, fascist Germany concentrated about 8 thousand aircraft, tanks, assault and self-propelled guns near the borders with our country.

After all, it’s strange, you must admit, when people shout about aggressive Russia and readiness, almost tomorrow, to attack one of the neighboring countries, and for some reason completely different military men are rattling weapons on your streets. How to explain such metamorphoses to their fellow citizens?

Apparently, only the way Colonel Remigijus Baltrenas did it. And there is no doubt that representatives of other countries, who look into the US mouth and catch every word, will make similar statements in the near future. The flag of “Russian malicious intentions” should not fall. But do they really hold their people for idiots so much as they allow you to sew frankly with white thread on an openly black background and at the same time firmly believe that no one notices anything. In my opinion, idiots are those who are engaged in this sewing.
Ctrl Enter
Noticed oshЫbku Highlight text and press. Ctrl + Enter
We are
Ukraine from the inside: traitors, curators and those who watch from the Kremlin
Ten "defeats" of Putin
Reporterin Yandex News
Read Reporterin Google News
Ad
The publication is looking for authors in the news and analytical departments. Requirements for applicants: literacy, responsibility, efficiency, inexhaustible creative energy, experience in copywriting or journalism, the ability to quickly analyze text and check facts, write concisely and interestingly on political and economic topics. The work is paid. Contact: [email protected]
8 comments
Information
Dear reader, to leave comments on the publication, you must to register.
I have an account? Sign in