Vostok Oil: the energy megaproject that Russia has been waiting for so long 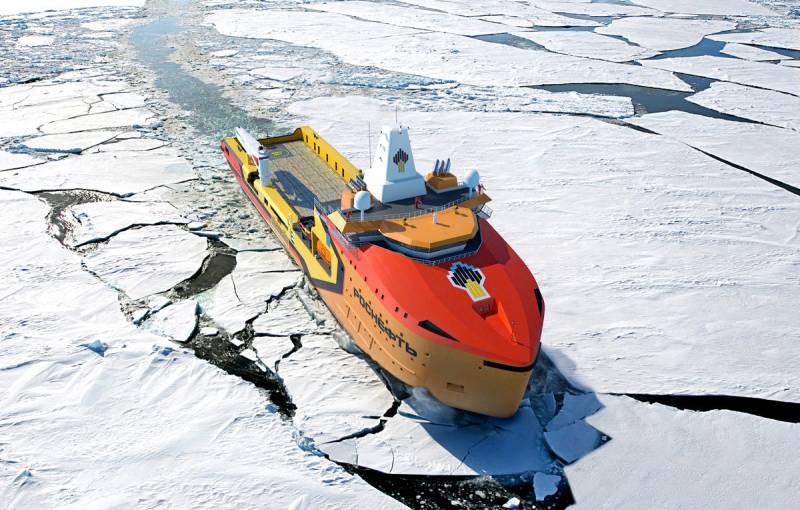 The day before, the head of Rosneft, the largest domestic oil company, Igor Sechin, officially presented to President Putin a mega-project for the development of the north of Russia and the Arctic under the name “East Oil”. Its implementation may lead to the emergence in our country of an independent "oil and gas province" and even a change in its administrative map.


What is East Oil? This is a group of large oil fields located mainly in the Krasnoyarsk Territory. Their total volume is estimated at 37 billion barrels of high-quality oil. However, its development is a real problem due to the great remoteness, lack of necessary infrastructure and harsh northern conditions.

To begin the extraction of "black gold" and its export, it will be necessary to carry out tremendous work, Igor Sechin explains:

15 fishing towns, two airfields, a port, approximately 800 kilometers of trunk and 7000 kilometers of infield pipes, two thousand megawatts of electricity generation and about 100 thousand new jobs will be created.
The total project cost is estimated at 10 trillion rubles. The money is very big even for Rosneft, which is currently the largest taxpayer in the country. The company is ready to invest 2 trillion at the initial stage and involves the active attraction of foreign investors. It is very gratifying that it was decided to conduct a more multi-vector policies, and instead of China, India is considered as a partner.

In general, a long-awaited project of this kind can be welcomed because of its positive synergistic effect for the domestic economics:

At first, the state will gain access to high-quality oil, which can be sold with an additional premium.

Secondly, Under this project, Rosneft invested in the construction of the Zvezda shipyard in Primorye, where they will create modern ice-class ships, supertankers and icebreakers. In particular, there will begin the production of super-icebreakers, which have no analogues in the world, of the Leader class, which will be able to provide pilotage of vessels along the Northern Sea Route even in winter. The emergence of such large-scale production in the depressed region will contribute to improving the economic performance of the Far East.

Thirdly, the launch of Vostok Oil will increase the load on the Northern Sea Route and related infrastructure. Together, this will lead to an increase in the popularity of this waterway, offering a shorter transport route from Europe to Asia than the Suez Canal. Thanks to such a project, Russia will be able to gain a foothold in the Arctic.

The implementation of Rosneft’s plans, according to Igor Sechin, will add 2% to Russian GDP. True, under this case, the head of the company asks for serious tax benefits from the state, which they are likely to give him now.

This project has another dimension. Sechin said that a “new oil and gas province” will be formed in the north of our country. Perhaps this is a figure of speech, but it is possible that something like this will happen literally. So, as part of the process of adopting amendments to the Constitution of the Russian Federation, Senator Andrei Klishas proposed introducing the concept of “federal territory”. This is part of Russia, not included in any of its subjects, with direct federal subordination. Klishas himself said that they were acquainted with the idea in the Kremlin.

Someone thought that the Kremlin was preparing to associate the DPR and LPR with Russia. But it is possible that in practice everything will result in the creation in the Arctic region of the real “oil and gas province” for the Rosneft project. Of course, this is only a hypothesis, and time will tell whether it was true.
Ctrl Enter
Noticed oshЫbku Highlight text and press. Ctrl + Enter
We are
Extreme hydrocarbons: Russia returns to Africa and the Middle East
Peace enforcement operation. Russia inflicts a preemptive strike on Kiev
Reporterin Yandex News
Read Reporterin Google News
17 comments
Information
Dear reader, to leave comments on the publication, you must sign in.