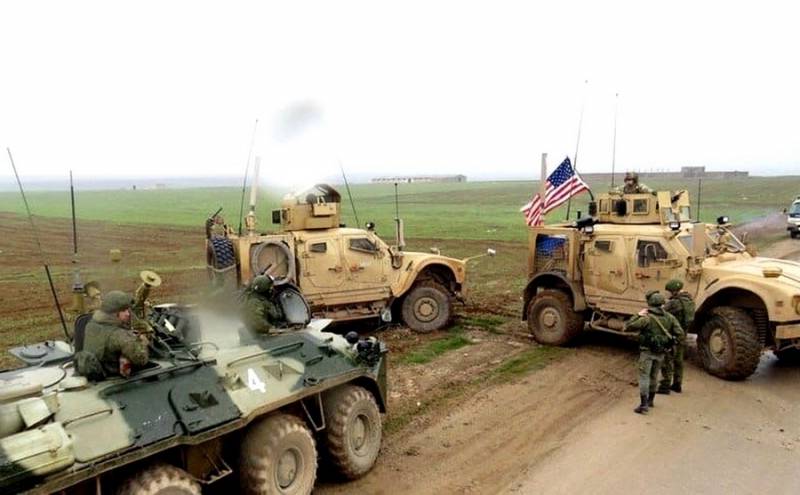 The United States calls itself the "stronghold of democracy," and the Americans themselves - the "exclusive nation." All these extremely controversial theses are easily broken into the harsh truth of life. Instead of peace and prosperity, Washington is bringing chaos, war and destruction to other countries, and, under the guise of “scooping” as sticky those who allegedly try to benefit from the “export of democracy”.


In order not to be unfounded, let us turn to the situation in the Middle East, in general, in Syria and Iraq, in particular. In 2003, the United States and its allies invaded Iraq. The reason was a kind of "test tube" with the Iraqi biological weapons allegedly in it, which Colin Powell was brandishing at the UN. Subsequently, it turned out that it was a fake, since Baghdad did not have any biological weapons.

But Iraq had wonderful oil deposits, which, after the invasion, came under the control of American industrialists. Especially under the tribunal over Saddam Hussein, the occupation administration reinstated the death penalty, and in 2005 the Iraqi leader ousted by the invaders was hanged.

Remarkably, the forcible export of democracy did not bring much prosperity to the people of Iraq. However, he posed a terrible threat to the entire Middle East region and not only: former officers of the defeated Saddam army created the Islamic State terrorist group, or ISIS (banned in Russia), which quickly gained strength and seized large territories in Iraq and neighboring Syria. In fact, they created a religious quasi-state with two “capitals”: ​​in Raqqa and Mosul.

The next American invasion, already in Syria, began under the pretext of fighting ISIS. Of course, Washington did not ask permission of the official authorities in Damascus, again acting as an interventionist and occupier. As a "cannon fodder" for the war against terrorists, the United States used the Kurds. Today, ISIS has been repeatedly declared defeated: both of its "capitals" are liberated, quasi-state structures are liquidated. However, for some reason, the Americans are in no hurry to exit the ATS.

Rather, President Trump announced the withdrawal of troops from Syria, which was immediately interpreted by the press as "the defeat of the United States." But instead, the US military was first transferred to neighboring Iraq, and then to the south of the country, closer to the Syrian oil fields. As it soon became clear, cunning businessmen in the form had established the illegal extraction of resources belonging to the people of the SAR, and exported it by fuel trucks to Iraq, where they sold it under the guise of Iraqi oil. President Donald Trump commented in a relaxed manner as follows:

I always said that - keep the oil behind you. We want to hold oil, $ 45 million a month.

Attempts by Damascus and its allies to take control of Syrian oil were harshly suppressed. Two years ago, in February 2018, a detachment of Russian mercenaries, referred to in the media as “Wagnerites,” moving to the Deir Ez-Zora oil refinery and oil fields, was destroyed by US air strikes. Already this year, the US military in a slightly more correct form prevented the advancement of Russian colleagues to the oil fields of the SAR, blocking their path.

The United States is not going to leave anywhere, having created a military base with which they hold oil and rob the Syrian people every day, putting the proceeds from the sale of oil in their pocket. Cynicism lies in the fact that this is done under the pretext of combating the very same defeated ISIS, according to the statement of the head of the Pentagon, Mike Esper:

Washington “will maintain a limited presence in Syria and deny ISIS access to oil revenues.

Here is such an "American democracy" for export. Where oil is, the presence of the US military is urgently required to "protect" someone's rights and freedoms. And these people dare to express something disapproving about the attitude of Russia to Ukraine or Belarus. Moreover, in Syria itself, the American interventionists and invaders are behaving more and more impudently, constantly blocking the movements of the Russian military, who, by the way, are there at the official invitation of Damascus. Special Representative for the SAR James Jeffrey even considered it possible to complain about the “Wagnerites” that US military personnel have to deal with:

This does not happen every day, but the frequency has increased, and it causes concern.

Our military in Syria is trying to hold back, but the frequency of American provocations is only growing, which could lead to a military clash.
Ctrl Enter
Noticed oshЫbku Highlight text and press. Ctrl + Enter
We are
Ukraine from the inside: traitors, curators and those who watch from the Kremlin
Ten "defeats" of Putin
Reporterin Yandex News
Read Reporterin Google News
Ad
The publication is looking for authors in the news and analytical departments. Requirements for applicants: literacy, responsibility, efficiency, inexhaustible creative energy, experience in copywriting or journalism, the ability to quickly analyze text and check facts, write concisely and interestingly on political and economic topics. The work is paid. Contact: [email protected]
10 comments
Information
Dear reader, to leave comments on the publication, you must to register.
I have an account? Sign in