Revived US Second Fleet directed against the Russian Arctic 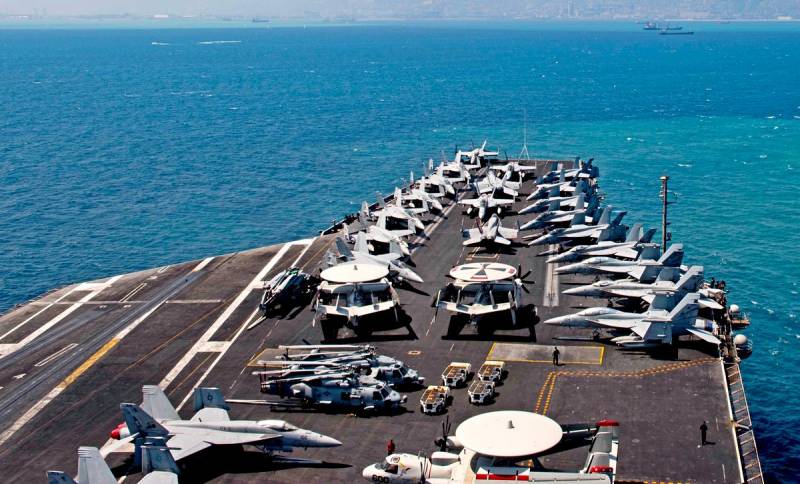 Recently, senior US military officials have noted a number of very complimentary statements regarding successes in the development of the Russian army and navy. How is it worth treating the praises of a potential adversary?


Some time ago, U.S. Navy Admiral James Foggo, who heads the combined command of NATO, commented on the rapidly increasing activity of the Russian submarine forces. According to the American naval commander, the Russians thus responded asymmetrically to the West, challenging the North Atlantic Alliance, and "did it pretty well."

The increased number and activity of Russian submarines in the North Atlantic was also announced by Vice Admiral Andrew Lewis, commander of the Second Fleet of the US Navy. These submarines, equipped with modern deadly weapons, are capable of deploying for a long time, and represent a real danger to American warships, standing in ports and naval bases:

Our ships can no longer expect to operate in a safe place on the east coast or simply cross the Atlantic unhindered to operate elsewhere.
That is, according to Vice Admiral Lewis, the Second Fleet cannot feel completely safe even at home, in the American "heartland." What conclusions can be drawn from the statements of the commanders and subsequent actions of the Pentagon?

At firstIt should be noted an objective increase in the combat capabilities of our navy and its underwater components. New submarines are gradually being put into operation, their crews conduct regular exercises, including "breakthroughs into the Atlantic." All this significantly increases the combat effectiveness of our country, as noted in the United States.

Secondlyas it happens in nature, action gives rise to reaction. The growth of the combat capabilities of the Russian submarine fleet in the Atlantic led the United States to decide to revive its Second Fleet. During the Cold War, this operational unit of the US Navy was supposed to protect the East Coast from the USSR, as well as to provide the possibility of a safe transfer of US forces to Europe in the event of a conflict between the Soviet Union and NATO.

After the collapse of the USSR and the fall of the military potential of the Russian Federation, the Second Fleet was disbanded, but the decision to recreate it in the Pentagon was made in 2018. He does not have a permanent composition, additional vessels and submarines are assigned to him as necessary.

ThirdlyThe commander of the Second Fleet announced that the United States intends to use it to expand its presence in the Arctic. The concept of the use of the revived operative compound reads as follows:

The new, unlimited system allows the Navy to carry out continuous command and control from the East Coast through Greenland, Iceland, the UK (GIUK) and further to the Arctic and the Barents Sea.
Andrew Lewis explicitly says that the Second Fleet will be used not only in the North Atlantic, but also in the Arctic, where Washington has laid its eyes on the Northern Sea Route. In Icelandic Keflavik, an advanced operations center for maritime operations is being created for this.

Summing up some results, we can conclude that the arms race is developing according to its internal logic. The threat from the United States forced Russia to develop its military fleet, to which the United States responded by reviving the much more powerful Second Fleet, which will now be used to secure US claims when sharing the Arctic Pie. In addition, the intimidation of the inhabitants by the “Russian threat” allows them to knock out more funds for the Pentagon's military budget.
Ctrl Enter
Noticed oshЫbku Highlight text and press. Ctrl + Enter
We are
Far Eastern bastion: will Russia have the strength to keep the Bering Sea?
Putin's departure: how to prevent the collapse of Russia's foreign policy
Reporterin Yandex News
Read Reporterin Google News
1 comment
Information
Dear reader, to leave comments on the publication, you must sign in.