Americans build new bases in the oil regions of Syria 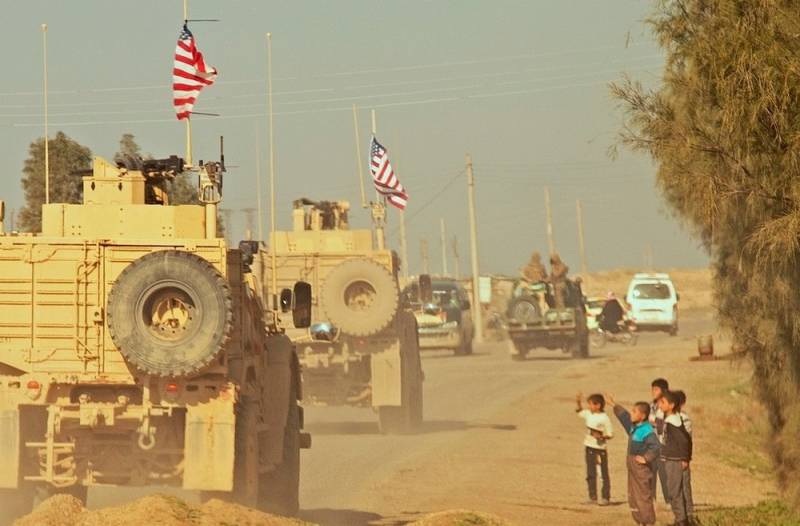 The Americans have not concealed for a long time that the main reason for their stay in Syria is not the fight against terrorism, but the oil reserves belonging to the Arab Republic.


The Turkish Anadolu agency reports that the US military has begun construction of new fortified facilities that will control the oil-bearing areas in the north-eastern Syrian province of Hasek.

The construction of US military bases is carried out using equipment and building materials delivered from the territory of Iraq according to the standard scheme: the perimeter of reinforced tanks filled with soil, and inside - modular buildings for accommodating personnel, military equipment and household needs.

Thus, hiding in the literal sense of the reasons sucked from the finger, Washington not only does not help the fight against terrorism, but also receives a gratuitous source of funds for further financing international terrorism.
Ctrl Enter
Noticed oshЫbku Highlight text and press. Ctrl + Enter
We are
US military began to return to previously abandoned bases in Syria
The Americans bombed their own air base in Syria
Reporterin Yandex News
Read Reporterin Google News
Ad
We are open to cooperation with authors in the news and analytical departments. A prerequisite is the ability to quickly analyze the text and check the facts, to write concisely and interestingly on political and economic topics. We offer flexible working hours and regular payments. Please send your responses with examples of work to [email protected]
2 comments
Information
Dear reader, to leave comments on the publication, you must sign in.