Why did the US arm themselves with warheads that were unable to destroy the Strategic Missile Forces mines? 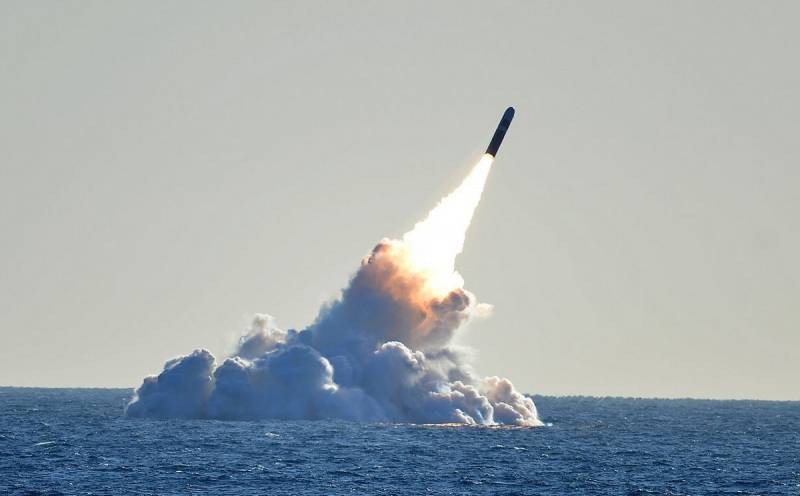 In August 1945, the United States dropped two atomic bombs on the Japanese cities of Hiroshima and Nagasaki. Policy there was much more to this inhuman decision than military reason. Washington then demonstrated to everyone, and above all the USSR, that it has both a “wunderwaffe” and a willingness to use it.


This was done to fix the position of American power in the subsequent post-war division of the world. Today, the turn of the next world redistribution has come, which President Trump purposefully leads to. Under his leadership, the United States is once again demonstrating its readiness to arrange another nuclear war. Against whom can Washington really start it?

Russia is considered to be the traditional adversary of the United States, which has the second largest nuclear arsenal. The problem is that strategic nuclear weapons are too powerful for their real use. The nuclear triad of both countries can mutually turn them into radioactive ashes, and at the same time make the rest of the world an extremely uncomfortable place. For this reason, strategic nuclear weapons are considered precisely a deterrent, for which the US and the Russian Federation are trying to maintain parity.

Another thing is tactical nuclear weapons (TNW). Its power is small, since it is not intended to erase megacities from the face of the Earth, but to destroy large targets or clusters of enemy troops at the front. It exists in the form of aircraft bombs, missiles, torpedoes, mines, depth charges, artillery shells and more. During the Cold War, the US considered TNWs as a way to overcome the numerical superiority of Soviet troops in the European theater of operations, since the main American forces were overseas.

After 1991, the Pentagon significantly reduced its arsenal of nuclear weapons, which was previously the largest in the world. Half of the American tactical nuclear weapons withdrawn from Europe. Most of the Pentagon's TNW is represented by freely falling air bombs, and it was not considered an obligatory part of the US military doctrine. However, now everything has changed dramatically.

In an incredibly short time, Washington acquired tactical nuclear weapons of low power sea-based. In 2018, the U.S. Nuclear Posture Review announced the need to develop such ammunition. Exactly one year after this, the Pentagon has already received a low-power nuclear warhead W76-2, about which we detail told earlier. To do this, nuclear fuel was removed from the Trident II D-5 rocket, which reduced the charge power tenfold. And recently, the SSBN 734 Tennessee nuclear missile submarine (SSBN) with missiles equipped with W76-2 on board went to sea.

One has to ask a reasonable question: why did the Pentagon need missiles with warheads that are not capable of inflicting irreparable damage on the enemy, destroying their SNF launch mines, etc.? The answer will be very unpleasant: apparently, the United States is really preparing to re-use nuclear weapons in practice, but so as not to cause a global Apocalypse. But against whom?

Is it not against our country? For example, when blitzkrieg NATO to Kaliningrad during the period of political instability in Russia?

We sleep peacefully under the protection of the nuclear triad, sincerely believing that with any aggression against Russia, ICBMs will break out of the mines and that’s all: we are “martyrs” and the world is covered in radioactive ash. But whether our “powers that be” will agree to annihilation is another question. How can one not recall the words of Zbigniew Brzezinski about Russian “elites” and their billions stored in the West.

Let us adequately assess the reality: hardly anyone will follow the scenario of mutual destruction. Intermediaries in the person of leaders of the leading powers will fly in, they will ask you not to arrange the Apocalypse, and in the Kremlin they will kindly allow themselves to be persuaded. And after that, domestic propaganda will at first rage, demanding that the aggressor be wiped off the face of the Earth with foam at the mouth, and after that it will work in the spirit of how we saved the whole world from complete destruction. Indeed, no kidding, who wants to die?

Understanding all these developments, the United States may well go for the use of nuclear weapons against Russian troops in Kaliningrad. It is likely that the Russian Defense Ministry will respond in the same way. That is, a nuclear war between NATO and Russia is possible locally, using nuclear weapons, which the parties will limit themselves to avoid further escalation, allowing themselves to be separated.

However, it is still not Russia that is most likely the primary goal for W76-2. Nevertheless, no matter how you calculate Russia, you cannot understand it with your mind, and all the cunning plans of opponents can go to waste, as has happened more than once in our history. Therefore, with a high degree of probability, Americans are using nuclear weapons against more harmless opponents.

For example, against Iran or Venezuela. President Trump may well want to publicly “flog” the Islamic Republic. The Iranian army is a strong adversary, a collision with it will result in great losses for the US military. The use of nuclear weapons will fundamentally change everything. So it is entirely possible that the United States will arrange for Tehran the new Hiroshima and Nagasaki.
Ctrl Enter
Noticed oshЫbku Highlight text and press. Ctrl + Enter
We are
Putin and Lavrov have done their job. General Shoigu, your way out!
Ten "defeats" of Putin
Reporterin Yandex News
Read Reporterin Google News
Ad
The publication is looking for authors in the news and analytical departments. Requirements for applicants: literacy, responsibility, efficiency, inexhaustible creative energy, experience in copywriting or journalism, the ability to quickly analyze text and check facts, write concisely and interestingly on political and economic topics. The work is paid. Contact: [email protected]
14 comments
Information
Dear reader, to leave comments on the publication, you must to register.
I have an account? Sign in