How realistic is the return of Alaska to Russia? 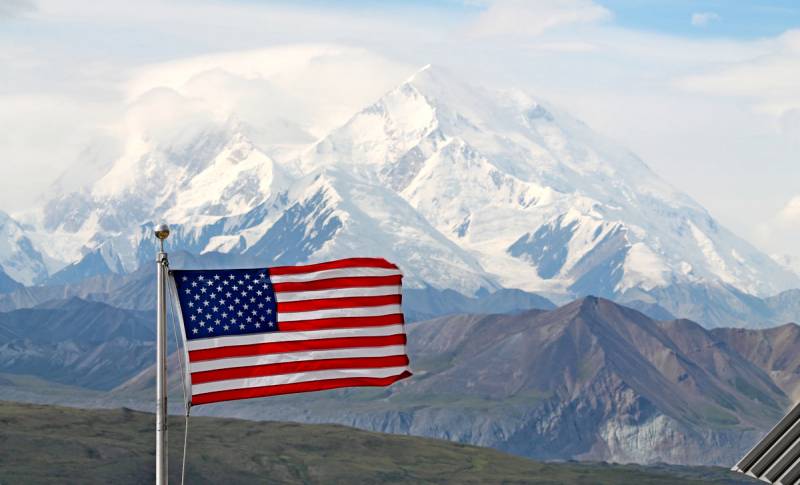 Political passions in the US force opponents of Donald trump to make harsh, and sometimes even curious, statements. So, US Congressman Adam Schiff said that in order to support Putin, Trump is ready to give Alaska to Russia. How seriously can such statements be taken at all?

Trump could offer Alaska to the Russians in exchange for support during the next election. Or he could move to Mar-a-Lago, and Jared Kushner should be entrusted with the administration of the country, delegating to him the right to decide on joining the war.
It should be clarified that Mar-a-Lago is the residence of Donald Trump, located in Florida, and Jared Kushner is the son-in-law of the current president. As for Alaska, the topic of its possible return to Russia is periodically raised in the domestic media and blogosphere.

As you know, earlier Alaska was part of the Russian Empire, like some other territories in the modern USA. The problem is that nobody took Alaska from us, and it was banally sold to the United States in 1867 for $ 7,2 million in gold. Washington for a ridiculous amount received huge, resource-rich lands in the north, which today give it the right to demand its share of the Arctic. The military infrastructure in Alaska allows the Pentagon to restrain Russian military potential.

Knowing this today, of course, I would like to play everything back. This desire has generated many myths around this deal. Someone is pleased to believe that Russia did not sell Alaska, but merely leased it out for a long term, and there is still a chance to get it back. Others refer to the fact that our country has not received the due payment. Unfortunately, all this is from the field of historical legends.

The reality is that the United States quite legitimately bought Alaska from the Romanov family, and there is no reason to demand it back. Nevertheless, we will try to present scenarios in which this territory can still theoretically return to Russia.

Option 1. Hypothetically, one could try to buy it back. Given the fact that Trump himself publicly expressed a desire to purchase Greenland for a moderate amount from Denmark, you can talk aloud about this. However, in practice, everything rests on the impossibility of such actions.

The President of the United States simply does not have authority to alienate part of the country’s territory, Congress’s consent is needed, where Trump’s political opponents will simply be destroyed for this idea. The Pentagon and the state’s population itself will not agree to this.

Option 2. The collapse of the United States. No matter how funny it may sound, this scenario for the "hegemon" is different from zero, although small. Even this superpower has a lot of serious internal problems and contradictions. “Globalists” and “Imperials” clung to death, the resonant statements of Schiff indicate the level of rigidity of this confrontation between the ruling elites.

There may be enough unexpected push that will upset the balance and lead to unpredictable consequences. For example, if you look at the current situation in China, such a “black swan” risks becoming a large-scale epidemic of a more serious, deadly virus that the federal authorities will not be able to cope with. Then each state will be for itself, blocking the borders and creating cordons, which will lead to a "parade of sovereignty." Alaska, as the most remote state, may be among the separated.

But the fact of gaining independence does not mean that this territory will certainly return to Russia. Alaska is inhabited by the American people, who have their own way. Joining the modern Russian Federation with its problems is hardly included in their plans.

It should be concluded that Congressman Schiff should be treated like domestic political rhetoric in the United States, and not look for hidden meanings in this.
Ctrl Enter
Noticed oshЫbku Highlight text and press. Ctrl + Enter
We are
Putin's phenomenon is Russia's main problem
Ten "defeats" of Putin
Reporterin Yandex News
Read Reporterin Google News
26 comments
Information
Dear reader, to leave comments on the publication, you must sign in.