Should Russia be afraid of the upcoming “era of electric vehicles”? 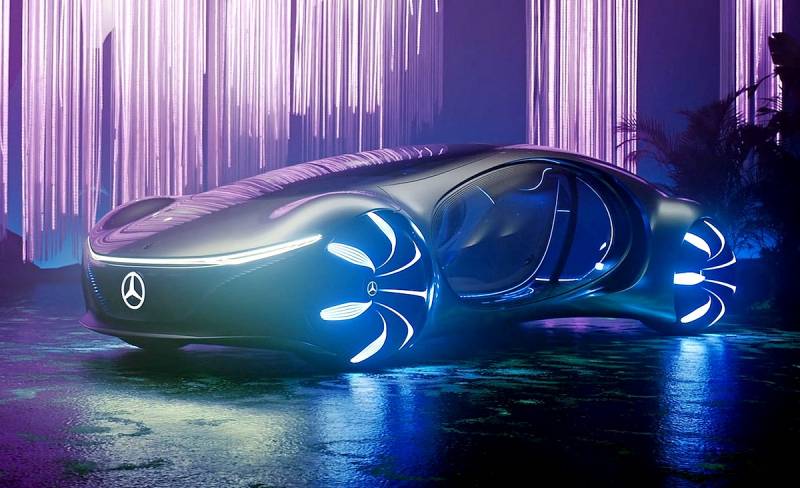 British Prime Minister Boris Johnson made another high-profile statement: the sale of new cars with internal combustion engines (like gasoline and diesel) should not be prohibited by law in Foggy Albion from 2040, as previously planned, but a whole five-year period earlier. Down with the diabolical ICE! Give climate neutrality! Well, Britain is now, as it were, not quite Europe. Not the European Union, that's for sure. It is precisely his leading countries, also striving for victories in the fight against global warming, that do not at all share London’s enthusiasm for a complete transition to electric transport.


First of all, as you might guess, this refers to the leader in the global automotive industry - Germany. How realistic are the forecasts about the “decline of the oil and gasoline era” and the sending of the history of our usual cars to a landfill? Is it worth it to worry about those countries whose the economy in this situation does not expect anything good?

The most powerful German auto industry is already experiencing, to put it mildly, far from the best of times. It seems that 4.7 million “iron horses” that rolled off the assembly lines in 2019 are far from a weak result, besides only 9% below the level of 2018. The problem is that this is the number of cars produced in Germany ... in 1997! That is, there is a "rollback" to the level of their production 22 years ago. There is nothing surprising here. To begin with, the economic growth of Germany, as such, slowed down in 2019 to a six-year low - its GDP added just 0.6%. As for the automobile industry specifically ... The “Trade War” Between Washington and Beijing, the constant threats from Donald Trump regarding the atrocious import duties on German cars that he is “about to introduce” ... All this will increase demand, increase export and the development of production, as you know, is completely not conducive. And then there are electric cars! Back in 2018, experts at the Fraunhofer Institute came to the conclusion that by 2030, extremely negative changes await employment in the automotive industry in Germany. This is due, according to their forecasts, to the fact that by that time 25% of all cars produced in the country will be electric, and another 15% - hybrids. However, this is still, imagine an optimistic forecast! According to analysts at the National Future Transport Platform (NAB), the changes will be much steeper. There they predict the "electrification" of vehicles in all 30% - to the same year 2030, which, by and large, is just around the corner.

According to a report published not so long ago by experts from NAB, such a massive shift to electric cars will leave 88 of the 270 thousand workers employed today in the German automotive industry in the field of engine and transmission manufacturing unworked. However, as you know, the creation of automobiles (especially those made in Germany) is far from being just the work of a screwdriver on a conveyor belt. Yes, 240 thousand people run the risk of getting from the assembly lines of car factories to labor exchanges. But you need to add to them also the designers of the corresponding profile, testers, technologists and others. And there are also contractors, subcontractors, carriers ... In total, according to the NAB forecast, the onset of the "era of electric vehicles" threatens to turn into unemployed 410 thousand qualified and highly paid specialists in Germany alone. Nobody wants to believe in such predictions. So, in the German Association of the Automotive Industry (VDA), the NAB “horror stories” were called fabrications based on an “extreme and unrealistic scenario”. Nevertheless, even there they do not undertake to refute the inevitability of changes, which not everyone will benefit. And where to go from the obvious facts? Last year, the German concern Continental AG announced the cessation of investments in spare parts necessary for the operation of internal combustion engines, and Daimler Corporation announced that it completely abandoned the development of internal combustion engines as such. Instead, the companies mentioned above intend to “tackle electric vehicles” ...

Well, of course, the above-described prospects for the mass transition of vehicles from gasoline, diesel and gas to electric "traction" are completely unpleasant for those companies and countries whose material well-being is based on the extraction and export of fossil energy resources. Russia - including. I must say that this trend generates a delight that goes directly into ecstasy in the camp of various "non-brothers" and other sincere "well-wishers" of our country, enthusiastically discussing the sweet prospects of the "end of the world gas station." What to do - a drop in demand for "black gold" will inevitably mean not only a decrease in its sales, but also a maximum reduction in the cost of this resource. There, it was enough to strike the epidemic in China that was undermining the national economy there, it was enough for the Celestial Empire to reduce oil consumption by some 20% - and on the world exchanges a barrel has already slipped to $ 50. Now, by the way, the reverse process is underway, the price of oil has started to move up steadily, but OPEC still claims that for some time it would be nice for all its members to tighten the taps not even to 500, but to all 600 thousand barrels in a day. Even better (according to reinsurers from Saudi Arabia) - a whole million! Now let's imagine what will happen, if not all, and half of the cars on Earth will become electric ... No, the same oil is also used to generate energy at many power plants. However, this is absolutely not the same as a billion-plus engines that devour tens and hundreds of liters of gasoline and diesel fuel daily. Today, the number of electric vehicles is only 1.2% of the total number of “iron horses” on the roads of the world. Will this change in the near future so seriously as to be cause for alarm?

In fact, between the intentions of the adherents of the world sect named after the Norwegian girl who are under fierce pressure and the true state of affairs, the distance, as the classic wrote, is enormous. In order to justify this thesis, I will have to repeat a number of well-known truths, but do not blame me - without them the picture will be far from complete. So, first of all, electric cars today are “conquering” the world at the speed of a lame snail, primarily because of their terrifying cost. It would seem - “a minimum of moving parts” and the “stuffing” stuffing up the price in general, and here you go: for the same money that you have to pay for an electric car, you can buy a car with a much higher class ICE. The reason is simple - the frantic high cost of the main, perhaps, element of this “miracle” equipment»- battery. Over the past decade, by the way, its price has decreased significantly, but it still fluctuates somewhere around 20 thousand dollars. This is the standard one on which you can drive hundreds of four kilometers maximum when fully charged. Today, governments of countries trying to transfer their own population to electric cars are on the path of the most banal "bribing" of consumers. It looks like a system of subsidies and subsidies for the purchase of electric vehicles (25% of the cost in the USA, 35% in China and as much as 50% in Estonia), or as the deliverance of a new car owner from some of the mandatory taxes and payments in this case. In Britain, they “knock off” a quarter of annual taxes (but in the amount of not more than 5 thousand pounds), in Japan, Denmark, and even not too rich Portugal, a citizen acquiring an electric car will not pay anything to the budget for its purchase and registration. To the Portuguese, moreover, another 5 thousand euros from the budget will be rolled off ...

Is it tempting? Naturally! That's only according to available data, all this "attraction of unprecedented generosity" should soon end. They pampered - and there will be ... About intentions to stop financially supporting electric vehicle manufacturers, luring customers into their network, more than transparently hinted the authorities of the Celestial Empire, which is almost the largest market for them. The government of the United States is also tired of throwing money away to realize the dream of Elon Musk and is unlikely to continue to pay from the treasury to the buyers of the “transport of the future”. Some European countries are also considering stopping such practices. All the same, the “breakthrough” didn’t work out - consumers didn’t reject the “dirty” gasoline cars and didn’t rush, knocking down and stomping each other, buying up “environmentally friendly” electric ones - so why spend money for nothing? However, the most serious blow to the “electric boom”, however limited it may be, should not even be done in the near future. As you know, an extremely unpleasant surprise is being prepared for the owners of this type of transport by its refuellers. Not only is the recharging of electric vehicles the most “painful” place - as long as the battery gains energy by a couple of hundred kilometers, at a regular gas station you can “fill in a tube” with a medium-sized tank column ... Forced to stand in a dull waiting hours, and not just minutes, "electrified" drivers will soon pay for each kilowatt consumed by their transport. Electricity - it doesn’t come from nowhere! It must be developed, delivered to the consumer via transmission lines, to ensure transformation to the desired parameters and safe use.

In a word, there are enough costs, and they could give out a kind of grace for marketing purposes only - to attract, again, as many buyers of electric cars as possible. To this day, the flagship in this business has been Ionity - a network of car charging stations created in Europe by a community of a number of world auto giants from all countries and continents, such as Ford Motor, Hyundai, Daimler, BMW Group, Volkswagen Group. "Network" - this, incidentally, is quite loudly said. You must admit that two hundred gas stations in the whole Old World are not very impressive. Nevertheless, even at these stations already this year they intend to tear from visitors not 8 euros “per race”, but 0.8 euros for each kilowatt consumed! For reference: the charge of an average electric car will cost fifty euros and you can ride on it two hundred kilometers. Everyone can calculate the price ratio with refueling a car on gasoline or diesel - depending on the make of the car, fuel consumed and the region of residence. In general, I will say: as a rule, it is completely not in favor of electricity. Moreover, the people in the subject, not violent environmental activists, but energy specialists have long pointed out that in the case of not even total, but half the “electrification” of European vehicles, the European Union will have to invest billions in the construction of new power plants, lines power lines and the rest of the accompanying and absolutely necessary infrastructure. And who will allocate money for this? Greta Tunberg? Musk and his followers ?! In addition, sane skeptics ask the following cynical question: “What is the use of the Old World“ reaching the thread ”by switching to electric transport, if China, the United States, Russia, the Arab world and many other countries do not even think of abandoning internal combustion engines ? " There is only one planet - like the atmosphere above it ...

Cars with electric engines, at the current level of scientific and technological development (that is, for quite some time), will remain an expensive toy for residents of mainly small countries with a developed system of relevant gas stations. In Germany, Mercedes-Benz and BMW will do the same, in Russia they will produce oil and export it all over the world. The British want to stay with electric cars alone - their business. We have nothing to worry about.