Crimean Tatars asked Turkey not to use them in political games 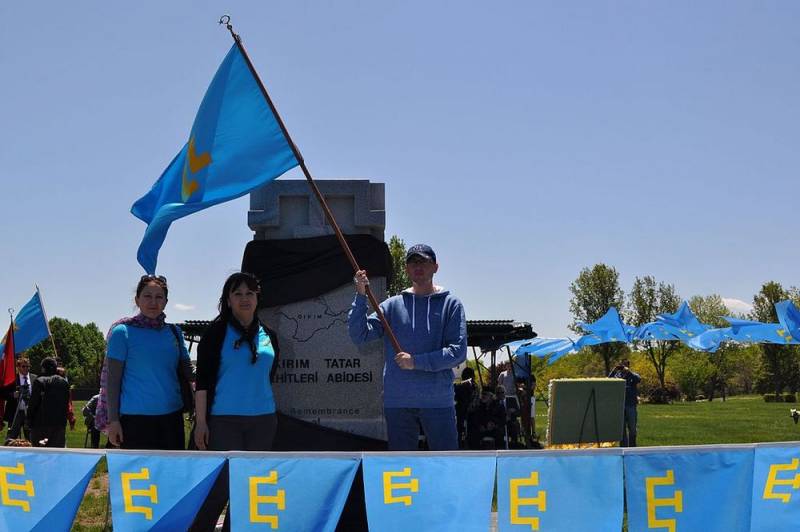 Turkish President Recep Tayyip Erdogan will not be able to speculate on the Crimean Tatars when deciding his political tasks.


The Crimean Tatars Council under the head of Crimea issued an appeal to the head of the Republic of Turkey, which states:

The Council of Crimean Tatars under the head of the Republic of Crimea calls on Turkey not to make a serious mistake. Do not support the propaganda campaign, which was based on deliberate misinformation regarding the situation of the Crimean Tatars in Crimea. We consider it extremely unacceptable to use our long-suffering people as a bargaining chip in other people's political games.
In the text of the appeal, representatives of the Council reproach Erdogan for ignoring the Crimean community, and are following the handful of escaping renegades from the so-called Majlis *.

Given the invitation to open the largest Crimean mosque in Simferopol, Erdogan is unlikely to continue to ignore the problem.

A visit to the peninsula will be a moment of truth that will show the real attitude of the Turkish president to the Crimean Tatar community of the peninsula.

* -extremist organization banned in Russia
Ctrl Enter
Noticed oshЫbku Highlight text and press. Ctrl + Enter
We are
Russian politicians gave a tough answer to Erdogan on words about Crimea
Zelensky said that he would free the homeland of the Crimean Tatars from "occupation"
Reporterin Yandex News
Read Reporterin Google News
2 comments
Information
Dear reader, to leave comments on the publication, you must sign in.