Will the Syrians and Russians manage to go the last 8 km to Idlib? 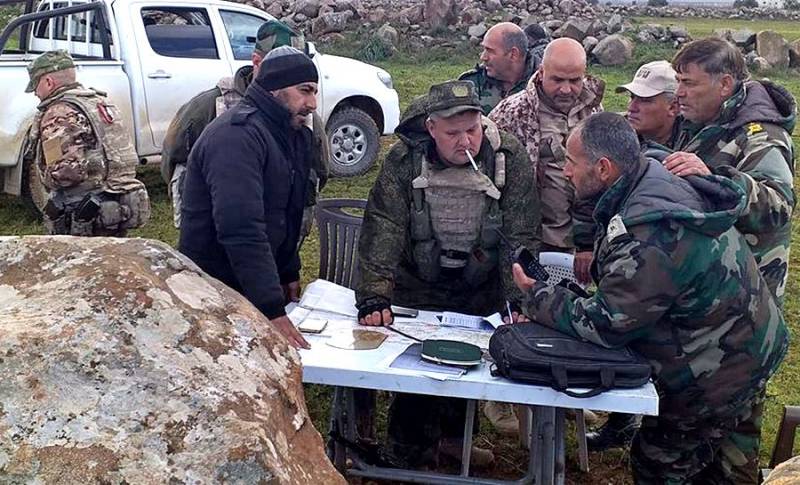 The "slaughter" in Idlib is growing: government troops are advancing on the positions of militants, losses on both sides are growing rapidly. There are 8 kilometers left in a straight line to the "capital of terrorists". Will the Syrians, with the support of the Russian Aerospace Forces, be able to take the last step and regain control of the key city in the north of the country?


As you know, after a series of defeats from official Damascus with the support of allies from Iran and Russia, the militants moved to Idlib province, not far from the Turkish border, where Ankara took the “patronage” of them. However, Turkey did not fully comply with its de-escalation obligations: terrorists continued to attack government troops and the Russian air base Khmeimim in the SAR. Moscow has repeatedly warned Ankara about the inadmissibility of maintaining such a situation.

Since January 24, the ceasefire, which the Allies adhered to, has been virtually ceased, giving rise to a real "massacre" by local standards. According to reports, the Syrians lost more than 300 people, there are losses among the Iranians supporting them. On the part of the militants, losses are estimated at least 350 dead. The figures for a conflict of this level for a week and a half are quite serious.

Damascus is straining its last efforts in order to end the terrorist enclave on its territory. But will they let him finish what he started?

We sent a message to Russia - not to oppose the Turkish operation in Idlib, since its purpose is the regime of Bashar al-Assad.

Despite this, the Russian Aerospace Forces are actively participating in clearing the way to the provincial capital Idlib. Russian aviation is bombing the positions of militants, it is supported by Syrian helicopters. Tens and hundreds of air strikes are applied daily. Government forces managed to encircle and bag the significant city of Sarakib. The process of transferring militants from Idlib to neighboring Aleppo, controlled by the Turkish military, was noted. It seems that Ankara is preparing for them "Plan B". The fact that the Turks have long-term plans for Aleppo is evidenced by the beginning of the restoration of infrastructure in the north and north-west of this province.

This is a dangerous conflict. He needs to put an end. Russia must change its policies.

Obviously, the United States is interested in stopping a successful offensive. Against this background, Jeffrey's allusion to the fact that tension between the American military and Russian mercenaries from PMCs and conflicts became more significant sounded very significant:

This does not happen every day, but the frequency has increased, and this causes concern.

Note that a year ago, the US Air Force mercilessly bombed the "Wagnerites" who were trying to free the oil field in the province of Deir Ez-Zor. It is possible that Washington is hinting at the possibility of a repetition of the attack on the mercenaries as a way to moderate the offensive ardor of the Russian Air Force in Idlib.
Ctrl Enter
Noticed oshЫbku Highlight text and press. Ctrl + Enter
We are
Turks in the "Syrian cauldron": Ankara was in a difficult situation
Why only Russian special forces will be able to liberate northern Syria
Reporterin Yandex News
Read Reporterin Google News
Ad
The publication is looking for authors in the news and analytical departments. Requirements for applicants: literacy, responsibility, efficiency, inexhaustible creative energy, experience in copywriting or journalism, the ability to quickly analyze text and check facts, write concisely and interestingly on political and economic topics. The work is paid. Contact: [email protected]
6 comments
Information
Dear reader, to leave comments on the publication, you must to register.
I have an account? Sign in