Offensive weapons: will the United States decide on a new adventure? 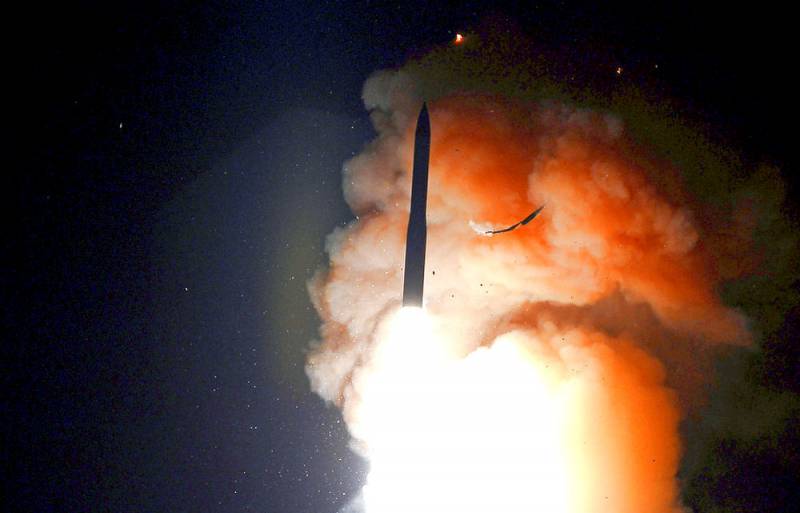 US Presidential Advisor on National Security Robert O'Brien made a rather intriguing statement the day before. According to him, Washington and Moscow should soon "begin negotiations on arms control and on nuclear issues."


What can we talk about in this case? Has the United States finally decided to save the most important START-3 treaty? Or are they planning to bring the discussion to a standstill again, demonstrating ostentatious "peace" only in words? In addition, will this initiative not be just another “smoke screen”, under which the American side is trying to mask its own aggressive plans that have nothing to do with at least minimal normalization of relations between our countries?

The fact is that our country is calling for the beginning of joint work on the extension of the Treaty on the Limitation of Strategic Offensive Arms, which was concluded in 2010 for 10 years by the Presidents of Russia and the United States (at that time, Dmitry Medvedev and Barack Obama). Vladimir Putin has repeatedly emphasized in his speeches that Moscow is ready to sign the protocol on the extension of the agreement for another five years (which was originally envisaged by its parameters), almost at any second. Rather, as soon as their firm intention to subscribe to such is confirmed at the appropriate level in Washington. Otherwise, if empty conversations in the style of transfusion from empty to empty continue to continue around START-3, its validity will automatically expire on January 1, 2021. Then, according to Vladimir Vladimirovich, "there will be nothing left in the world that would restrain the arms race." It is clear, after all, that the collapse of each new restrictive international legal act pushes humanity to the brink of self-destruction. Nevertheless, the current leadership of the United States is "in principle not against" the deterrent mechanisms that were laid down in 2010 (first of all, limiting the number of main carriers of nuclear warheads, such as ballistic missiles, submarines, strategic bombers), but wants to “correct” and “modernize” them. At the same time, there is no doubt that the main focus here will be on those types of weapons in which the United States more than seriously lags behind our country today. To the same hypersonic weapon - first of all.

There is a strong suspicion that in this way Washington will try to change the situation in its favor, trying to stop the development of the Russian weapon frightening it, or even completely banning it. However, this is not all. Perhaps the main stumbling block on the path to extending the START-3 (which would be the simplest, most reasonable and achievable way) is the desire of the American side to revise it by increasing the number of participants. This refers, of course, to China, which today in the United States is seen as a threat to its own "national security" and "vital interests." Moreover, some in the highest echelons of the local authorities assess Beijing as an adversary much more dangerous than Moscow. The situation is exacerbated by the same maniacal desire to go down in history under the name of the “Celestial Conqueror,” which, it seems, is obsessed with the current head of the White House, Donald Trump. He unleashed a trade war against the Chinese comrades and is waging with tenacity worthy of a better application. But if they succeed also in braking the rapid growth of their military potential! It should be noted that the PRC understands perfectly well what they are pushing for in Washington, ranting about the “changed world realities” and the urgent need to bring Beijing to the new START. Similar creeps there are rejected, as they say, from the doorway, and in a completely categorical and categorical form. The position of the Chinese side is extremely simple and, admittedly, it is not without logic: “We have the least nuclear weapons! Let the Americans first cut their arsenals to our level, and then there will be something to talk about! ”

Meanwhile, at the Pentagon ...

There are other signs that the United States, in speaking of “dialogue” and “restrictions,” is completely not going to act in this way in practice. The Pentagon is making every effort not only to “keep the powder dry”, but to increase the reserves of this very powder to the maximum possible limits. The other day, the Americans carried out another test launch of the Minuteman III intercontinental ballistic missile, according to official statements - quite successful. At the same time, the US military department assured that this action "is not connected with any current events in the world." Maybe this is so, only recently the "old" Minuteman have left their mines and soared into the sky more and more often. There are certain reasons to believe that the US army is preparing to rearm with more advanced ICBMs, but for now it is checking how efficient the delivery vehicles with which it will be necessary to “reach out” to it. I don’t want to think about someone wandering around in the Pentagon’s head about the possible combat use of these missiles. At the same time, the US Department of Defense made another statement that categorically does not fit in with the “peace intentions” broadcast by the White House. We are talking about equipping ballistic missiles of nuclear-powered submarines (SSBNs) with new low-power nuclear warheads W76-2. Well, how low their power is, it’s still worthwhile to figure it out separately. In any case, the fact itself is very revealing and rather unpleasant.

What is most worrying about this situation is that in the official statement on this issue, the US Under Secretary of Defense for policy John Rood emphasized that the equipment of the submarines with new warheads was carried out as part of the “counteraction to Russia”. After that, it is somehow rather dubious that there is talk that the United States is going to “control” something there and, moreover, to “disarm”. And the rest of Washington’s actions in the same defense sphere indicate quite the opposite. The Pentagon recently signed a new $ 34 billion contract with Lockheed Martin for the production and supply of 478 F-35 multi-role fighter-bomber aircraft, 291 of which should be added directly to the US Air Force fleet. An agreement signed by the military with another company, Northrop Grumman Systems Corp, for more than 13 million dollars is already on the development of systems for intercepting hypersonic missiles in the upper atmosphere. Re-equipment of strategic V-52N bombers on new, even more deadly nuclear cruise missiles, made using stealthof technologies... Somehow, all this is not too similar to the actions of a state that is not going to develop its own offensive weapons and is ready to provide international control over them, do not you find it? The most interesting thing is that, according to many military experts, having torn START-3, the United States, in fact, will “outsmart” first of all itself. Indeed, in this way they will completely lose the last levers of control over the development of the most powerful types of weapons in Russia. And such opportunities are far from empty sound. Last year alone, the Americans, using them, conducted about two dozen inspection trips to parts of the Russian army, including the Strategic Missile Forces. In the event of a collapse of the treaty, there are more of them and they will not be allowed to enter ...

Both the Pentagon and the State Department have enough who just understand these points very well, and the prospect of non-renewal of START-3 is not at all welcomed, proceeding from purely selfish reasons - they say, it will be worse for us. “What the Russians are inventing there, we won’t even know until it spikes on our heads!” - Among the generals and politicians of the United States there are those who think in that vein. Nevertheless, the same Robert O'Brien, who was broadcasting about the upcoming talks, by the end of his speech again went astray to the usual for the White House representatives militant and threatening anti-Russian rhetoric, accusing our country of “inciting smoldering conflicts” almost all over the world, well, and, of course, in "a threat to US national interests." Then he emphasized:

We are committed to confront Moscow wherever we need it, especially in those regions where the Kremlin is pursuing its adventurous policy ...
Following this, by the way, more than concrete ultimatums followed. Advisor to Donald Trump announced that if Russia “does not stop supporting the dictator Maduro in Venezuela”, tough sanctions will be imposed against our Rosneft. O'Brien also clearly outlined the future prospects for Washington’s support for Kiev, emphasizing that “lethal weapons to protect against Russian aggression in the Crimea and the Donbass” will continue to flow there. The right word, after these two passages, Mr. Advisor’s conversations about “the need to establish a dialogue with Moscow” remains to be regarded either as a bad joke or as an attempt of very sophisticated mockery. Most likely, this is how they should be taken.
Ctrl Enter
Noticed oshЫbku Highlight text and press. Ctrl + Enter
We are
World on the brink of nuclear war: Russia has achieved strategic superiority
Ten "defeats" of Putin
Reporterin Yandex News
Read Reporterin Google News
7 comments
Information
Dear reader, to leave comments on the publication, you must sign in.