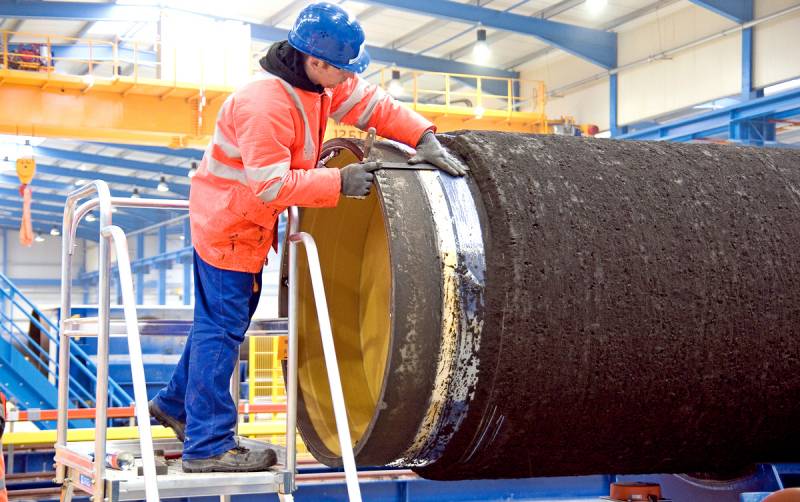 At the end of 2019, Gazprom signed a new transit agreement with Ukraine. Gradually, more and more fragments of this agreement fall into open access, which make us grab onto the head of those who have become familiar with them. The affairs of our “national treasure” in the European gas market are going “like in a fairy tale”: the further, the worse.


We have to admit that having a good chance of winning the “gas war”, the monopolist ingloriously capitulated and signed a contract on enslaving conditions for himself for the next five years, naively believing that during this time he could put into operation the Nord Stream-2 bypass routes and Turkish Stream. What gives reason to be critical of, let me say, the “strategy” of Gazprom’s top managers?

So, over the past January, our “national treasure” pumped gas 70% less. Before the signing of the enslaving contract, this message should have been rejoiced, but, thanks to the leadership of the monopolist, Ukraine had to pay for 2,55 billion cubic meters for 5,518 billion cubic meters. Brilliant, you will not say anything.

Gazprom’s top managers signed up for this item, although the previous contract was completely different. According to the previous contract, the breakdown of the reserved volumes was carried out quarterly, so the company had the opportunity to maneuver: if necessary, reduce or increase the load of the transit pipe so as not to be fined. Now a state corporation can fly into money almost daily. And so it will be for the next five years.

But that is not all. If Gazprom needs to increase gas pumping volumes, they will have to be booked at higher rates. So, booking additional capacities per quarter will cost 1,1 times more expensive, per month - 1,2 times, per day - 1,45 times. It is estimated that the maximum rate increase will reach 45%.

And you have to book. The naive but highly paid leaders of the state-owned company expected, upon signing the agreement, to launch Nord Stream-2, which should deliver an additional 55 billion cubic meters of gas to Europe, in a maximum of a year. This is the fourth part of all the available volumes of the monopolist in the European market, which the Americans have clearly set their sights on.

At the end of 2019, President Trump imposed sanctions against the gas pipeline under construction, which can be completed literally in a matter of weeks. The contractor of Gazprom, the Swiss AllSeas Group SA, immediately quit her job and stole her vessels. Companies with experience and the ability to complete the gas pipeline can be counted on the fingers of one hand by a careless joiner, and not one of them will take up this contract.

There remains the only option - to complete the pipeline independently, but Russia does not have such experience, the existing specialized pipe-laying vessels are not equipped, or are engaged in other projects in the Far East. A lot of problems. President Putin cautiously promised to launch Nord Stream 2 in the first quarter of 2021, but now this is a big question.

So, referring to its sources in Washington, the German publication Handelsblatt reported that the United States is ready in February-March to adopt a new package of sanctions against Nord Stream-2. According to reports, restrictive measures may no longer be directed against construction contractors, but directly against European buyers of Russian gas.

This is the toughest "Iranian scenario" in relation to Gazprom. Obviously, it is precisely due to the knocking out of Nord Stream-2 that American LNG exporters intend to occupy this market share. Of course, Europe will not be delighted and will begin to look for workarounds, as is the case with Iranian oil, but the message is clear: the US is serious.

In the worst case scenario, Nord Stream-2 turns into a long-term construction, or it will not be completed at all, becoming a monument to the domestic “effective management”. And now let’s recall that from 2021 the volumes of gas contracted by Gazprom will decrease to 40 billion cubic meters, which will force the monopolist to pay for Ukraine’s services at higher rates. It’s very difficult to comment on this “strategy” of the leadership of the state corporation without a strong word. It is worth recalling that these of his "art" are funded from the federal budget.
Ctrl Enter
Noticed oshЫbku Highlight text and press. Ctrl + Enter
We are
Peace enforcement operation. Russia inflicts a preemptive strike on Kiev
Three years left: Ukraine will be sold in parts
Reporterin Yandex News
Read Reporterin Google News
30 comments
Information
Dear reader, to leave comments on the publication, you must sign in.