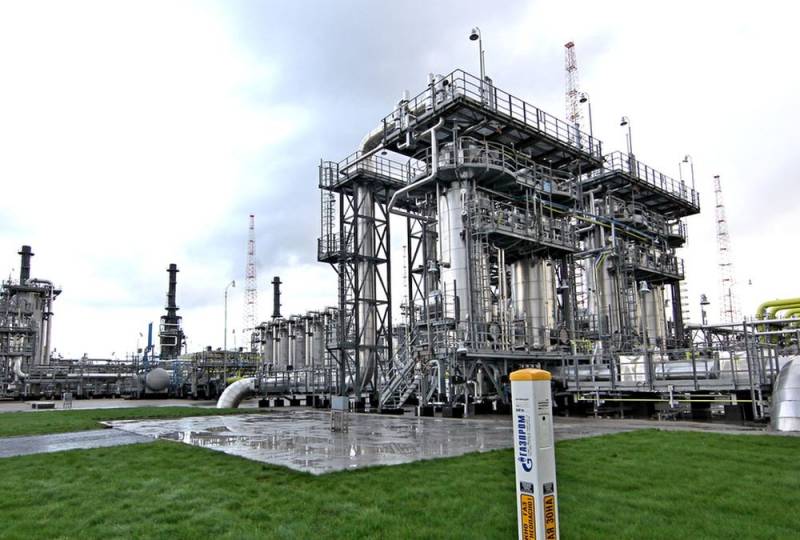 According to PJSC Gazprom, in January 2020, the volume of transit of Russian gas to Europe through Ukraine decreased by 70%. At the same time, PJSC Gazprom sold a record amount of gas through its electronic trading platform (ETP).


It should be noted that according to the information of the head of the Gas Transmission System Operator of Ukraine LLC Sergey Makogon, transit through Ukrainian territory in the indicated time amounted to only 2,55 billion cubic meters. m. Moreover, in accordance with the terms of the new (five-year) contract, transit was paid at the rate of 5,518 billion cubic meters. m. He said that "paid capacity used by 46%."

In this newspaper "Vedomosti" informed the public that the gas sold through the ETP of PJSC Gazprom was much cheaper for European buyers than under long-term pipeline contracts. It is emphasized that competitors from among the suppliers of liquefied natural gas (LNG) allegedly forced the Russians to lower prices.

It should be noted that the allegations “that the LNG suppliers forced” look extremely doubtful. After all, LNG is much more expensive than pipeline gas.

Moreover, from Interfax noted that the average cost of the same volume of gas under long-term contracts is $ 204,7 per 1 thousand cubic meters. m. That is, it is one third more expensive. But in 2019, the average gas price at which Gazprom sold it amounted to $ 162,4 per 1 cubic meters. m

According to some Russian experts, PJSC Gazprom never sold as much gas through the spot market, and they are surprised at what is happening. For example, in 2019, only 14,1 billion cubic meters were sold on the spot market. m. At the same time, few of them pay attention to the fact that PJSC Gazprom has indeed begun to develop its trading platform, which competitors are not happy about. Some experts generally believe that PJSC Gazprom does not have a well-thought-out development strategy. Although it is doubtful that PJSC Gazprom may have problems, because prices are steadily above $ 100 per 1 cubic meters. m

By the way, there is nothing surprising in the above. The mild winters and the huge volumes of gas that Europeans stockpiled before are the main reasons for the fall in prices.
Ctrl Enter
Noticed oshЫbku Highlight text and press. Ctrl + Enter
We are
Ukraine raised the tariff for pumping Russian gas to Europe
Russia may increase gas pumping to Europe bypassing Ukraine: the method is named
Reporterin Yandex News
Read Reporterin Google News
Ad
The publication is looking for authors in the news and analytical departments. Requirements for applicants: literacy, responsibility, efficiency, inexhaustible creative energy, experience in copywriting or journalism, the ability to quickly analyze text and check facts, write concisely and interestingly on political and economic topics. The work is paid. Contact: [email protected]
18 comments
Information
Dear reader, to leave comments on the publication, you must to register.
I have an account? Sign in