The British about life in Russia, the enmity of Russian and Anglo-Saxons, and sobering 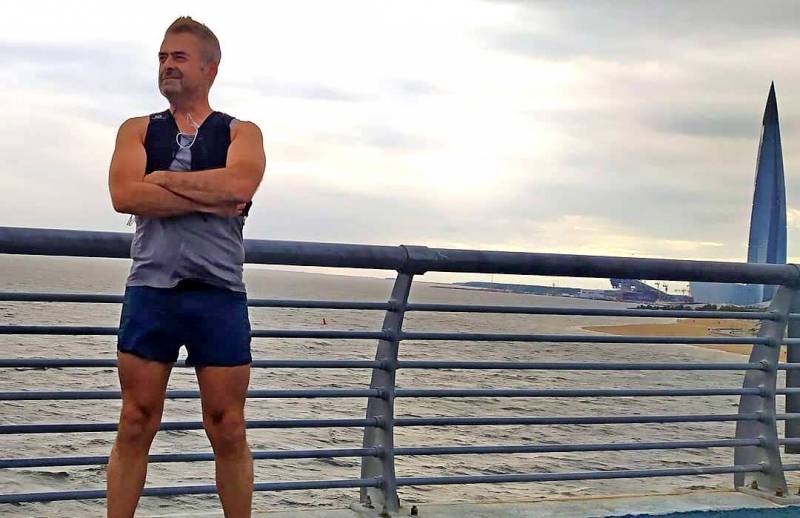 Russia and Great Britain are two former world empires that traditionally competed with each other in Europe. It is believed that the British and Russians can not stand each other. Is this really so, and what a subject of Her Majesty saw our country, told the portal Ru_Open British actor, producer and translator Tobin Oder.

How can an ordinary Englishman have a strange, at first glance, desire to live in Russia? Tobin explains that Russian literature “led us” by the hand. As a child, he read a lot of Tolstoy, Gogol and Dostoevsky. At first in translation, and then decided to study Russian and read in the original. In particular, he mastered Anna Karenina on the great and powerful several times already. However, in the year that he took himself to study the Russian language, he did not meet his needs, because for twenty years he has been living and working in Russia.

Upon arrival, the Briton was in Russia of the sample of the nineties. He had to live in a communal apartment with several people, and it was hardcore. He rented a room with a family consisting of a mother and daughter, and so he had to move to a closet, where they huddled together. The gallant Englishman suggested that they switch places, but they refused. Even in this communal apartment in a separate room there lived some granny who hated everyone, and there was a continuous war between neighbors. According to Tobin, it was a real school of Russian life.

It is noteworthy that something similar is predicted in the traditionally richer countries of the West, for example, in the USA. Many people are getting poorer and can no longer afford separate housing. They organize "cooperatives" for joint renting and living.

This is another Russian chip, which the Englishman was forced to meet in due time. There is nothing like this in the West, so getting into it was a big surprise for Tobin. Once he was drinking at a friend’s party, and woke up in a sobering-up station, not remembering how he found himself there. Subsequently, he found out that he was drunk with a friend in the yard, and police officers drove up to him. Tobin tried to hit them (!), But instead of shooting him, as the brave American cops are supposed to, they drove him to oversleep.

At the same time, nobody beat him half to death, although he had to be dragged away from the police with the help of a friend. “Sobering services” and valuable experience cost him 73 rubles; he keeps the receipt to this day.

Tobin calls our compatriots "forest people" because of their tightness. So, in England it is customary for everyone to smile and say hello, and in Russia this is considered "cretinism":

It seems to me that the Russians are forest people, suddenly someone appears, and you are in the forest, sandwiched people. If you are not a forest man, then seeing how a man is approaching you, you are preparing to say “hello”. This is my theory.

Literature. It was she who brought the Englishman to Russia. He especially emphasizes "Lady Macbeth of Mtsensk", where he saw not only drama, but also sex.

Music. Among domestic pops, the British prefers the Tatu group, which at one time was No. 1 in England and Japan. It was a tremendous international success.

Russian proverbs and sayings, among which the beloved "Work is not a wolf, will not run away into the forest."

Central heating. In Russia, even at minus 30 and minus 40 it is warm in apartments. In the UK, it is cold in houses and apartments; drafts are walking along them. Accustomed in Russia to walk at home without shoes, visiting his parents on the island, he had to wear shoes again in winter.

Tobin does not like our non-punctuality, which he himself contracted. If the Englishman is 10 minutes late for the meeting, it means that he was hit by a car, or something else serious happened. The Russians, in his opinion, are calmer.

The feud of Russians and Anglo-Saxons

There is a myth that the discord between Russia and Britain began after Queen Elizabeth I rejected the proposal for marriage from the Russian Tsar Ivan the Terrible. True, she refused to everyone, earning her the nickname “virgin queen,” and she was under fifty at the time of the match.

Tobin has a humorous attitude towards this version, rightly believing that the reason for the enmity between the two empires was the discrepancy between their national interests. When they coincided, for example, in the Patriotic War of 1812, World War II, the Russians and the British interacted very effectively.
Ctrl Enter
Noticed oshЫbku Highlight text and press. Ctrl + Enter
We are
“With Russians it’s worth playing fair or not playing at all”
Where is Russia going?
Reporterin Yandex News
Read Reporterin Google News
8 comments
Information
Dear reader, to leave comments on the publication, you must to register.
I have an account? Sign in