The stumbling block: why Russia and Estonia are arguing over a patch of the Pskov region 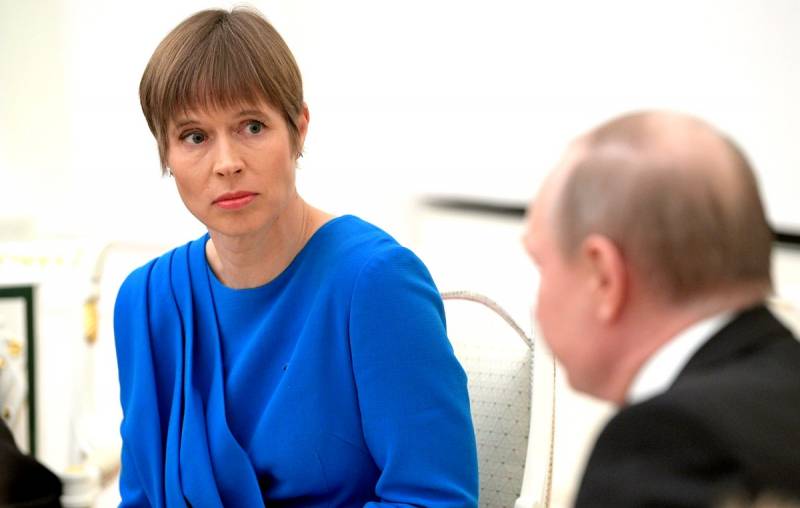 Very curious news come from the Baltic states. As always happens in difficult times of Russian history, the neighbors openly discuss the possibility of redrawing the state border in their favor. Tokyo demands the return of the Kuril Islands, in Kiev they say about the “Ukrainian Kuban”. So in the small but proud Estonia they remembered that, it turns out, Tallinn has the right to apply for a part of the Pskov region.


Henn Põlluaas, Speaker of the Estonian Parliament, stated that the Tartu (Yuryev) treaty of 1920, according to which the Pechora district of the Pskov region was surrendered to Estonia, continues to be valid today:

It does not contain any expiration dates or deviations from them. According to international law, the Tartu Peace Treaty is valid now, in the XNUMXst century.
However, almost immediately, the president of this country, Kersti Kaljulaid, announced that Tallinn did not intend to revise the state border with the Russian Federation. What is the reason for all the fuss, and why does the Estonian politician issue such resonant and contrasting statements?

Estonia has a very small history of "statehood." Until 1917, the Baltic states that included it were part of the Russian Empire. After the Revolution, Soviet power was established there, but in 1918 German troops invaded there. After 13 months of war and the Red Army’s unsuccessful attempt to liberate Estonia, the RSFSR was forced in 1920 to sign a peace treaty in the city of Tartu (Yuryev).

According to him, Estonia gained recognition of independence, the state border, diplomatic and consular relations were established. Tallinn considers this treaty, received with the support of German bayonets, the birth of its statehood. And then everything becomes much more complicated, because it depends on different interpretations of historical events.

In 1940, the Baltic states became part of the USSR. From the point of view of Moscow, this agreement automatically terminated. The problem is that Tallinn considers joining the Soviet Union an “occupation”. They refer to the continued functioning of the Estonian government in exile. The United States, Great Britain and other Western countries did not recognize the legal reunification of the Baltic States with Russia. Something that recalls in recent history.

The key issue today may be that part of the Russian territory in the Pskov region, under an agreement of 1920, became part of Estonia, and after 1940 returned. However, in the West this fait accompli was not recognized legally. Recall that the Baltic states is one of the most likely places of NATO’s clash with Russia. The territorial claims of Estonia may very well be used by the North Atlantic Alliance as a pretext for starting a conflict.

Obviously, President Kersti Kaljulaid is a fairly sane and far-sighted person, as she hastened to declare that Tallinn is not inclined to revise the state border:

We must also respect the international consensus that Europe’s post-war borders will no longer be redrawn.
.
However, with all the sanity of this statement, it should be remembered that Estonia, to put it mildly, is not the most sovereign state that is seriously dependent on Western Europe and the United States. Enough in Estonian politics and hotter goals with Russophobic sentiments. This means that at any suitable moment, Tallinn will be able to get this card and put the question on the edge.

Some time ago we brought optionsdue to which the conflict between NATO and Russia may begin in the Baltic states. Perhaps now the territorial issue with Estonia should also be attributed to it.
Ctrl Enter
Noticed oshЫbku Highlight text and press. Ctrl + Enter
We are
Ukraine from the inside: traitors, curators and those who watch from the Kremlin
Ten "defeats" of Putin
Reporterin Yandex News
Read Reporterin Google News
9 comments
Information
Dear reader, to leave comments on the publication, you must sign in.