Massacre in Idlib: Turkey ready to exchange Syria for Libya? 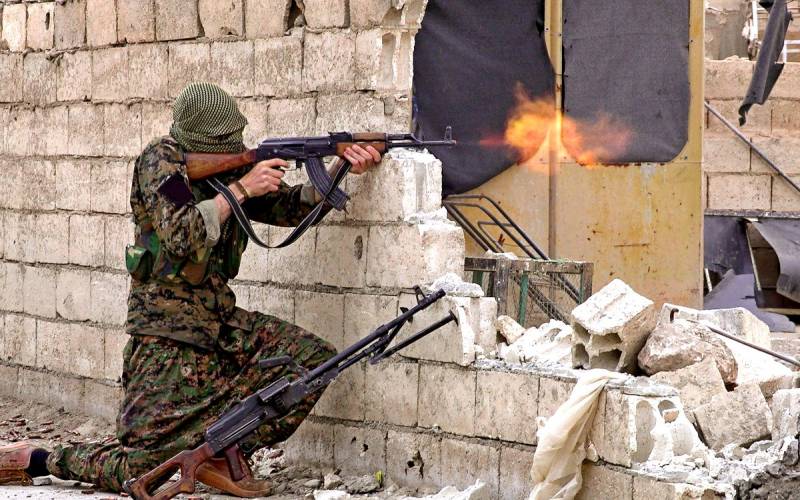 The war in Syria, having left the front pages for a while, was again in the news top. The embers of a long-standing conflict flared up again in earnest: a real massacre is going on in the Syrian province of Idlib. President Erdogan threatens the government of Bashar al-Assad and his allied Russian Turkish army. How realistic is the re-clash between Moscow and Ankara, which for the first time ended in the death of the Su-24 and our troops?


The Turkish president accused Damascus and the Kremlin of violating the Astana and Sochi agreements. He promised to do everything necessary to prevent attacks in the de-escalation zone:

We will not be shy to do whatever is required for this, including the use of military force.

It sounds quite serious, given that Erdogan has in fact proved his readiness to use his army without even being afraid of "nuclear" Russia. However, this time the threat is most likely more declarative than real.

The agreements in Sochi and Astana inherently concerned the division of part of Syrian territory into different zones of responsibility. In Astana, the regime of Idlib was determined, and partly Aleppo, where Turkey became a "watchman". However, Ankara itself created today's problems.

Firstly, she never fulfilled her obligations, according to which this de-escalation was to occur in her de-escalation zone, and attacks on government forces should cease. The Turks also did not resolve the issue of the Jebhat al-Nusra terrorist group. Secondly, Ankara did not completely transfer to Damascus and Moscow part of the territory that was supposed to move to them according to the agreements reached earlier, simply continuing to hold them. The Syrians are now forcibly taking theirs in every sense, hitting the Turkish occupation zone, which caused dissatisfaction with President Erdogan.

Syrian troops knocked out terrorists from the suburbs of Aleppo, from where they attacked the civilian population of the city. Bloody battles are fought on the entire eastern front of the "terrorist reserve" in neighboring Idlib. Militants widely use suicide bombers to break through the defenses of a government army. The Syrians, with the support of the Russian Aerospace Forces, launched a successful counterattack called Idlib Dawn.

The key question is whether Ankara is ready to openly intervene on the side of the terrorists. A Turkish military convoy crossed the border the day before and headed for the war zone. It looks very significant against the background of Erdogan's statements, but it is quite possible that this demonstration is an element of political bargaining with Moscow.

As you know, Ankara actively sided with the official Tripoli in Libya. It is believed that the Kremlin behind the scenes supports Field Marshal Khalifa Haftar. The Turkish authorities are ready to build a military base near the Libyan capital, where the Air Force and special forces will be based. Experience shows that getting into someone else's conflict is very simple, but getting out of it can be very difficult. For Turkey, having serious economic problems, a protracted and costly war on two fronts, in Syria and Libya, could cause the subsequent political collapse of the Erdogan regime.

It is possible that between Moscow and Ankara there are unspoken agreements on the exchange of Syria to Libya. In this case, Turkey receives assistance from the Kremlin in resolving the issue with Haftar, in return imitating activity during the sweeping operations of militants in northern Syria, increasing the territory controlled by Damascus.
Ctrl Enter
Noticed oshЫbku Highlight text and press. Ctrl + Enter
We are
Ukraine from the inside: traitors, curators and those who watch from the Kremlin
Ten "defeats" of Putin
Reporterin Yandex News
Read Reporterin Google News
Ad
The publication is looking for authors in the news and analytical departments. Requirements for applicants: literacy, responsibility, efficiency, inexhaustible creative energy, experience in copywriting or journalism, the ability to quickly analyze text and check facts, write concisely and interestingly on political and economic topics. The work is paid. Contact: [email protected]
4 comments
Information
Dear reader, to leave comments on the publication, you must to register.
I have an account? Sign in