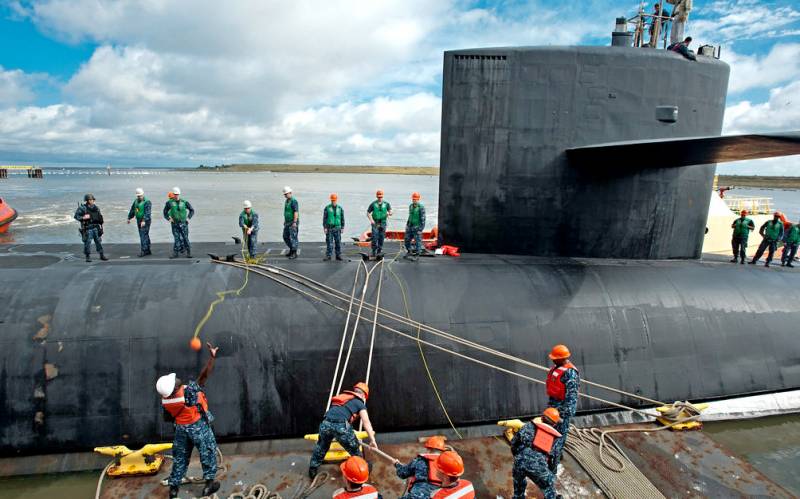 Nuclear war is usually considered a kind of horror story that can scare the townsfolk, but it will never really happen. It is customary to talk about Doomsday, a nuclear apocalypse, which, of course, will never come, since no one in their right mind would want to live on a radioactive ashes. But is it really so simple?


Speaking of nuclear war, they usually mean a conflict between Russia and the United States, the owners of the largest arsenals and a full-fledged nuclear triad. For some reason, it is believed that any "sneeze" from the Americans in our direction will immediately be followed by a blow by "strategists" at decision centers. However, as it turned out, the United States has a slightly different opinion on this issue.

The most likely collision point between Russia and NATO, where the US violin plays the first fiddle, is the Kaliningrad region and this entire region. November 11, 2019 on the "Reporter" came out publication entitled "Why is a nuclear war in the Baltic possible." Either we “got into a mess”, or were too insightful.

In that material, we cited the opinion of the American analytical agency RAND, considered one of the unofficial structures of the CIA, that Moscow might not respond with a nuclear strike to a US nuclear strike against Russian troops in the Baltic states. What gave them reason to think so?

The third includes intimidation itself: delivering small-scale nuclear strikes against an advancing enemy with the goal of stopping him, "thinning the ranks" and changing the balance of forces in his favor. That is, the path to a strategic missile strike on “decision centers” is not a short one, which is not so bad, actually.

It turns out that in the modern world the real need for the Tsar Bomb is much lower than for a low-powered but numerous tactical nuclear weapons. According to the Nuclear Review policy Pentagon from 2018, in Washington, thought about creating and expanding such an arsenal. The Ministry of Foreign Affairs of the Russian Federation reacted to this a year ago:

This topic was already included in last year’s review of Washington’s nuclear policy. Even then, we expressed serious concern that the development of such low-power ammunition lowers the threshold for the use of nuclear weapons and, of course, increases the risk of a nuclear conflict.
But the US did not stop it. In the shortest possible time, low-powered sea-based W76−2 nuclear warheads were developed with a capacity of about 6 kilotons. For this, thermonuclear fuel was removed from the Trident II rocket, significantly reducing the charge force. It cost the Pentagon some $ 65 million, but with incredible speed, it received new weapons that could become the "missing link." Now it has entered combat duty aboard the Tenessee nuclear submarine (USS Tennessee (SSBN-734), Ohio class).

In the United States, this new round of the arms race was commented as follows by Dr. Melissa Hanham of the One Earth Future Foundation:

We will simply believe that you recognize the attack as a “small nuclear weapon” and do not take revenge on everyone that you have. Remember: the United States only intends to bite you a bit.
It seems that in Washington, for some reason, they are convinced that the inhabitants of the Kremlin are not prepared to erase the US into radioactive powder using ICBMs, while becoming "martyrs." The most annoying sequence of actions of Americans in an effort to verify this.
Ctrl Enter
Noticed oshЫbku Highlight text and press. Ctrl + Enter
We are
US imposes “nuclear scam of the century” on Russia
Putin and Lavrov have done their job. General Shoigu, your way out!
Reporterin Yandex News
Read Reporterin Google News
27 comments
Information
Dear reader, to leave comments on the publication, you must sign in.