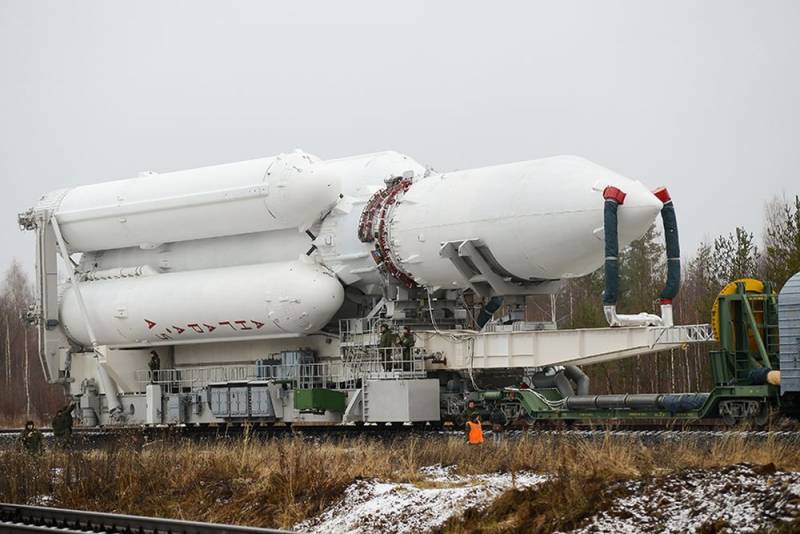 At the Royal Readings on Cosmonautics in Moscow, the main researcher at the Research Institute of Space Systems named after A. A. Maksimov ”(Research Institute of CS) Yuri Klimenko said that flight tests of the Angara-A5 heavy launch vehicle (LV) will be substantially reduced. NII KS is a structural unit of JSC “State Space Research and Production Center named after M.V. Khrunicheva ”(JSC“ State Scientific and Production Center named after M.V. Khrunichev ”), which, in turn, is part of the state corporation“ Roskosmos ”.


So, according to Klimenko, the flight tests of the Angara-A5 launch vehicle at the Plesetsk cosmodrome were reduced from ten to six launches. At the same time, there may be even fewer test launches from Vostochny Cosmodrome.

Unfortunately, the volume of flight tests is reduced, even for the fifth "Angara" (from Plesetsk -ed.) There were ten launches, now there are only six launches. For Amur (Vostochny Cosmodrome) there will be even less
- said Klimenko.

After that, some experts began to actively explain what was happening. For example, the supervisor of the Space Institute policy (IKP) Ivan Moiseev suggested that the decision to reduce the testing of the Angara-A5 LV could be related to the desire for an early launch of the missile system.

At the current launch frequency, when we have one rocket flying every six years, flight tests will stretch for 20 years. According to world practice, two to three flights are enough to complete the flight tests of the rocket
- said Moses.

In this regard, the reduction in flight tests can only be welcomed, since this indicates the confidence of designers in the correctness of technical solutions
- added Moses.

At the same time, Moiseev did not go into details about “world practice” and about “we have one rocket every six years,” not to mention “the confidence of the designers.” Moreover, Moiseev told the newspaper "Sight"that the test of the emergency rescue system of the manned spacecraft “Oryol” (the former “Federation”) by means of the destruction of the Angara-A5 LV, “practically” will not give a result. Consequently, the money will be wasted. He did not specify the safety of the astronauts.

We have a good rescue system that has been repeatedly tested. In order to test it, it is not necessary to use a rocket. You can, of course, for a more accurate picture, but it is very expensive. Yes, and will give a little in comparison with conventional tests
- stressed Moses.

It should be recalled that from 2014 to the present Moiseev is a member of the expert council under the Russian government. And the organization headed by him was created in May 1993 by the Russian Space Agency, the Russian Law Academy of the Ministry of Justice of the Russian Federation and the Expert Firm “Yurek” with the support of the Commission on Transport, Communications, Informatics and Space of the Supreme Council of the Russian Federation as an independent and non-profit research organization.
Ctrl Enter
Noticed oshЫbku Highlight text and press. Ctrl + Enter
We are
Starting table for the "Angara" began to build at the Vostochny cosmodrome
Named the cost of creating the latest Angara rocket
Reporterin Yandex News
Read Reporterin Google News
Ad
We are open to cooperation with authors in the news and analytical departments. A prerequisite is the ability to quickly analyze the text and check the facts, to write concisely and interestingly on political and economic topics. We offer flexible working hours and regular payments. Please send your responses with examples of work to [email protected]
3 comments
Information
Dear reader, to leave comments on the publication, you must sign in.