The loss of two sides in a week: who made the "air fall" of the US Air Force? 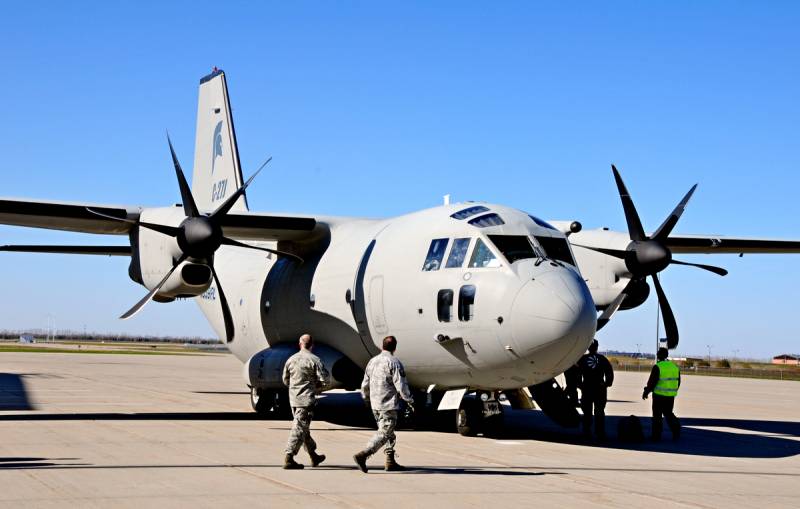 The US Air Force continues to pursue failure. On January 27, a specialized communications aircraft Bombardier E-11A crashed in Afghanistan. According to representatives of the Taliban, he was shot down by them, but the Pentagon refuses to recognize this fact. Two days later, the US military transport plane C-27J Spartan crashed in Iraq, all US troops on board were killed. Coincidence?


In fact, a coincidence cannot be ruled out. Washington has a lot of military equipment and participates simultaneously in several conflicts in different countries. Two such events could well overlap one another in time. However, there is something that connects both of these incidents.

Of course, we are talking about the deceased Iranian general Kassem Suleimani and the regional head of the CIA, Michael D'Andrea, who apparently was directly involved in his murder.

Michael D'Andrea is a professional American intelligence officer who entered the CIA in 1979. His activities took place in Africa, Egypt and Iraq. He has a lot of deaths on his conscience: he led a program of drone strikes against living targets in Yemen and Pakistan. Since 2017, D'Andrea has been in charge of the Iranian direction, so the organization of the assassination of Suleimani was in his competence.

The United States responded for the death of its legendary general on January 8 with missile strikes at the Ain al-Assad military base located in the Iraqi province of Anbar. It is noteworthy that the US military were warned in advance of impending retaliation and took refuge in a bunker. It was reported that no one was hurt, and President Trump spoke out in the spirit that the US Armed Forces were stronger. A couple of weeks later, it turned out that in fact more than fifty soldiers were shell-shocked and received traumatic brain injuries.

It turns out that the Americans are lying, well, it’s necessary. Further even more interesting. According to available information, Michael D'Andrea himself could be on board the fallen Bombardier E-11A. The Taliban was the first to report that the plane was shot down, but in the United States they first tried to pass off the crash of a military communications plane as a crash of an ordinary passenger airliner. In the future, Washington acknowledged the deaths of pilots, but D'Andrea stubbornly remains silent about the fate of the head of the regional branch of the CIA.

And two days later, a military transport aircraft C-27J Spartan crashes in Iraq, some modifications of which can be used by the Central Intelligence Agency. What is even more remarkable, this happened near the very base of Ain al-Assad, which had previously been subjected to an Iranian missile attack. Coincidence?

Note that Tehran does not take on these losses. Which is quite reasonable if it is really his "long arm." If everything is as it seems, then we can draw the following conclusions.

Firstly, Iran has well-established intelligence if its intelligence services were able to "catch" not the least important "bump" in the CIA. Information could either leak from informants or be obtained through its own satellite constellation, which Tehran has, albeit not entirely “high-tech”. This allows you to deliver targeted strikes, which indicates serious progress in the missile program, as well as arrange a hunt for their offenders.

Secondly, Iran has a developed proxy network in neighboring countries through which it can create huge problems for its opponents. Ironically, it was General Suleymani who developed this network, who from the next world could indirectly get even with his killer.
Ctrl Enter
Noticed oshЫbku Highlight text and press. Ctrl + Enter
We are
The fall of the US Air Force in Afghanistan can rightly be assessed as revenge for Suleymani
Ten "defeats" of Putin
Reporterin Yandex News
Read Reporterin Google News
7 comments
Information
Dear reader, to leave comments on the publication, you must to register.
I have an account? Sign in