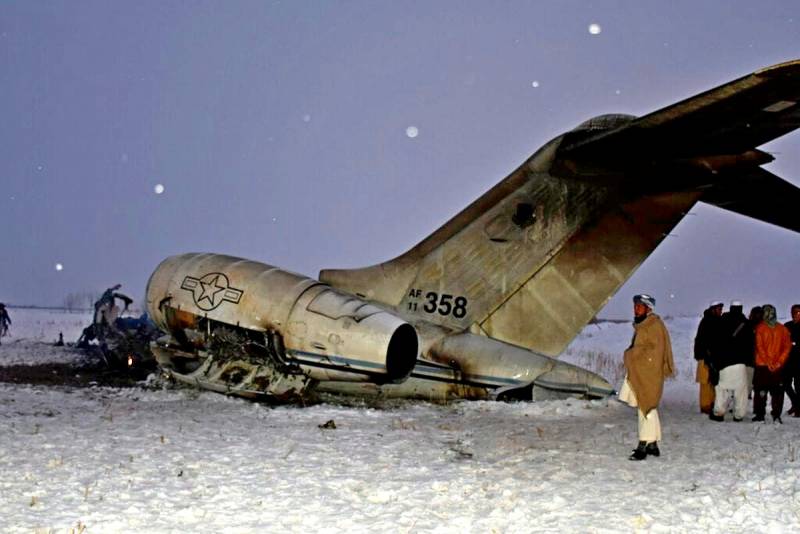 Somehow, it turned out that the representatives of the American power structures involved in the high-profile crimes of the US administration did not live long.


The assassination of Iranian general Kassem Suleimani was no exception in this series.

The Iranian agency Mehr, citing sources in Russian intelligence, reported that CIA operative Michael D'Andrea, involved in a number of special operations in the Middle East, including the murder, was aboard a plane of the US armed forces that crashed in the Afghan province of Ghazni. Suleimani.

The Taliban, who claimed responsibility for the death of the plane, had previously made a statement that CIA officers were on board, but they preferred to remain silent about this in the White House.

On the network, citing Reuters, there were reports that several people on board an American aircraft could survive and were hiding near the crash site.

Also, Arabic-language pages on social networks report that not far from the crash site, the Taliban allegedly shot down one of the American search and rescue helicopters.

Perhaps in the near future some details of the incident with the downed American plane will become known, but the full picture of the incident is unlikely to become public.

Just as it was in the case of the death of the special forces involved in the assassination of Bin Laden.
Ctrl Enter
Noticed oshЫbku Highlight text and press. Ctrl + Enter
We are
“He spoke poorly about the US”: Trump has named a new reason for the murder of Suleimani
Pompeo for several months sought Trump sanction to kill Suleimani
Reporterin Yandex News
Read Reporterin Google News
Ad
We are open to cooperation with authors in the news and analytical departments. A prerequisite is the ability to quickly analyze the text and check the facts, to write concisely and interestingly on political and economic topics. We offer flexible working hours and regular payments. Please send your responses with examples of work to [email protected]
3 comments
Information
Dear reader, to leave comments on the publication, you must sign in.