The first manned flight of the American Crew Dragon is expected 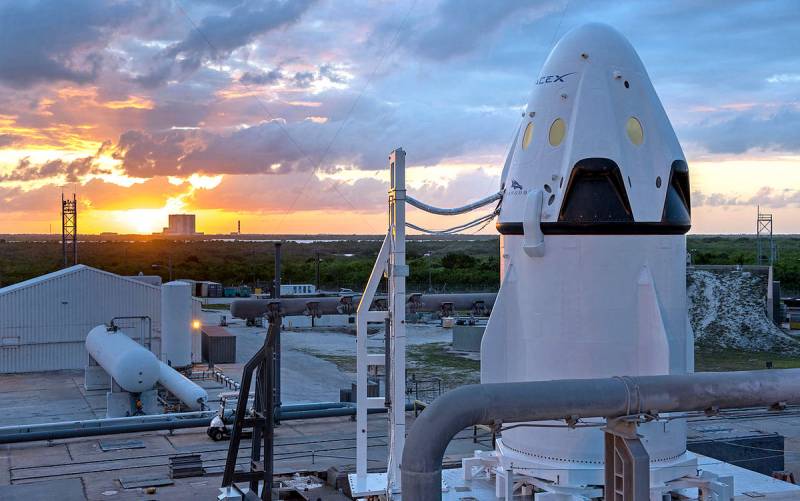 The American spacecraft Crew Dragon from SpaceX Corporation can make its first manned flight in the spring of this year. The last tests of the security system were successful, and now in the coming months, the company Elona Mask intends to send his brainchild to the ISS with a crew of two astronauts on board.


Recall that in 2011, the Space Shuttle program was closed. From that moment to the present day, the American Space Agency has used the Russian Soyuz to deliver its astronauts to the International Space Station.

A year earlier, in 2010, NASA launched the Commercial Crew program, which implies the creation of a new American transportation system. Several private companies volunteered to participate in the project at once. In 2014, according to the results of the competition, the winners were announced: SpaceX and Boeing.

And the day before, the Ilona Mask Corporation announced its intention to carry out a manned launch of its ship in the spring of this year. The first astronauts to board the Crew Dragon will be Bob Benke and Doug Hurley.

It is worth noting that, in case of successful implementation, in addition to a significant contribution to the development of the American space program, the Commercial Crew program will bring economic benefit. NASA says that sending astronauts on their own ships will cost much less than on Russian ones. Today, Americans pay about $ 85 million for one seat on the Soyuz.
Ctrl Enter
Noticed oshЫbku Highlight text and press. Ctrl + Enter
We are
Russia versus the USA: spaceships in the near future
"Explosive" Dragon and Belated Boeing: who will be the first to replace the "Union"
Reporterin Yandex News
Read Reporterin Google News
Ad
The publication is looking for authors in the news and analytical departments. Requirements for applicants: literacy, responsibility, efficiency, inexhaustible creative energy, experience in copywriting or journalism, the ability to quickly analyze text and check facts, write concisely and interestingly on political and economic topics. The work is paid. Contact: [email protected]
2 comments
Information
Dear reader, to leave comments on the publication, you must to register.
I have an account? Sign in