Rehearsal of the biological war: why the epidemic began in China 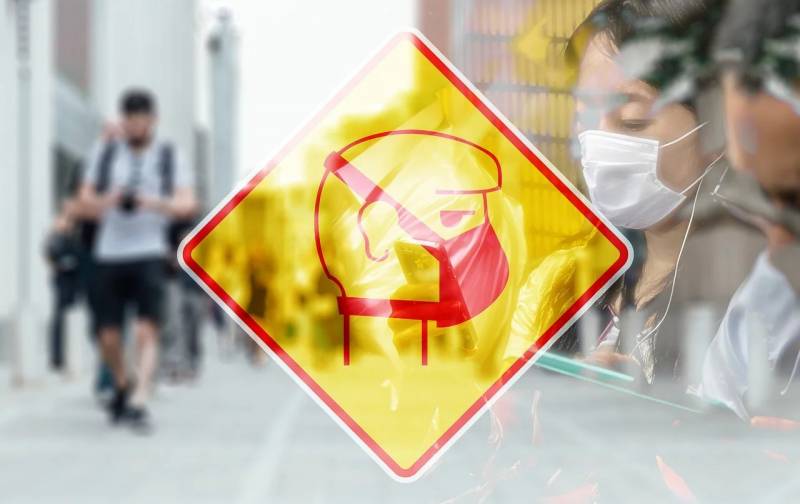 The epidemic of the Chinese coronavirus 2019-nCoV continues to develop rapidly. Almost three thousand people are already infected, 80 have already died. From China, a dangerous disease has spread to other countries. The farther, the more hypotheses that the epidemic is not at all random, and that it is a "rehearsal of biological warfare."


The main version is still the natural origin of the virus. Like us previously told, this is not the first such case in China. The reason is the large crowding of the population and the presence of such exotic creatures as snakes, bats, and so on in traditional Chinese cooking and medicine.

It is believed that coronavirus initially appeared in the body of a bat, then it was somehow transmitted to a snake, and from it to a person who consumed snake meat. In the realities of Wuhan's food market, this is not impossible. However, there are other explanations that we should also mention.

Have you infected yourself?

The fact is that China itself is actively developing in this area. Just in Wuhan, which became the focus of the 2019-nCoV infection, the largest biological and chemical laboratory of the Institute of Virology in China was opened several years ago. The reason for its creation was the 2003 coronavirus epidemic. In the laboratory, not only work is underway to create vaccines, but also strains of the most dangerous viruses are stored.

It has been suggested that, in addition to peaceful research, Chinese doctors could simultaneously work on biological weapons. Despite the most serious security measures, an emergency could occur. For example, it is reported that monkeys are used as test subjects, who could escape or otherwise infect personnel. It is now known that the virus can be transmitted from person to person even during the incubation period, when the patient appears to be completely healthy and does not feel any symptoms.

There is another hypothesis, according to which a dangerous virus of artificial origin could be released in China by ill-wishers from the United States or even Japan. For example, a disease could enter the market in specially contaminated meat. The following factors testify in favor of this theory.

At firstWuhan is simply an ideal place as a hotbed of the spread of the epidemic. This is a city with a multimillion population, a large transport hub. From here, the disease could easily spread to the rest of China and go abroad.

Secondly, the beginning of a dangerous epidemic is a serious blow to China, waging a trade war with the United States. Everything happened on the eve of the Chinese New Year, but the millionaire cities are quarantined, limited public transport. The population avoids visiting crowded places, shops, domestic demand is falling. The damage is caused to the tourism industry, air travel is affected. Some countries are beginning to ban agricultural supplies from China. And this is only the beginning, if the epidemic cannot be controlled, then it will only get worse due to the growth of panic moods.

Thirdly, no matter how cynical it may sound, the 2019-nCoV coronavirus is still difficult to call absolutely lethal for humans. Mortality is not much higher than that of the flu, far inferior to the terrible Ebola. People die from a new disease, but, as a rule, these are elderly people or patients with other serious illnesses, such as oncology. It is also interesting that mainly ethnic Chinese are sick so far.

According to the conspiracy theory, we have a “rehearsal” of a possible biological war: a “moderately” dangerous virus directed against representatives of a certain nation has been released to test how it will act in real conditions, and also to see how effective the actions of a potential adversary will be to neutralize it. If this hypothesis is true, then some people already have the vaccine, and it may soon appear on the market.
Ctrl Enter
Noticed oshЫbku Highlight text and press. Ctrl + Enter
We are
Deadly virus is expanding: bio-weapons could be used against China
Ten "defeats" of Putin
Reporterin Yandex News
Read Reporterin Google News
Ad
The publication is looking for authors in the news and analytical departments. Requirements for applicants: literacy, responsibility, efficiency, inexhaustible creative energy, experience in copywriting or journalism, the ability to quickly analyze text and check facts, write concisely and interestingly on political and economic topics. The work is paid. Contact: [email protected]
6 comments
Information
Dear reader, to leave comments on the publication, you must to register.
I have an account? Sign in