Sanctions in favor: Germany recognized the huge potential of the Russian Federation in agriculture 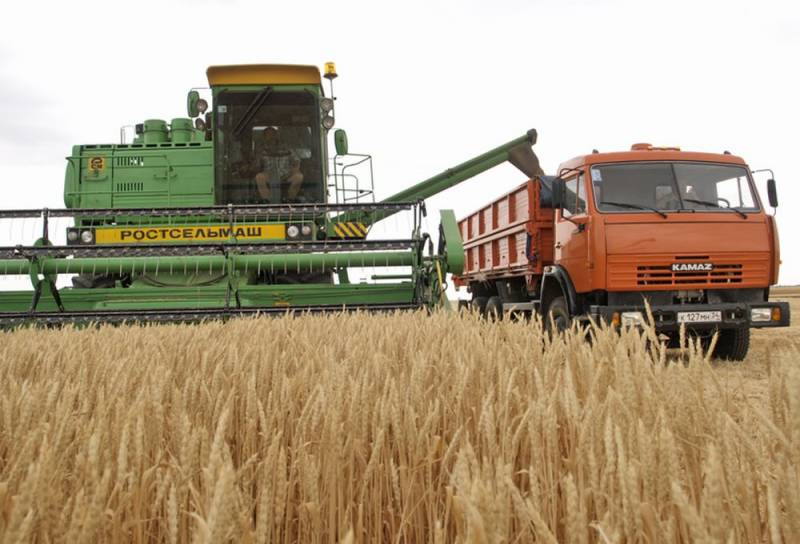 In the West, more and more often they come to the conclusion that despite the sanctions and various other types of counteraction, the largest country on the planet continues to confidently restore its agriculture. For example, the German daily newspaper Der Tagesspiegel tried to find out if Russia has become a strong agricultural country after Russian farmers participated in the international exhibition of food industry and agriculture in Berlin called Green Week.


The author of the material is Jonas Schulze Pals. He called Russia a direct competitor of the European Union and the United States in the supply of wheat to the world market. At the same time, the expert emphasized that Russia has tremendous potential in agriculture. He specified that Russia was represented at the specified exhibition by a huge pavilion. It was the size of 5 thousand square meters. meters and was the second largest at Green Week. Since 2015, this was the second such exhibition in which Russia took part.

The expert noted that immediately after the opening of the exhibition, the veterinary service of the Charlottenburg-Wilmersdorf district (Berlin) came and closed the Russian pavilion for two hours. They were interested in 20 sausages sealed in film and 280 kilograms of other products, which supposedly were not properly registered at customs.

By the way, pork import is really banned in Germany. The authorities allegedly did this to prevent epidemics. However, many believe that this is just protection from competitors. By the way, they say that the organizers of the “Green Week” themselves “invited” the veterinarians to the Russians.

In the course of familiarization with the Russian pavilion, the journalist noted that the stand of the producer of vegetables "Rost" was decorated quite modestly. Tomatoes and cucumbers were laid out on a small table right by the aisle, the remaining approximately 10 square meters. m stand were empty. This did not stop the journalist from writing that serious, positive changes have occurred in Russian agriculture in recent years. Moreover, Russia has ceased to depend on food imports, as it was during the collapse of the USSR. He recalled that when Russia introduced counter-sanctions, they hit German farmers very hard. The journalist did not leave without attention the support of agriculture from the Russian government.

- explained specialist Linde Götz (Linde Götz) from the Institute. Leibniz in Galle, which has been observing agriculture in Russia for several years.

According to her, the import of pork into Russia has practically stopped. The situation is well with the production of poultry meat. But with beef there were some difficulties.

Beef production is still strongly tied to milk production. In 2018, 84% of meat was from dairy cows and only 16% - from animals of special meat breeds
Goetz explained.

Goetz drew attention to the fact that so far the export of all types of meat from Russia has remained at a very low level. At the same time, she noted an increase in the export of rapeseed, soybean and sunflower oil, although wheat is still the main export crop of Russia.

In the early XNUMXs, the country was still a net importer of grain. But now no other nation exports more wheat than Russia
Goetz emphasized.

The material also stated that Russia, although not yet one of the top ten exporters of agricultural products of the planet, but "the potential of unused land is enormous."
Ctrl Enter
Noticed oshЫbku Highlight text and press. Ctrl + Enter
We are
The fate of an Iranian who shot down a Ukrainian plane is revealed
Head of the European Commission: We must communicate with Russia from a position of strength
Reporterin Yandex News
Read Reporterin Google News
1 comment
Information
Dear reader, to leave comments on the publication, you must sign in.