A decision is being prepared: PACE challenged the credentials of a delegation from Russia 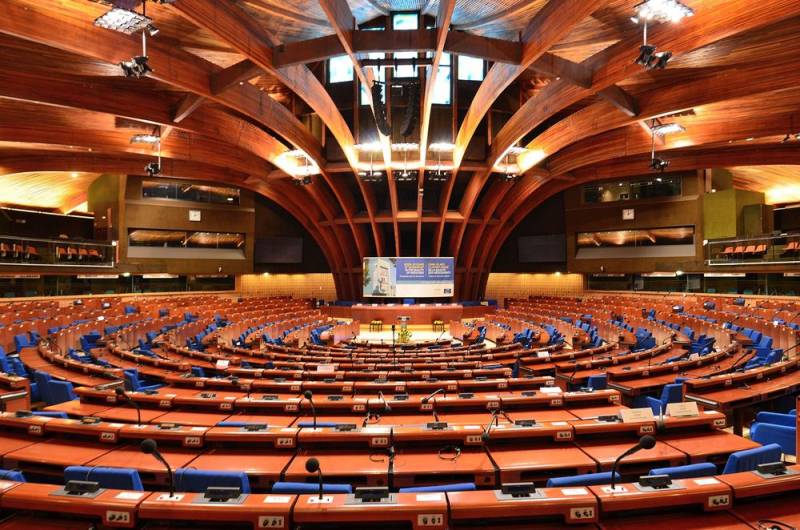 The group of chronic Russophobes entrenched in the Parliamentary Assembly of the Council of Europe (PACE) is haunted by the powers of the Russian delegation in this oldest European inter-parliamentary organization. So it is not surprising that about 30 deputies from five countries (not hard to guess which ones) decided to challenge the credentials of their Russian colleagues.

On behalf of my colleagues, I would like to call into question the credentials of the Russian delegation on substantial grounds.
- Emanuelis Zingeris from Lithuania said at the session, the statement of which was transmitted by the correspondent RIA News.

After that, according to rule 8 of the organization’s rules, the issue should be considered by the monitoring commissions. January 29, 2020 should be ready report. On the same day, PACE will discuss the extension of the delegation of Russia.

By the way, the representative of the Russian delegation Leonid Slutsky commented on what was happening.

The winter session of the Parliamentary Assembly of the Council of Europe has started in Strasbourg. As predicted, the powers of the Russian delegation were challenged by the Russophobic PACE delegates. We were ready for this. <...> We expect that the constructive majority of the Assembly will not allow a repeat of the crisis in relations between Moscow and Strasbourg and will fully ratify the powers of the Russian delegation
- said Slutsky.

It should be added that the next session of the organization runs from January 27 to January 31, 2020. Before this, on June 26, 2019, PACE restored the full powers of the Russian delegation. In total, PACE includes 47 countries, which are represented by 652 deputies.
Ctrl Enter
Noticed oshЫbku Highlight text and press. Ctrl + Enter
We are
PACE: Russophobes remained in the minority
PACE postponed the restoration of Russia in the organization
Reporterin Yandex News
Read Reporterin Google News
8 comments
Information
Dear reader, to leave comments on the publication, you must sign in.