Why did China launch a campaign against Russian weapons? 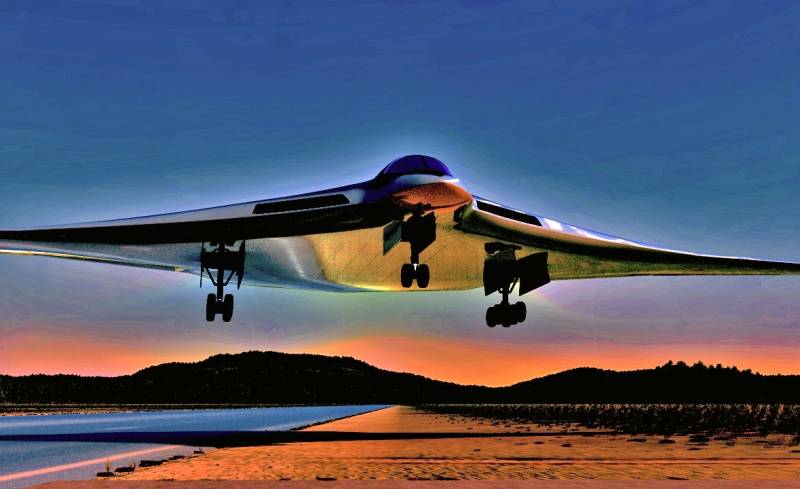 Recently, publications in the Celestial Empire’s electronic media have begun to go out one after another, casting doubt on our country's ability to create new, promising types of weapons, and to maintain the proper level technical equipment of the Armed Forces as such. All this begins to resemble a friendly and harmonious choir, performing its part according to some “score” written by someone.


Based on the fact that in China it is generally quite difficult to imagine an information campaign that some government circles would not have been involved in, the conclusions are not very positive. How much truth is there in the attacks voiced by the Chinese comrades on our military-technical potential and what could be their reason? Let's try to figure it out.

One of the most recent publications on the Sina.com portal, which is called “bone-wise” and with a fair amount of bias, raises the question: will the Russians, as promised, be able to put PAK DA into operation before 2027, which the authors of the publication call the “strategic invisible bomber” ? The conclusion is unequivocal - in no case! Skeptics from the Middle Kingdom substantiate their opinion with two points. Firstly, the fact that in our country “the production of the Tu-160M2 strategic bomber has resumed,” which the Chinese comrades are sure, completely deprives Russia of “the opportunity to launch other strategic plans for the development and research of bombers in the near future”. And here we come to the second, most important point ... Actually, counting money in someone else’s pocket (treasury, military budget) is a little respectable and ungrateful business. However, the Chinese are trying to do just that. They convince readers: Russia "lacks military funding and there is no opportunity to increase it." It’s a rather controversial statement, however, Sina categorically insists on it, while trying to operate with specific numbers: “the entire development”, as well as the construction of the Long-range Aviation Complex for Long-Range Aviation (just like that, we recall that PAK YES is actually deciphered), “Moscow only some 500 million rubles were released. ” Prudent Chinese recalculate this amount in dollars and get only 8 with a little million - ridiculous, in their opinion, amount that is completely insufficient for the implementation of projects of this magnitude. On this score, the authors go with all their heart and with maximum causticity.

"At such low costs," they argue, not only the development and testing of the bomber will be carried out "at an alarming pace", as they say, "with the aftertaste of a forced launch of the project," but also the "standards of research and testing" will be reduced to the limit. In a word - they rivet PAK YES on a tyap-yap yes "on a live thread" - and try to slip the State Commission, which it already is. Beauties ... In this case, a completely logical question arises: where did the inquiring minds of the Celestial Empire actually get the numbers voiced by them and how much do they correspond to reality? In fact, as far as I remember, Radio Sputnik at one time reported that only the development and “refinement” of a series of the first 12 catapults for PAK YES would cost the above half a billion rubles! In any open sources, it is not possible to find an estimate for this project, which is quite naturally hidden behind a cruel veil of secrecy. In the end, it remains to be wondered whether we have before us the realization of the saying: “I heard a ring, but I don’t know where it is” or a conscious attempt to mislead the reader. There is a strong suspicion that the latter, since the American "stealth bomber" B-2 Spirit cites Sina as a subject for comparison. That's where the heaps invested a whole bunch! True, the Chinese authors even make it seem somehow strange to fictitious, trying, as they admit, "to recalculate the purchasing power of research and development costs with current money," resulting in a staggering amount of 60 billion, which the United States seems to have cost the creation of two dozen "spirits" ... Well, what can I say?

The example chosen is extremely unsuccessful. B-2 Spirit, which really "flew a pretty penny" into the US state budget (well, maybe not at 3 billion apiece, but a couple of billions for sure), cannot be considered a success of the American military-industrial complex. We, in fact, have already written about this, so let me remind you briefly: according to the confessions of the highest-ranking Pentagon generals themselves, today American strategic bomber aircraft is in extremely poor condition. Among the B-1B Lancer, there are hardly five or six units that are capable of fighting, and all the same B-2 Spirits are forced to defend themselves in special hangars, the "filling" of which is slightly cheaper than the machines themselves. The vaunted “stealth-coating” under “adverse temperature and humidity conditions” comes off them like paint from a “Lada” passing through the “left” service station. In truth, there is enough direct exposure to ordinary sunlight. No wonder the Pentagon is already working hard to create the next "invisibility" - B-21 Raider. Without stinting at the same time, of course ... In reality, the US Air Force remains the "old men" of the B-52, some of whom are predicting a life expectancy of a full hundred years, as the only, practically, strategic vehicle of bomber aircraft of strategic level. All this to the fact that the fantastic amounts invested overseas in various military developments do not guarantee their success at all. The sky-high price has not yet made any plane, tank or warship automatically the best. There is no evidence for this simple postulate, yes, you see, it doesn’t reach everyone. If we follow the logic of the authors of Sina, then Russia should not have any “Daggers”, “Zircons”, “Vanguards” and “Poseidons” in any case - with its somewhat “meager” military budget. Unless the Americans - with their huge investments in the "defense industry".

And what in reality ?! However, about the "hypersound" the Chinese comrades also have their own, separate opinion. It turns out that the Celestial Empire on this critically important for ensuring undeniable strategic superiority, has long "put in the belt" not only the United States, but also Russia! In any case, this is what the military expert Lei Jie, who often appears in various Chinese media, is taken to assert. At the same time, he is trying to prove that “Moscow began work on this topic back in the days of the USSR” and all the current successes of Russian scientists are just the merciless exploitation of the “Soviet backlog”. Wise Chinese comrades were able to achieve “huge successes” in the issue of “hypersound”, while having “the worst technological reserves” and only since 2014. The allegations are not only controversial, but completely unacceptable - both regarding “weak technological capabilities” (they like to be pissed off in the Middle Kingdom) and about the fact that they started developing hypersonic weapons 6 years ago. As far as we know, by that time Beijing was already testing the first prototypes with might and main. Another question is how successful. So far, all the talk about the same DF-ZF hypersonic module comes down mainly to showing layouts and models and general phrases about the next “successful testing”. Nevertheless, Comrade Jie is already confident in the indisputable primacy of his country in this direction. On the other hand, this is nothing - in comparison with the conclusions that are made on the Chinese Internet resource NetEase. The author of the publication that appeared there, again, recently, in general, paints a completely apocalyptic picture of the total "death of Russian weapons."

And the casket just opened ...

Moreover, if you read the article, it becomes clear: the one who wrote all this, or an alien from the past, or a scammer! After all, speaking of today, he operates on the realities of 25 years ago! Well, how is it that the author claims the “destructive tendency that is observed in the field of Russian weapons and military equipment”: aircraft carriers and submarines are “on fire”, “planes are falling,” (presumably at least a dozen a day). And in general, today there is a “patching of all new holes in the hulls of military equipment produced back in Soviet times” ... And all because “the military factories were stolen during the privatization process,” and with scientific personnel, they’re terrible things ”, the workers“ speculate with factory equipment ”, and the military - with ammunition ... Stop, stop, stop! Under the guise of a story about today, they are trying to “vparit” the most natural picture of the times of Yeltsin and the company! No, that’s impossible ... There’s even nothing to discuss with anything and no one to do — all that remains is to return to the question: to whom and why such a completely obvious denigration and manipulation of facts may be needed? There are hardly any unbelievable reasons to search here. True motives are so simple that they literally lie on the surface. First of all, this desire to distract attention from the problems of its own military-industrial complex, in which things are far from being as brilliant as Beijing wants it to be. Take at least the same aircraft construction. As it turned out recently, with the previously planned massive release of the latest Chinese "invisible fighter" J-20, there were quite serious problems. The task set by the party and the government to transfer 50 such vehicles to the PLA by the end of 2019 was not completed.

The problem is that the development of high-thrust WS-15 turbojet engines by Chinese engineers is hopelessly behind schedule. So far, as far as is known, the J-20s already in service use either Chinese WS-10B engines or Russian AL-31FM2 / 3s. However, they do not give the results that were originally announced when it was created. Others still exist only in the project. The issue of establishing a mass production of J-20 for Beijing is critical - after all, according to military analysts, until 2025 the Asia-Pacific region will be saturated with at least two hundred American F-35s that are armed with the United States and its allies. However, an attempt, nodding to the fictitious “failures of Russia with PAK DA” to obscure their own aircraft misses, is not the main thing. It is very likely that Beijing is going to seriously compete with our country in international arms markets. Yes, actually, he is already doing this, and very intensively. There, even in Belarus, Chinese craftsmen were able to “move” us a little. The problem is that the main potential buyers for the products of both the Russian and Chinese defense industry are the same. These are countries that for a long time exploited, as a rule, weapons and Soviet-style equipment developed and manufactured in the USSR. States for which the purchase of weapons made in the United States is problematic is either too expensive or simply will not be sold ... For the most part, we are talking about not so small markets in Africa, the Middle East, and Southeast Asia. There is something to fight for, and the Chinese comrades are doing it in their usual manner - assertively and aggressively, using all the levers and means to "drown" competitors. "

It is unlikely that it will be possible to present Beijing with a formal claim in this case. After all, publications are not in state publications (which by no means makes them less harmful), and it is unlikely that the Kremlin will want to spoil relations on such a not very significant occasion. However, it is necessary to definitely pay attention to emerging bad trends. Well, and of course, respond to them accordingly, at least, also at the non-state level.
Ctrl Enter
Noticed oshЫbku Highlight text and press. Ctrl + Enter
We are
Ukraine from the inside: traitors, curators and those who watch from the Kremlin
Ten "defeats" of Putin
Reporterin Yandex News
Read Reporterin Google News
30 comments
Information
Dear reader, to leave comments on the publication, you must sign in.