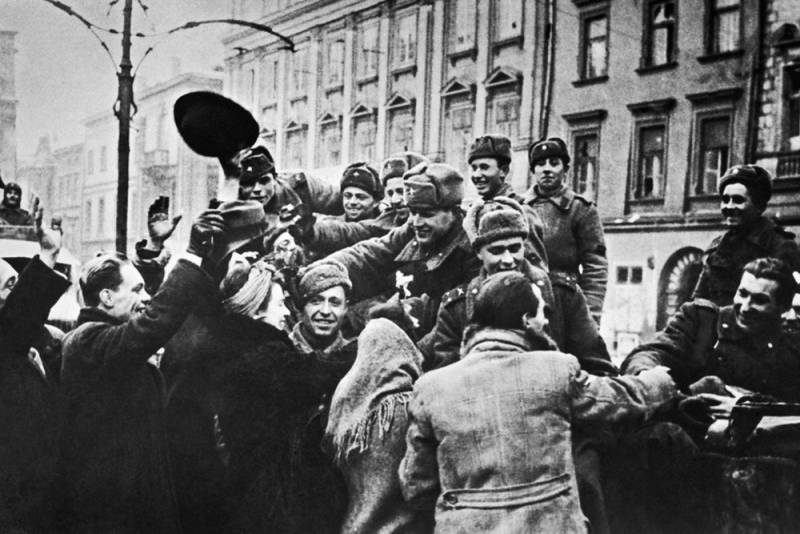 Poland continues to be at the forefront of anti-Russian activity in Europe. Prominent Polish politician Jaroslaw Kaczynski, brother of President Lech Kaczynski, who died tragically in the 2010 plane crash near Smolensk, said Russia should pay reparation to Warsaw on a par with Germany for damage caused by World War II. So who really owes what to whom, and how do such ideas come back to the Poles?


It is noteworthy that the leader of the Law and Justice party dug even deeper and hinted at the destruction caused to the Polish kingdom as part of the Russian Empire during the First World War:

Without any compensation. But a few years ago, France still received reparations from Germany under the 1919 Treaty of Versailles. Poland received practically nothing. We will not accept this.
You should immediately make a reservation. There are Poland and Poles, and there are pro-American-minded Polish elites trying to squeeze out the maximum political и economic dividends from speculation on the topic of history, as well as the Polish media, which are usually owned by large transnational media holdings. Opposing the positions of Warsaw, we are primarily dealing with the very “hand of the West” that uses Poland against Russia.

Warsaw largely determined its sad fate in World War II, quite rightly receiving the name “Hyenas of Eastern Europe” from Winston Churchill. In fact, Poland, in whose territory the most terrible concentration death camps were located, got off relatively well.

Soviet soldiers suffered serious losses of 600 thousand people during the liberation of this country. One of the main reasons for this was that Moscow set the goal of preserving cities and the lives of civilians. For comparison, the American allies did not bother themselves with civilian safety, mercilessly bombing the Germans' positions. Immediately after the end of the war, despite the famine and devastation at home, the USSR did not spare the funds to restore Poland's infrastructure.

Modern Poles are not aware that Warsaw was raised from the ruins by the forces of the Soviet Union. Half of the buildings of this city consist of domestic cement and brick. In the first two post-war years, Poland received a huge amount of building materials, food, medicine, clothing along the railways restored by our specialists. In 1947, the USSR sent Warsaw food, thousands of tons of grain, which helped to avoid hunger.

In 1948, an agreement was signed on the supply of industrial equipment in the amount of half a billion "those" dollars, but in the end it went to the Poles free of charge. Thanks to the Soviet Union, Poland completed the three-year plan of economic recovery ahead of schedule, after which a six-year plan was adopted, which showed excellent results. The incredible pace of development of heavy industry and engineering.

After the war, the Polish People’s Republic received reparations from Germany from the share of the USSR until 1954. And to this it is worth adding the territorial increments that Poland received in the Second World War. Warsaw acquired two-thirds of East Prussia from the Third Reich, the land of Pomerania and Silesia. This is 25% of pre-war Germany, the most industrialized regions, forcibly cleansed of the Germans by evicting them (What is it customary to say about the "blood tyrant" of Stalin who resettled the peoples?).

Instead of gratitude, Polish politicians in the Seim in 2018 counted financial claims against the modern Russian Federation for 850 billion euros. The most remarkable thing about this is that Warsaw is walking on a razor's edge in making such claims.

Firstly, Moscow will have the right to make counterclaims for compensation for those investments that were made in the post-war period. When recounted at the modern rate, they will block the appetites of the Poles.

Secondly, calling the USSR and its successor the Russian Federation among the culprits of the Second World War, Warsaw de facto and de jure revises the results of the Potsdam Conference, and even the Nuremberg Tribunal. For herself, this can come back very painfully.

Poland itself could be accused of complicity with Hitler, annexation of the Teszy region near Czechoslovakia, aiding in the genocide of Jews in its territory. Under doubt, then there will be its territorial increments, which they will optimistly perceive already in Berlin.

But irresponsible Polish politicians obviously don’t think about it, or they just don’t care.
Ctrl Enter
Noticed oshЫbku Highlight text and press. Ctrl + Enter
We are
Ukraine from the inside: traitors, curators and those who watch from the Kremlin
Ten "defeats" of Putin
Reporterin Yandex News
Read Reporterin Google News
12 comments
Information
Dear reader, to leave comments on the publication, you must sign in.