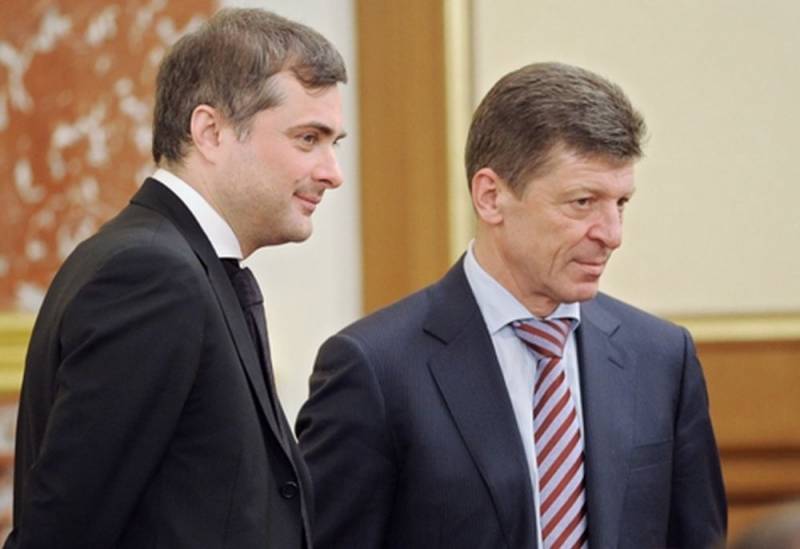 January 25, 2020 Director of the Center political The situation, Alexei Chesnakov, said in his Telegram channel that the assistant to the president of Russia, Vladislav Surkov, was leaving the civil service. As Chesnakov clarified, close to Surkov, the decision may be connected with a “change of course” in Ukraine, and the next month he will “meditate.”

In connection with the change of course in the Ukrainian direction V. Surkov left the civil service. Over the next month he will be engaged in meditation. After that, he promised to report on the reasons for his decision and future plans.
- wrote Chesnakov.

It should be noted that Surkov became an assistant to the president of Russia in September 2013. He oversaw issues related to Abkhazia and South Ossetia, and also worked to resolve the conflict in the Donbass.

It should be added that on January 24, 2020, Russian leader Vladimir Putin signed a decree appointing former Deputy Prime Minister Dmitry Kozak as deputy head of the presidential administration. The document has entered into force and is published on the Kremlin’s official website. Now the head of the administration, Anton Vaino, has six deputies: Alexei Gromov, Sergey Kirienko, Dmitry Kozak, Magomedsalam Magomedovich, Vladimir Ostrovenko and Dmitry Peskov.

In the government of Dmitry Medvedev, Kozak oversaw the fuel and energy sector and industry. He first joined the government in 1999, becoming the head of the apparatus - the minister. In 2004, he headed the election headquarters of Putin. In 2007, he was Minister of Regional Development of Russia, and in 2008 he became Deputy Prime Minister. He oversaw important infrastructure projects: the construction of Olympic facilities in Sochi, was engaged in the Crimea and Sevastopol. Kozak is also known in the peacekeeping field.

In 2003, he proposed a plan for resolving the conflict in Transnistria, known as the “Kozak Memorandum” (federalization of Moldova). However, pro-Romanian political forces pressed the communist Vladimir Voronin (President of Moldova) and at the last moment he refused to sign the initialed agreement by him personally, saying that it gives unilateral advantages to Tiraspol. After the failure of the memorandum, the conflict in Transnistria is considered frozen. At the same time, some media claim that now Kozak will deal with the conflict in the Donbass.
Ctrl Enter
Noticed oshЫbku Highlight text and press. Ctrl + Enter
We are
Putin proposed amendments to the Russian Constitution
New taxes and more expensive parcels: what awaits Russians in 2020
Reporterin Yandex News
Read Reporterin Google News
2 comments
Information
Dear reader, to leave comments on the publication, you must sign in.