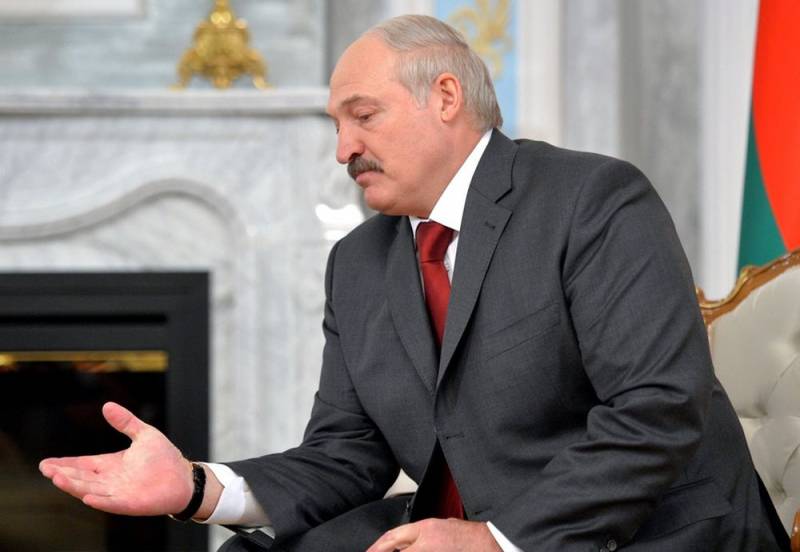 President of Belarus Alexander Lukashenko continues to demonstrate "brotherly" feelings for Russia. Recently he was outraged "Oil crisis" that arose in relations between Minsk and Moscow. Now Lukashenko has authorized the government to negotiate with Moscow on the supply of Russian gas and its transit through the territory of Belarus.


It should be noted that the contracts between Gazprom and Gazprom Transgaz Belarus for the supply of gas to Belarus and its transportation through the country were valid until the end of 2019. However, on December 31, 2019, Moscow hosted a working meeting between the head of PJSC Gazprom Alexey Miller, the ambassador of Belarus to Russia Vladimir Semashko and the head of the Ministry of Energy of Belarus Viktor Karankevich. As a result, Miller and Semashko signed a Protocol between Gazprom and the Government of Belarus on the pricing procedure for the supply of natural gas to Belarus in January and February 2020 (Belarus will receive gas at the price of 2019, i.e. at $ 127 per 1 thousand cubic meters).

In addition, PJSC Gazprom and OAO Gazprom Trans Belarus signed an additional agreement on the extension until 2021 of the contracts for the supply of gas to Belarus and its transportation through the country. According to the agreements, the contractual volumes of deliveries and transit in 2020 remained at the level of 2019.

And so, Lukashenko signed a decree approving the draft protocol on amending the agreement with Russia on gas supplies and transportation. At the same time, he allowed the government of Belarus to make amendments to the document that are not of a fundamental nature. The decree of the head of state has already been published on the national legal Internet portal.

We remind you that before this, the Minister of Energy of Belarus Viktor Karankevich said that his country plans to resume negotiations with Moscow on gas supplies in 2020 by the end of January this year. This indicates that Minsk hopes to bargain for itself even more favorable conditions.
Ctrl Enter
Noticed oshЫbku Highlight text and press. Ctrl + Enter
We are
Lukashenko accused Russians of barbarism
Gazprom reported: Nord Stream-2 is 40% ready
Reporterin Yandex News
Read Reporterin Google News
8 comments
Information
Dear reader, to leave comments on the publication, you must sign in.