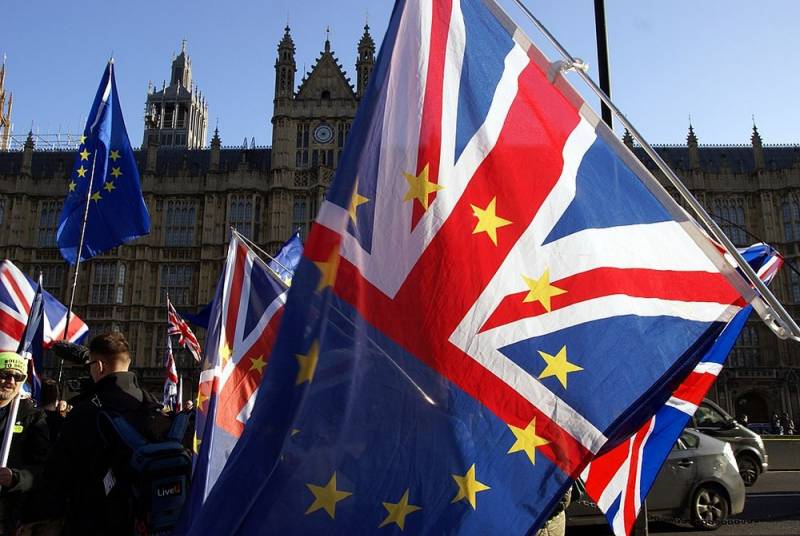 With each signed document, Britain’s withdrawal from the European Union takes on an increasingly tangible outline.

On this occasion, Charles Michel wrote on his Twitter page:

Today, together with Ursula von der Leyen, I signed an agreement on Britain's exit from the European Union. Everything will inevitably change, but our friendship will continue. We are starting a new chapter as partners and allies.
A few days later, on January 29, it is planned to ratify the agreement in the European Parliament, after which on January 31, at 23 p.m. GMT, Foggy Albion will officially leave the “family of European peoples”, which has not become its own.

Despite optimistic statements by European officials about friendship and the “new chapter” as partners and allies, it is obvious that Great Britain, which was in the orbit of US influence, was not up to all this fuss.

The period of "separation" of Brussels and London will last until the end of 2020. During this time, the parties will have to work out and conclude a trade agreement.
Ctrl Enter
Noticed oshЫbku Highlight text and press. Ctrl + Enter
We are
It became known about the plans of Germany to land a parachute landing in the Donbass
Head of the European Commission: We must communicate with Russia from a position of strength
Reporterin Yandex News
Read Reporterin Google News
2 comments
Information
Dear reader, to leave comments on the publication, you must sign in.