“We have something else”: Putin answered the question about the “Great Russian Wall” 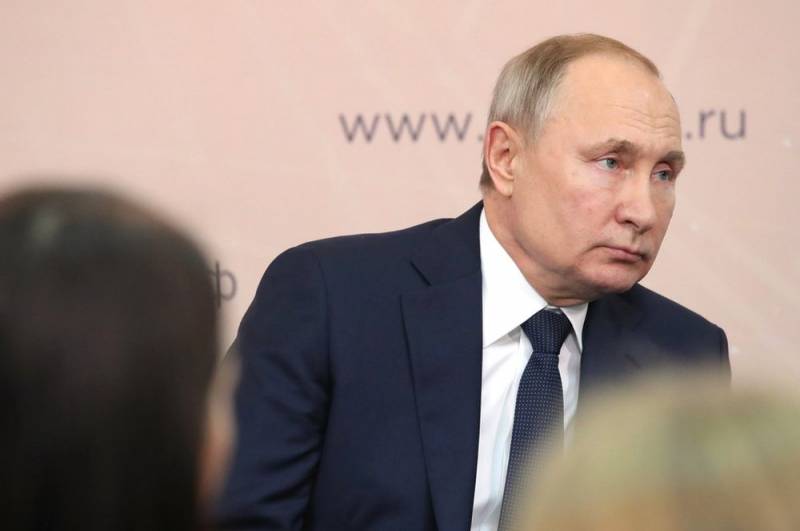 On January 22, 2020, during a meeting of Russian leader Vladimir Putin with representatives of the public in the city of Usman, Lipetsk Region, he was asked a large number of questions. The meeting lasted two hours and its transcript was posted on the Kremlin’s official website.


It should be noted that Putin’s words were voiced at the event, which some media have already interpreted as approval of the construction of the Great Russian Wall, by analogy with the Great Wall of China. In fact, everything looks as described below.

It all started with the fact that the president of the Lipetsk regional scientific public organization “Archeologist” Bessudnov Alexander Nikolaevich took the floor, who began his story with a story about love for grants.

I am the winner of the project, which was supported in due time by the Presidential Grants Fund, called the project “Protection, Monitoring and Study of the Archaeological Heritage of the Lipetsk Region”
- said Bessudnov, expressing gratitude on behalf of the NPO for support, noting the growing support from the federal government.

After that, Bessudnov asked Putin that there should be co-financing, “as the Russian Federal Property Fund does,” so that the region would participate and there should be support for the Presidential Grants Fund.

How do you know how the RFBR works?
- Putin asked him.

And therefore, this is one such point that I would like you to consider. And if possible, it would certainly have a huge effect across the country. And the second question. Recently, and not only recently, I always watch you in all the news etc. And I see your special friendship with Xi Jinping and our special relationship with China, and so on. But you understand, there is such a small inequality. Why? Because Xi Jinping has the China Wall, but we don't
- said Bessudnov.

We have something else
- Putin drew attention.

This moment is fate. The city of Usman is located on the Belgorod border line, which in the XVII century had a length of about 800 kilometers - from Tambov and almost to Kharkov. In many places, ramparts and redoubts, the remains of them, and ditches, and so on were still preserved. And what is the current situation? If in the XVII century it was a monolithic wall that protects us from the penetration of the steppes, now it is fragmented into regions. And of course, this is only within the power of the President
- expressed his desire Bessudnov.

Stepanyaks are now with us. What to share?
- Putin was surprised.

Bessudnov said that he understands the president and knows that the head of state supports archeology and tourist destinations.

It would be a wonderful tourist route along this wall - it’s understandable so far to the border with Ukraine, but nonetheless - it would be wonderful if we collect the governors of the four regions through which this route passes, and so that they can agree. Because the question of land is now very acute, that is, the question of solving these problems, which are associated with the organization of something on the ground
- sure Bessudnov.

The question of organizing a tourist route?
- Putin specified.

A tourist route and, perhaps, some kind of reconstruction. This is a ten-year, twenty-year project, of course, not one year
- answered Bessudnov.

Before gathering the governors - it’s not difficult, I’ll talk with my colleagues - I’ll also ask the relevant departments of the Government that are involved in domestic tourism should be engaged, and we’ll go along their lines and see what can be done there. I’m just not ready to answer you, I don’t know how much there is and what is required, and what kind of financing is needed, what are the prospects there from the point of view of filling the project itself. Let's see it's interesting
- Putin said.

As for grant support at the regional level for your type of activity ... <...> Alexander Nikolaevich, your instructions have been fulfilled. We have allocated an additional three billion this year, three billion in 2020 and mainly for co-financing these projects in the regions of the Russian Federation
- summed up Putin.

Given the above, there is no talk of building the Great Russian Wall, either literally or figuratively.
Ctrl Enter
Noticed oshЫbku Highlight text and press. Ctrl + Enter
We are
Putin rebukes NBC correspondent at energy forum
US State Department: Venezuelan Civil War Scenario Ready
Reporterin Yandex News
Read Reporterin Google News
Ad
We are open to cooperation with authors in the news and analytical departments. A prerequisite is the ability to quickly analyze the text and check the facts, to write concisely and interestingly on political and economic topics. We offer flexible working hours and regular payments. Please send your responses with examples of work to [email protected]
2 comments
Information
Dear reader, to leave comments on the publication, you must sign in.