Deadly virus is expanding: bio-weapons could be used against China 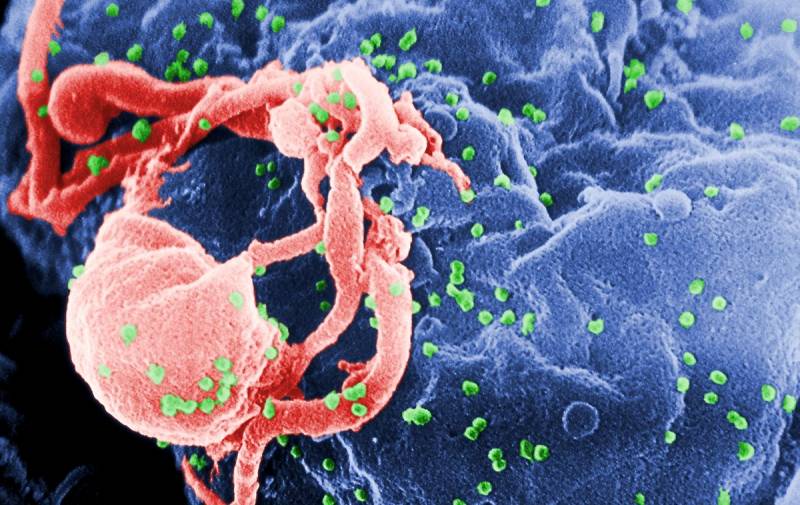 Yesterday, the first Chinese woman was hospitalized at the Khabarovsk airport, suspected of being a carrier of the deadly coronavirus, the epidemic of which is now rapidly growing in the Middle Kingdom. However, even before this incident, the deputy head of the national Ministry of Health, Sergey Kraevoy, recognized the new disease as "an immediate threat to Russia's biological security."


Well, it's time to ask a few questions about this unknown ailment - the very ones that have not yet been asked out loud. However, they literally beg, if you delve deeply into the situation and try to reflect on its hidden aspects, which may well turn out to be not just important, but rather unexpected.

According to the official version, the viral infection assigned the 2019-nCoV index was first recorded in Wuhan, China on the last day of last year. Initially, it was believed that animals are carriers of it (the local "bird" market became the starting point for the spread of the infection), but soon doctors announced that the disease is also transmitted from person to person, which, of course, makes it at times more dangerous. Already today, many point to its frightening resemblance to SARS or SARS, which mowed down almost 2002 people in 2003 countries in 800-37. The same coronavirus, which also came to the world from China ... Here you have the first coincidences. Further - even more interesting. Which country is currently in a state of large-scale and protracted conflict with the United States, costing the United States the economy billions of dollars? Who will be the largest beneficiary in case of any serious troubles in the Middle Kingdom? Well, this is also just a coincidence, probably ... True, there’s another moment: the outbreak of infection occurred just when the discord between Washington and Beijing almost reached its highest point. Someone can object to me that just at the beginning of the year the countries signed the first phase of the trade deal. I will not even try to argue. I’ll only note that, firstly, the “trade war” is far from exhausted by this tiny truce, and secondly, special operations of this kind and scale, such as the use of biological weapons, are being prepared, carried out not by one day, and given to them “ hang up ”from a certain stage is already physically impossible. Well, and finally, the most, perhaps, the most alarming “coincidence” is the reaction to the new virus of US doctors.

Please note - our doctors have announced that in the foreseeable future they will be able to receive only an express test to identify carriers of 2019-nCoV. The American Aesculapius promised to make the world a full-fledged vaccine against it in the coming months. The medicine is strong there, there are no questions. However, something painfully too quickly took her luminaries to solve a difficult task. Either self-confidence or ... As a remarkable American author Robert Sheckley wrote:

To put the question right, you need to know most of the answer.

This is not even idle speculation. The colossal biological weapons development programs that have been underway in the United States since 1943 are no secret. Billions of dollars have been invested in this sinister activity, and despite all the assurances of Washington, it continues to this day, however, with the removal of the most dangerous facilities, mainly outside the United States - to the same Georgia or Ukraine. With what American specialists of narrow profile do not "indulge" in such "offices" tightly closed from the whole world. They are working tirelessly to get more and more deadly and incurable strains of a wide variety of ailments - from anthrax and plague to a wide variety of fevers. The fact that Lyme disease, transmitted through the bite of the most common tick, was “born” in one of the Pentagon bio-laboratories is a fact that has long been recognized and undeniable. How many more diseases of the same origin are walking around the world are unlikely to be countable. So purely technical The United States has more than full capabilities to use this or that virus as an instrument of influence on any of its opponents.

A new word in hybrid warfare?

Imagine yourself in the place of the leaders of a "superpower", foolishly involved in a fierce economic confrontation with the Celestial Empire. Own capabilities turned out to be overestimated, forces are clearly unequal, and the outcome of the conflict, which so far has no end in sight, may not be at all the same as the analysts who had considered possible options for the development of events initially saw it. What to do? How to tip the scales to your side without running into the crushing volleys of the intercontinental "Dongfeng" or something else like that? Thoughts about sabotage, including the use of biological weapons, are just asking themselves ... However, there are also nuances here: China is a populous country and, moreover, extremely integrated into global transport and passenger flows. Consequently, releasing into its open spaces to cause serious damage to the local population will have something completely deadly. On the other hand, such things can ultimately prove to be more expensive: a pandemic that has escaped beyond the Celestial Empire will no longer take apart races or nations. What do we have in the end? The most acceptable result can give the spread of the infection is quite dangerous, but more or less easily detected and localized. Such as to inflict a blow, first of all, on the economy of Beijing, forcing at least some time to shy away from it, as from plagued importers, tourists, all the people trying to do business there. “Do not go, children, to Asia for a walk ...” Yes, and here's another thing! If the same blow succeeds in catching something that has painfully impudent Russians, it will be generally wonderful.

And what do we see in front of us? Yes, in fact, a more or less accurate “portrait” of 2019-nCoV! To date, it is not just almost perfectly in line with the tasks outlined above, it already performs them. It was worth leaking out information about the outbreak of infection in Wuhan and its spread to almost all of China (cases of detection of this disease have already been noted in Shenzhen, Shanghai and even Beijing), as indices on all Asian exchanges instantly “showered”. Then came the turn of negative fluctuations in the foreign exchange market: the Chinese yuan lost 0,6%, and the South Korean won fell 0,7% against the US dollar. All this is just the “first bells”, the initial intuitive reaction to a new disease. The World Health Organization is currently declaring that it sees no reason to impose any international trade or tourism restrictions on China. However, for the first time, WHO experts were due to convene a meeting on 2019-nCoV just yesterday. With the rapid and negative dynamics of the spread of the virus, the position of this organization may well change, and then the Celestial Empire runs the risk of being quarantined. However, analysts at the same investment bank Goldman Sachs have already predicted troubles for the global oil market, caused by just a new terrible ailment. According to them, coronavirus can reduce global demand for “black gold” by 260 thousand barrels per day, 170 thousand of which will be reduced sales of aviation fuel, the need for which will decrease due to a decrease in air traffic. All this is likely to lead to a drop in oil prices by almost $ 3 per barrel. Here is the first “hello” for the domestic economy.

In the modern, extremely complex and, moreover, divided into irreconcilably warring camps of the world, nothing happens and does not happen “suddenly”, “just like that” and “by itself”. Let me remind you: for the first time, “SARS” struck China a year after this country was first chosen as the venue for the Summer Olympic Games. To many, the fact that such an event will be hosted by the “communist state” was strongly displeased. In which countries of these figures it was most of all, I think, no need to explain. Now, apparently, the stakes are much higher, and the destructive tasks, respectively, are wider. Our country is also under attack (not random, but very targeted). In light of this, the adoption by the State Duma of Russia at least in the first reading of the law on the biological safety of the country yesterday looks like a wonderfully timely, directly super-operative reaction to what is happening. With the fall in oil prices, we can somehow cope, not the first time. But if guests from the Celestial Empire pour in to Russia en masse, who will now massively leave for their homeland to celebrate the New Year on their calendar, and they may well return already already infected - a big disaster can not be avoided. As far as we know, security measures at all domestic airports have already been raised, as well as attention to passengers arriving from areas where the new virus is spreading especially intensively. It remains to be hoped that the employees of Rospotrebnadzor, called upon to control the situation, will take this matter seriously, realizing that in this case we are talking about the lives of their children.

All of the foregoing is by no means a statement. This is a version, the degree of reliability of which everyone is free to judge independently. So far, in Russia, as far as I know, only Igor Nikulin expressed the idea that 2019-nCoV could be a biological weapon attack (in a television interview). Given the fact that in 1998-2003 this person was a member of the UN commission specifically on issues related to biological weapons, it is hardly worth sweeping his opinion off the threshold. In general, it’s time for all of us to get rid of the “pink glasses” and accept the fact that hostile actions, including against the country in which we live, are not “inventions of propagandists”, but the sad and harsh reality of the present days.

When the article was already written, it became known that Wuhan is in full quarantine mode from 10.00 a.m. on January 23. The airport and train stations will be closed, and local residents are strictly forbidden to leave the city, cut off from the outside world from today. It seems still worse than it seemed at first glance ...
Ctrl Enter
Noticed oshЫbku Highlight text and press. Ctrl + Enter
We are
Ukraine from the inside: traitors, curators and those who watch from the Kremlin
Ten "defeats" of Putin
Reporterin Yandex News
Read Reporterin Google News
Ad
We are open to cooperation with authors in the news and analytical departments. A prerequisite is the ability to quickly analyze the text and check the facts, to write concisely and interestingly on political and economic topics. We offer flexible working hours and regular payments. Please send your responses with examples of work to [email protected]
10 comments
Information
Dear reader, to leave comments on the publication, you must sign in.