NATO will look deep into Russia with the help of drones 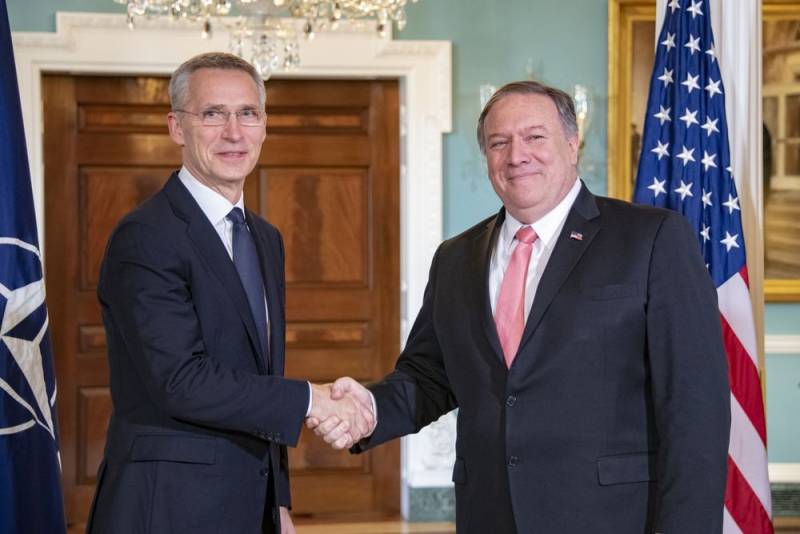 The well-known Norwegian Russophobe, Secretary General of the "peace-loving" NATO bloc Jens Stoltenberg in an interview with the newspaper Verdens Gang (Norway) said that the modernized strategic drones of the Alliance, flying over the territory of NATO member countries, will be able to fix with their equipment what is happening in neighboring states.

They will fly over NATO territory. But they will be able to record what is happening far beyond the borders of our neighboring country.
Stoltenberg said hopefully.

The drones in question are the modernized American Global Hawk. They can fly up to 30 hours without refueling, rising to a height of more than 18 km. At the same time, their equipment will be able to record everything that happens in a radius of more than 200 km.

According to Stoltenberg, these unmanned “strategists” give the Alliance a “unique advantage” that Moscow and Beijing do not have. He specified that two such drones are now being tested in Sicily (Italy). In 2020, three more of the same will be added to this couple. In all, the Alliance allegedly ordered 10 pieces of such drones.

It should be recalled that drones of foreign states, mainly the United States, regularly appear on Russian borders. At the same time, Washington does not respond to Moscow’s calls to stop such activities. In turn, the Russian expert community has already expressed an opinion on the words of Stoltenberg.

The NATO system AGS uses high-altitude drones of long duration Global Hawk flight version Block 40 developed by the American company Northrop Grumman. It is known that the first drones, after several years of delays, have recently arrived at the Italian air base Sigonella
- specified Fedutinov.

The expert explained that these UAVs can fly at an altitude of up to 20 km. From such heights, the distance to the horizon exceeds 500 km. Therefore, these drones can really provide surveillance over a fairly wide strip of Russian territory. But that will not change much.

Fedutinov stressed that talking about the fight against such unmanned aerial vehicles is possible only when they cross the airspace of Russia.

At the same time, speaking about promising Russian drones, the expert mentioned the Altius UAV, the Kazan division of the Ural Civil Aviation Plant.

Its glider is made according to the normal aerodynamic design with a high wing and a V-tail. The maximum take-off weight of the drone exceeds seven and a half tons. In the design of the drone, composite materials are widely used. He will be able to fly for up to two days. The range is not limited due to the use of the satellite channel
- the expert noted.

Fedutinov added that as a payload with a total weight of up to one ton, an optical-specific reconnaissance station and a side-view radar can be installed on the indicated UAV. The expert has no doubt that the Russian Ministry of Defense attaches great importance to this project. This gives grounds for the expert to optimistically assess the prospects for the implementation of the mentioned project.
Ctrl Enter
Noticed oshЫbku Highlight text and press. Ctrl + Enter
We are
Stoltenberg told how in the XXI century, NATO continues to fight with Stalin
US sent planes to monitor Crimea
Reporterin Yandex News
Read Reporterin Google News
Ad
We are open to cooperation with authors in the news and analytical departments. A prerequisite is the ability to quickly analyze the text and check the facts, to write concisely and interestingly on political and economic topics. We offer flexible working hours and regular payments. Please send your responses with examples of work to [email protected]
2 comments
Information
Dear reader, to leave comments on the publication, you must sign in.