Lukashenko risks: the “oil war” of Moscow and Minsk is nearing completion 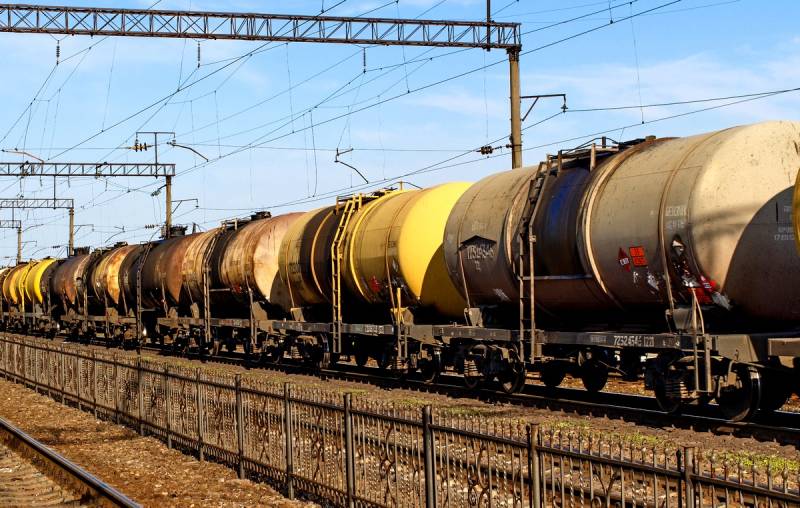 In recent days, reports have begun to arrive that suggest that in the protracted conflict between Belarus and Russia over the supply of energy from our country and their transit to Europe, at least some positive shifts have been outlined. According to available information, negotiations on a rate for oil transportation through the Belarusian Druzhba section have been completely stalled due to the fact that the parties managed to reach a temporary compromise.


There is also progress on the issue of paying Minsk compensation for dirty oil, which disrupted the operation of both the pipeline and the Belarusian refineries last year. Today it is already possible to try to make some predictions as to what the settlement of the very difficult "oil issue" for both countries may ultimately come to. Who will ultimately be the gain, and who will calculate the loss?

In war, as in war

As it became known from informed sources, the price of transit of Russian oil through Belarus on February 1, 2020 will be automatically indexed. Minsk demanded its increase by 16.6%, recalling Moscow "the losses incurred as a result of pollution of" Friendship "by chlorides." Nevertheless, the Russian side did not support the attempt to "count" everything in a row, mercilessly mixing constant and one-time payments, and did not agree to such an option. The maximum that Belarusians managed to “squeeze” was an increase in the transit fee by 6.8%. At the same time, 3.8% is a pre-agreed “correction” for inflation. Except for another 3%, Belarusians can record themselves in the “victory standings”. However, this is all, as mentioned above - only a temporary compromise. Already this summer, the Belarusian side is determined to take on the old - again to “twist the arms” of our Transneft, only taking into account the “environmental tax” invented by Lukashenko and compensation for “dirty oil”. At the same time, the press service of the Belarusian government recently announced that during negotiations with the participation of Deputy Prime Minister of Belarus Igor Lyashenko, an agreement had already been reached on “common approaches and methods” for compensation for this damage by the Russian side. Any exact numbers and deadlines have not yet been announced. One can only hope that in Minsk today they approach the issue more realistically than in October, when the first deputy foreign minister Andrei Yevdochenko, speaking of "damage", declared "about 1.5 billion dollars lost on the export program."

In this case, the diplomat, though, apparently, by the habit firmly rooted in some of his compatriots, again dumped in one “heap” and “dirty oil”, and “tax maneuver”, and something, it seems, still. The main thing is that the figure is very impressive. Let's see how these dimensionless appetites will be reduced by the time of new negotiations. Let's not forget: recently, Minsk has made it very concrete that, if the conflict continues, the “weapon” in it will most likely be the obstruction of the transit of Russian energy carriers to Europe, carried out under various pretexts. For example, OAO Gomeltransneft Druzhba warned of their intentions to arrange monthly repairs on its 1300-kilometer pipeline section. It turns out that in the course of the audit conducted last year, it was revealed that there was an “accumulation of defects”. It is clear that this will automatically mean a complete or partial cessation of transportation of “black gold” for some time. The first "demonstration performance" of this kind has already been carried out: on January 14, repairs were carried out on the Mazyr-Brest-3 section, as a result of which oil pumping in the direction of Poland fell immediately by 50% to 70 thousand tons per day. On January 17, the pipeline returned to normal operation and deliveries resumed in full. Nevertheless, to take this demarche should definitely be a warning to Moscow: we want it, and there will be no transit!

Minsk chose a demonstrative search for “alternative oil” as another “measure of psychological impact” on Russia. According to the statement of the first Deputy Prime Minister Dmitry Krutoy there, “the corresponding proposals were sent to everyone” - to Kazakhstan, Azerbaijan, Poland, the Baltic states and even to Ukraine. According to the official, “all the factories of the Belarusian oil company are negotiating on a daily basis” on this issue. At the same time, Minsk laid one of the main hopes on Kazakhstan and made more than concrete "curtsies" in relation to it, which is confirmed by the Ministry of Energy there. Its leader, Nurlan Nogaev, took part in a meeting with Ambassador Extraordinary and Plenipotentiary of Belarus to Kazakhstan Anatoly Nichkasov and Vice President of the Belneftekhim concern Andrei Bunakov, during which the latter announced his desire to acquire more than 3 million tons of Kazakh oil per year. The idea is tempting, but Nur-Sultan is well aware that its implementation depends entirely on the favor of Moscow, which is the main owner of the same "Friendship". That is why the Kazakh side is still very restrained about the “elaboration of the issue” and the need for “commercial interest” of its companies in deliveries to Belarus, especially if they are not carried out through the pipeline ... However, as they say, “ an oral agreement ”with Transneft on the use of its capacities for such transit has, it seems, already been reached. So Belarus is in the East. But what about the West? After all, it seems that many vied with each other were eager to assist Minsk in "getting rid of energy dependence on Moscow"?

European "bummer": there is support, there is no oil ...

One of the countries, right after headlong rushing to its neighbors "to the rescue", was Latvia. Still - after all, the proceeds in the event of success promised to be good ... Lukashenko even met with the local Prime Minister Krishyanis Karins - probably fray "for diversification". However, the Minister of Transport of Latvia Talis Linkaitst, who spoke after that, poured a large tub of ice water onto Minsk’s head, which could not only cool, but freeze its hot gusts into the ice for a “jerk to the West”.

We are ready to pump oil! The necessary infrastructure is available, only nuances need to be discussed ...
- the minister said.

The “nuances”, as it turned out, consist in the need to invest quite considerable amounts in the “reanimation” of the Polotsk-Ventspils oil pipeline, now God knows how many years have quietly rusted in a completely inoperative state. Obviously, the Belarusian side will have to do this - Latvians are not stupid to invest in such things. You can, of course, carry oil by rail, but transportation will cost a lot more than piping. A completely similar situation with another potential “helpers” - Polish. On January 14, the press service of the Polish operator of the Druzhba oil pipeline company PERN made an official statement stating that reverse energy supplies to Belarus are currently impossible in principle. That is, theoretically, Warsaw is as if ready, but ... Again, "investments are required." And, naturally, Minsk will have to do them.

Moreover, due to its much greater appetites and ambitions, Poland is not ready to limit itself exclusively economic side of the question. There, Lukashenka more than transparently hints at the need to adopt certain “political declarations ", which, you know," guarantee the reliability and long-term of the project. " That is, in human terms, a break in relations with Russia and a complete rejection of energy supplies from her side. No other way. Well, and finally, the most important thing. Poles and Latvians have pipelines and compressor stations. They have no other - their own oil. They are ready to pump anything, but the Belarusians will have to buy this “something” from whom and at what price. Most likely - from those who will be indicated by the transit countries, who are interested in solving their own issues due to this. The fact that the contents of the pipelines going to Belarus can be called "black gold" without any quotation marks does not raise the slightest doubt. In the world markets, no one will provide Alexander Grigorievich with any discounts or benefits - even in exchange for the warmest assurances of "brotherhood" and "friendship". And the project of a state allied with it in the same Saudi Arabia is unlikely to be interested. That is, the situation with the production of high-quality and inexpensive petroleum products from super-cheap raw materials, which are always in demand on the markets, which for many years supported the Belarusian economy "afloat", will be covered with a copper basin in any case.

Incidentally, the same Poles are frankly perplexed about this: according to their calculations, last year at world oil prices of $ 67 per barrel (on average), Belarus had it from Russia for 50 dollars or even cheaper. Is it bad or what ?! Well, of course, a tax maneuver is coming now, however, it’s still more profitable than buying the same oil, God knows where, and even with serious overhead costs for reworking pipelines or, even worse, transportation by rail. No, you want - we will swing, we will carry. Sorry or what? Any whim for your money ... So far, the only real deal in "alternative oil" that seems to be concluded by Minsk is the purchase of a consignment of Norwegian oil Johan Sverdrup by the Belarusian Oil Company (BNK) with delivery to the Lithuanian port of Klaipeda, where it should go January 22. However, firstly, we are talking about 80 thousand tons, which is simply a drop in the ocean for Belarus, and secondly, this is just the case when the oil obtained is “golden”. Its transshipment and delivery to the Novopolotsk refinery will cost more than $ 20 per ton. And this is when buying at market prices ... Recall: Russia plans to supply more than 2020 million tons of oil to Belarus in 24. Minsk today speaks of the needs of 17 and a half million tons, obviously, firmly counting on “alternatives” in the form of energy from Kazakhstan and other sources. Be that as it may, the lion's share should still come from our country. And the same "Kazakh transit" is generally excellent! Surely, Moscow will agree to go through our sections of Friendship. This will be the best guarantee that in the future there will be no problems for the flow of Russian "black gold" going to Europe. It doesn't matter due to repairs or for any other reason ...

Presumably, the acute phase of the "oil war" will end very soon. Mutual claims and requirements, of course, will remain, but they will be resolved already in the working order. It is definitely better for Russia to lose some small part of the Belarusian energy market than to comply with the completely extortion demands of Minsk. In turn, the same Lukashenko must understand that while continuing to drag out negotiations on the transit of Russian oil, exposing over and over again in their process far-fetched, obviously unrealistic conditions, he risks losing all energy resources. Will Belarusians replace “hot support” of the West or vague promises of the East with fuel in the tanks of their cars? I doubt it very much.
Ctrl Enter
Noticed oshЫbku Highlight text and press. Ctrl + Enter
We are
Bet on the black: why Lukashenko "oil war" with Russia
Peace enforcement operation. Russia inflicts a preemptive strike on Kiev
Reporterin Yandex News
Read Reporterin Google News
Ad
The publication is looking for authors in the news and analytical departments. Requirements for applicants: literacy, responsibility, efficiency, inexhaustible creative energy, experience in copywriting or journalism, the ability to quickly analyze text and check facts, write concisely and interestingly on political and economic topics. The work is paid. Contact: [email protected]
6 comments
Information
Dear reader, to leave comments on the publication, you must to register.
I have an account? Sign in