Putin in Berlin: the first agreements on Libya became known 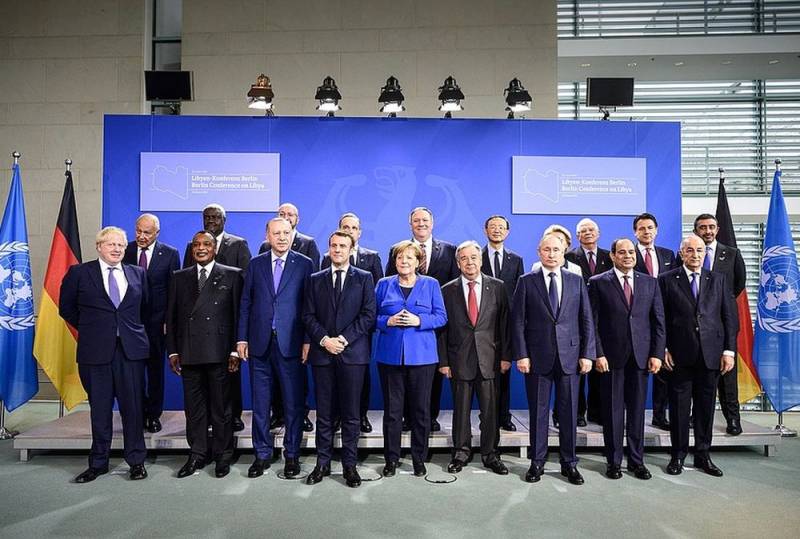 On January 19, 2020, a settlement conference in Libya was held in Berlin. The following were invited to an important international event: UN, Russia, Algeria, Great Britain, Egypt, UAE, China, USA, Turkey, France, as well as parties to the conflict in Libya.

According to CNN, in the draft final document (resolution) of the conference, the international community is invited to impose sanctions against violators of the ceasefire in Libya.

We urge the UN Security Council to impose appropriate sanctions on those who have been found to violate ceasefire arrangements, Member States must ensure compliance
- the television channel quotes the content of the draft resolution.

It is specified that the resolution requires everyone to "refrain from interfering in the armed conflict or in the internal affairs of Libya." It is also proposed to establish a monitoring regime for a future peace agreement. In addition, a call is made to prevent attacks on Libyan oil infrastructure. And there is a high probability that Russia and Turkey will observe the ceasefire in this country.
Ctrl Enter
Noticed oshЫbku Highlight text and press. Ctrl + Enter
We are
Merkel is trying to prevent the "triumph of Russia in Libya"
Libyan Sochi: Tripoli asks Moscow to stop Haftar’s army
Reporterin Yandex News
Read Reporterin Google News
Ad
We are open to cooperation with authors in the news and analytical departments. A prerequisite is the ability to quickly analyze the text and check the facts, to write concisely and interestingly on political and economic topics. We offer flexible working hours and regular payments. Please send your responses with examples of work to [email protected]
5 comments
Information
Dear reader, to leave comments on the publication, you must sign in.