Medvedev called the reasons for the resignation of the government 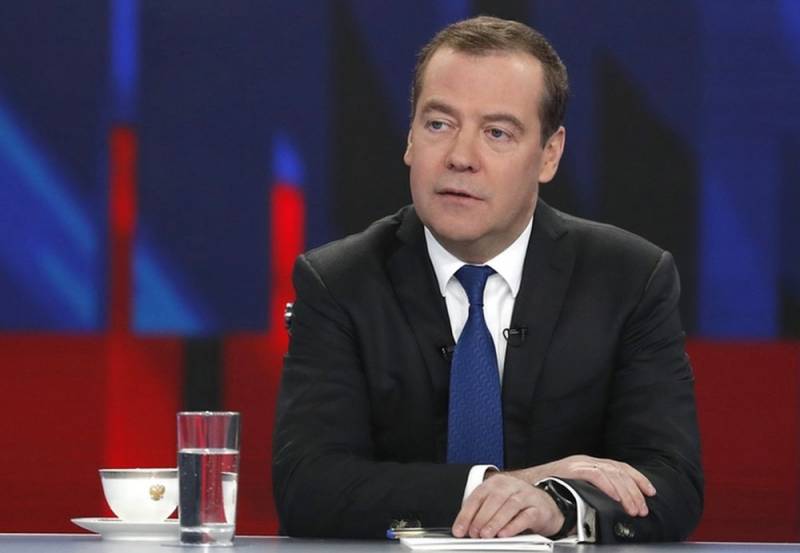 On January 18, 2020, ex-Prime Minister of Russia Dmitry Medvedev announced the reasons for his resignation. In his opinion, this is due to the tasks of political renewal of the country and the time factor. About this Medvedev said in an exclusive interview Channel One.

The first and most important thing that I said when we met with the president after the message on January 15 of this year, that the message outlines such ambitious tasks for updating political systems, to a certain extent even a change in the balance of powers in the country — this applies to both the government and parliament, partly the president, the judicial system — that in order to make all these decisions, the president must be absolutely free to discuss and take them without regard to any other factors. Including government factor
- said Medvedev.

The second reason Medvedev called the time factor. He recalled that he had been at the post of head of government for almost eight years. And this must be taken into account.

The government that I headed - and this is the second government I headed - in total, the duration of these two governments in our country amounted to almost eight years. This is a huge time. For the recent history of Russia, this was the first time
- specified Medvedev.

Medvedev stressed that so much time in the Soviet and tsarist periods "no one has dealt with these issues for so long, with the exception of individual figures." In his opinion, the resignation of the government should be treated absolutely calmly, "there is nothing unusual in this." This happens in all countries.

Medvedev added that when a government is formed, the head of state always discusses not only the appointment, but also the possible resignation. And this is completely normal.

In general, Medvedev is pleased with the way the Russian government worked in 2012-2020. He admitted that there were both painful issues and a number of unresolved issues. But let people give the final assessment.

I’ll say straightforwardly that as a person who has been responsible for the work of the government for almost eight years, I’m generally satisfied with how things went and how the highest executive authority worked
- said Medvedev.


According to Medvedev, the government headed by him worked in an extremely difficult period. He recalled the second wave of the global financial crisis, the fall in energy prices, the reunification of Crimea with Russia, Western anti-Russian sanctions and the introduction of import substitution.

On the other hand, we relied on replacing many types of goods, food on our shelves, on store shelves and simply creating new Russian products and goods. It was also a very serious and great job.
- remarked Medvedev.

Medvedev called it important to maintain macroeconomic stability and rising prices. Indeed, thanks to the government and the Central Bank, inflation has been reduced from 15% to 3%. He also recalled working on federal programs and national projects. In conclusion, Medvedev thanked everyone he worked with.
Ctrl Enter
Noticed oshЫbku Highlight text and press. Ctrl + Enter
We are
Putin proposed amendments to the Russian Constitution
New taxes and more expensive parcels: what awaits Russians in 2020
Reporterin Yandex News
Read Reporterin Google News
Information
Dear reader, to leave comments on the publication, you must sign in.